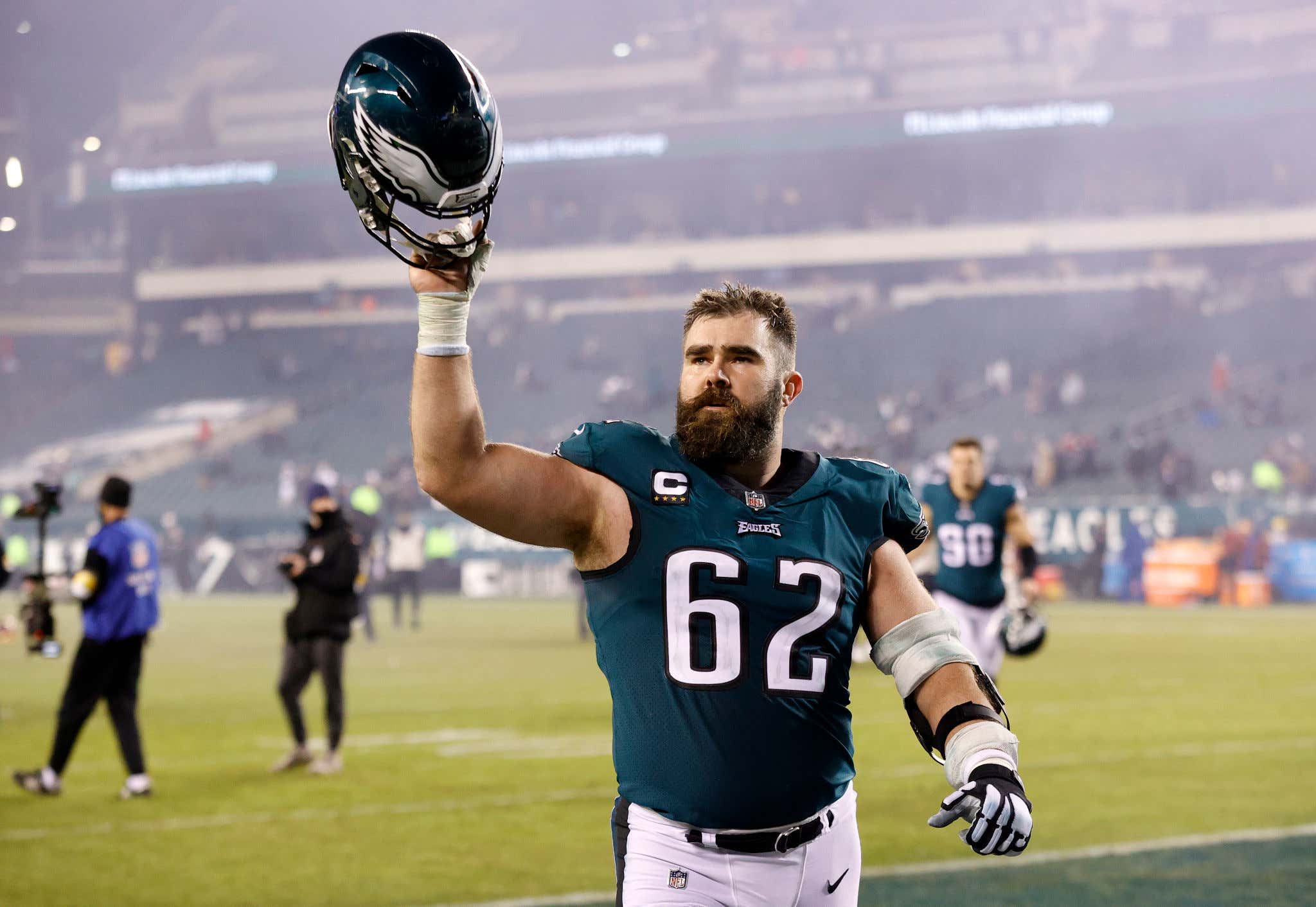 6'3". 295 lbs. A man of that stature should be powerful, sure. But fast? Quick? Elusive? Nimble? Sexy? Well it's all of the above for future Football Hall of Famer and current fastest man on the planet Jason Kelce.

There's literally zero need for the Eagles to ever throw another pass for the rest of the year when they can just work the run game through Jason Kelce. In fact, maybe think about just putting the ball in his hands. Miles Sanders had a great game last night. First Eagles RB to have consecutive games of 100+ rushing yards since LeSean McCoy. Doesn't change the fact that Kelce would have found a way to get into the endzone on that play. Mailata at fullback, Kelce at RB, Eagles never lose a game ever again.

Quick sidenote: Thank god Jalen was able to turn things around after that fumble. Things were looking a little dicey there for a moment. Not just for that game but for the next 3-4 months of sports talk radio here in Philly. This city has been in a perpetual state of QB controversy. Wentz vs Foles. Wentz vs Hurts. The Hurts vs Minshew debate has already started to creep up but this was the moment that I thought we'd have a full fledged QB war on our hands.

But that shows you pretty much everything you need to know about Jalen Hurts. I'm sure there are a ton of people out there who saw that moment and thought the relationship between Hurts and Sirianni is gone. They'd see Jalen just calmly walking off the field like he's ignoring Sirianni. When the reality of the situation is that he has no problem with being held accountable, can take being coached hard without taking it so personal, and use it all to get better. Sure would have been nice to see that out of another guy who we don't need to talk about anymore.