There's a video from a flight that goes viral seemingly every day now. Usually, it's a fight involving someone's refusal to wear a mask. But not this time, my friends.

Today, we have a woman who — spoiler alert — is breastfeeding a fake cat on a plane. Now I'm going to be totally honest: I'm not sure this is real. It seems to good to be true. There are four videos in total — you don't need to see the middle two, they're just going in circles — and I thought the payoff of it being a cat was going to be good enough. But then the woman swings her "lynx" around to reveal its eyes and it was a better ending than I could have ever expected. 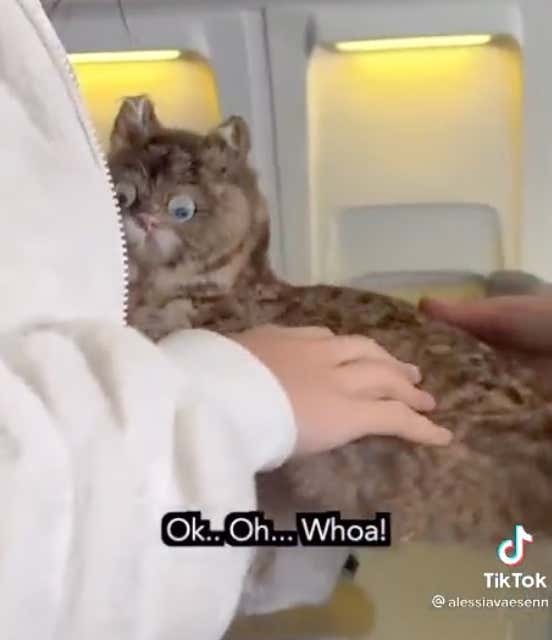 I find myself often being too skeptical of just how insane people are capable of being, but there's simply no way a woman walked onto an aircraft with a stuffed cat and pretended to breastfeed it like it was a human child. I just can't bring myself to believe it. If that was truly happening, my guy in the foreground should have been going even more nuts than he was.

I'm glad that guy got vindication, though. It has to be a pretty helpless feeling to know for a fact you watched a woman breastfeed a cat and then have a flight attendant tell you you're wrong without looking under the blanket. My man will not be gaslit.

This should result in loss of flight privileges. I'd prefer on all airlines, but at a bare minimum on whatever airline she was on. The answer to, "Where do you draw the line?" is always, "Somewhere." And this is where I'm choosing to draw the line. You breastfeed a stuffed cat like it's a baby and you don't get to fly anymore. Sorry.