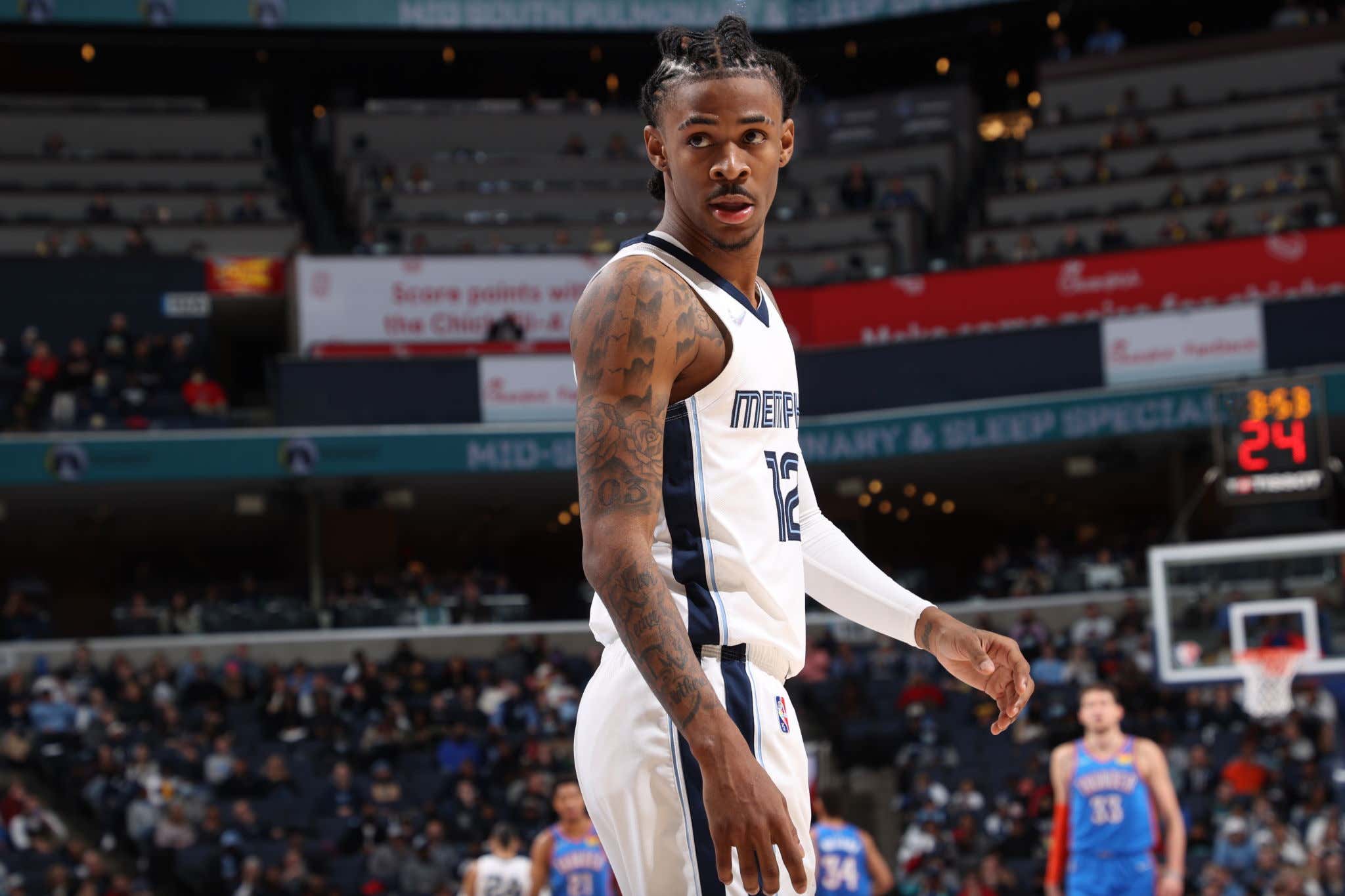 One of the cool stories of this first half of the season so far has to be what is going on in Memphis. The fact that they went 10-1 with Ja Morant sidelined and not only treaded water but actually moved up to the 4 seed is wildly impressive. Even more so when you realize they are doing it with mostly all homegrown talent. There is plenty to be excited about moving forward as a Grizzlies fan, that much is clear.

Well last night for the first time since November 26th, Ja Morant returned to the lineup against the OKC Thunder. He was pretty good with 16/6/8 on 50/100% shooting, but did have 4 TOs. Whatever, some rust is expected when you basically miss a month. You would think every single Grizzlies fan in existence would be over the moon to have Ja back, even in what ended up being a pretty tough 102-99 loss. Weirdly, that was not the case

Yeah, some fans are assholes. That's going to happen from time to time. But listen, if the people of Memphis are not going to appreciate Ja Morant, I will gladly take him off their hands. He's arguably the best thing to ever happen to that franchise. At least that's the trajectory he's on. I will say this is one of the more weird trends you tend to see with fan bases. A team can play well and find ways to win when a star is out, and people immediately move to the

"Are they actually better without Player X? Should they trade him?"

It will forever baffle me. No, the Grizzlies are not better without Morant. Only 3 of those 10 wins came against teams over .500. I get being frustrated as you watch your team lose to the Thunder, but of all people take that out on you choose Ja Morant? That's weird. The last thing any Grizzlies fan should be doing is anything that could even remotely cause Morant to one day think he needs a change of scenery. To do it on the guys first game back is a wild move in my opinion

Even if a rational person knows that the majority of Grizzlies fans in no way agree with whoever the person was, the fact that a take like that even exists in the first place is kinda sad. Not only is Ja Morant really fucking good, but he LOVES being a Grizzlie. He's basically everything you want in a franchise player.

Should he be able to brush something like this off? I dunno, I mean he's a human just like anyone else. I don't think it shows a sign of weakness for him to talk about how this bothered him. If anything it shows strength that he can be open and honest about it. To me it shows he cares, which is one of Morant's best attributes. You get the feeling he would die for that franchise and city. He never gets in trouble, never complains, comes up in HUGE moments on the regular, always says the right things etc. I bet that fan feels like a Grade A bozo now that this is going around the internet.

But listen, if Morant wants to play for fans that appreciate his game, where do I sign up? It is my promise to him that I will never, ever suggest a team is better if he does not play. Only a person with soup for brains would even entertain that idea. Woof.