There are probably some Giants fans absolutely shocked about this turn of events. Those fans are unfortunately either stupid or simply don't have the internet because any true Giants fan knew Daniel Jones was out for the season after the Mara's carpenter spilled the beans almost a month ago.

As someone raised in a blue collar family by a guy that dug ditches in people's backyards before filling them with water, I've always trusted people that make their bread doing hard labor more than white collar Big J Journos. And as someone that has chosen Jesus Christ as his savior, I know that carpenters are the most trustworthy people in that salt of the Earth breed. During Christmas time no less!

That is why I mourned the end of my little lamb's season being over the moment that tweet came out then was subsequently deleted. I know DJ is always going to have his critics since the Giants didn't :checks notes: draft Sam Darnold, Josh Rosen, or Dwayne Haskins instead. But anybody still blaming him for everything after beating the Eagles in his last game of the year with a season ending neck injury and putting up 402 yards in a win over the Saints defense that had Tom Brady smashing tablets in frustration despite having the worst offensive coordinator in the league calling plays deserve to have Mike Glennon as their QB1 the rest of the season.

Speaking of QB1, this is the man we all are riding the rest of the way (Or we file a class action lawsuit against John Mara if the Giants even THINK of starting Glennon ever again). 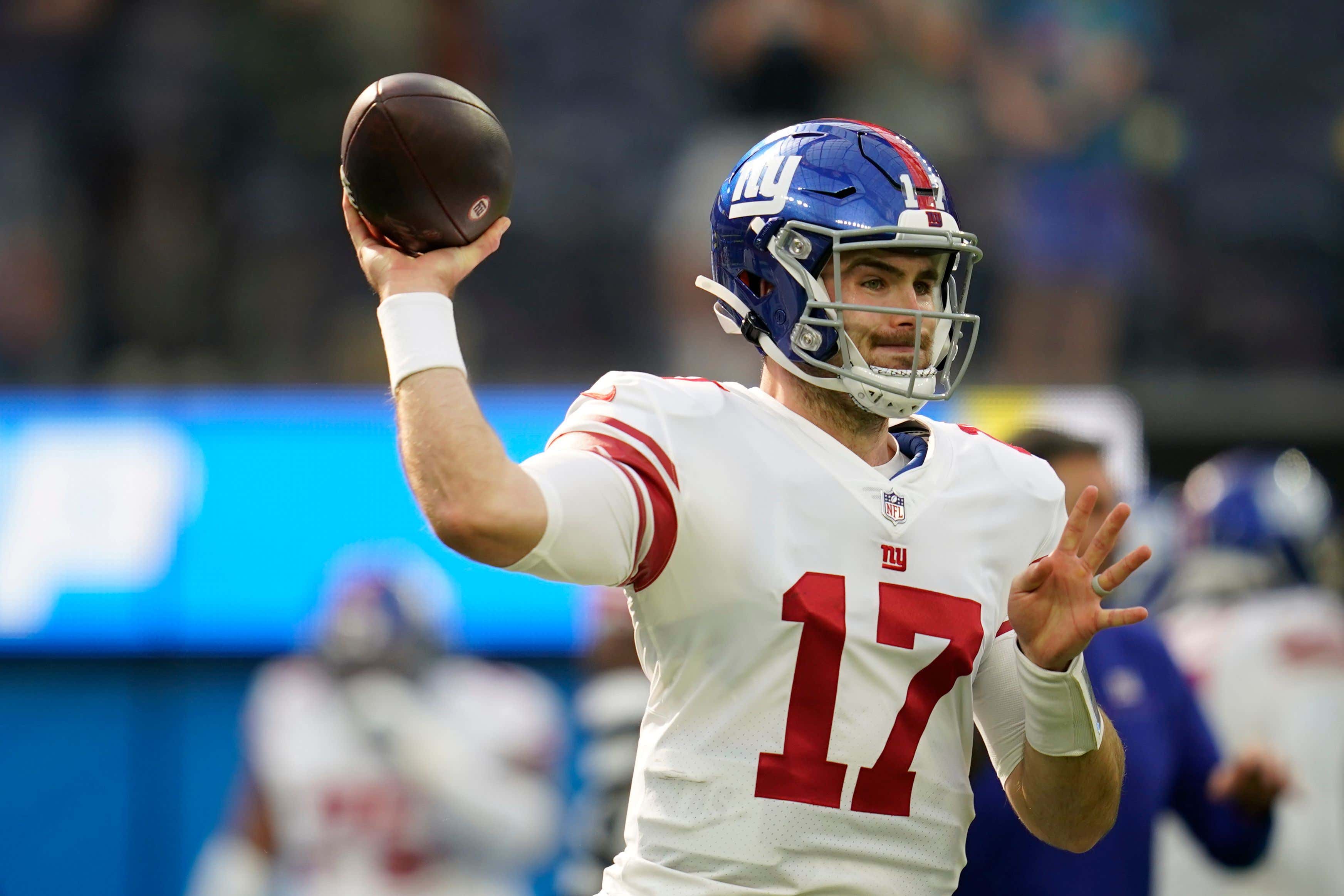 P.S. As my aforementioned God as my witness, the Danwagon will ride again. It may happen on another team that isn't run with people that have donkey brains. But it will ride again and it will be glorious. I am not losing Danny like I lost David Wilson once upon a time.