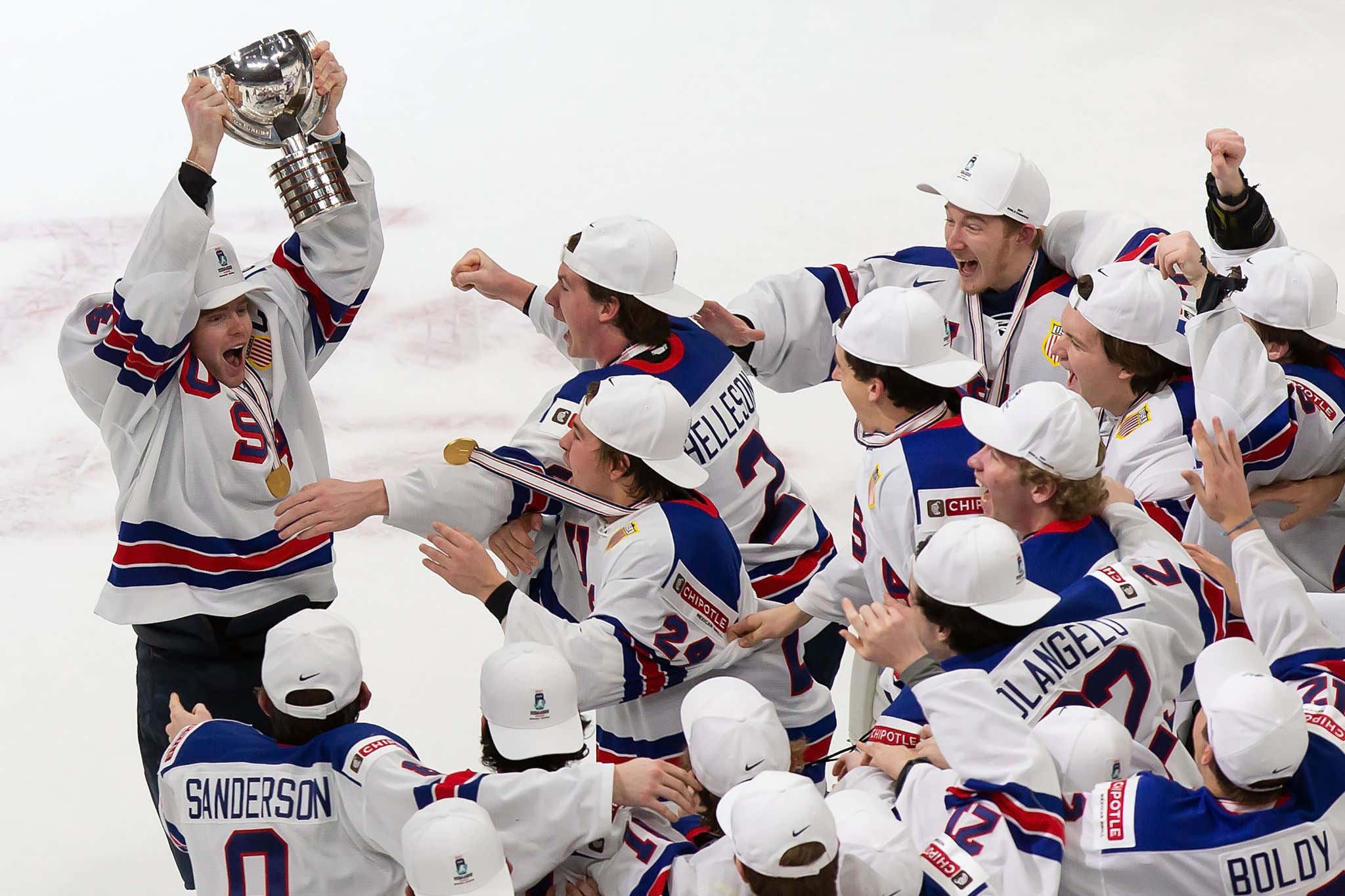 We're now less than a week away from the start of the 2022 World Junior Ice Hockey Championships. 10 teams filled with the best U20 hockey players on the planet all looking to make a name for themselves before a good amount of them head off to become stars in the NHL. You think about the all-time greats who have played in this tournament. Guys like Gretzky, Bure, Forsberg, Ovechkin, Lindros, Jagr.  Immediately after the World Juniors ended last year, 8 prospects hopped on a plane to go join their NHL camps. Zegras and Drysdale made their debuts with the Anaheim Ducks. Quinton Byfield made his debut with the LA Kings. Dylan. Cozens made is debut with the Buffalo Sabres. Tim. Stutzle made his debut with the Ottawa Senators. All guys who got to leave their mark on this tournament and then immediately make the jump to the NHL.

Which is what makes this tournament so great for all of us watching at home. Not only do we get an excuse to be overly patriotic and watch some unreal international hockey, but it's also a chance to have a little hope for the future of your favorite NHL team. Or if your team stinks and still doesn't have a ton of prospects playing in this tournament, like the Philadelphia Flyers for example, well then at the very least it's a chance to get a glimpse of names you'll see dominating the league for the next 10-15 years. And now considering the NHL won't be sending players to the Olympics in February, this tournament will be the best international hockey you get to watch all year.

I already previewed all the teams heading into this year's tournament. So in case you missed those, here is the 2022 WJC Group A preview for Canada, Finland, Germany, Czech Republic and Austria. And here is the 2022 WJC Group B preview for USA, Russia, Sweden, Slovakia and Switzerland. There are full roster breakdowns for pretty much every team besides Austria and Switzerland. But pretty much every big name and prospect you need to be on the lookout for this year is highlighted so make sure to give those a read at some point before Sunday afternoon.

This year's tournament will be held in Edmonton and Red Deer again. Personally my favorite WJC tournaments are the ones hosted in Europe when we get to wake up the morning after Christmas and have hockey to watch with our breakfast. But all the games this year will be sometime between 2pm and 9:30pm ET. The games will be broadcasted on NHL Network in the US and TSN in Canada. I would never condone such behavior but if you don't get either of those channels, you can always just use Google to find a stream somewhere.

In the history of this tournament, these 6 countries are the only teams who have ever won gold. Personally I think Slovakia is going to be a tougher team in this tournament, which makes Group B way more of a gauntlet than Group A. But those will be the 6 games that will have the biggest impacts on seeding for the elimination rounds. 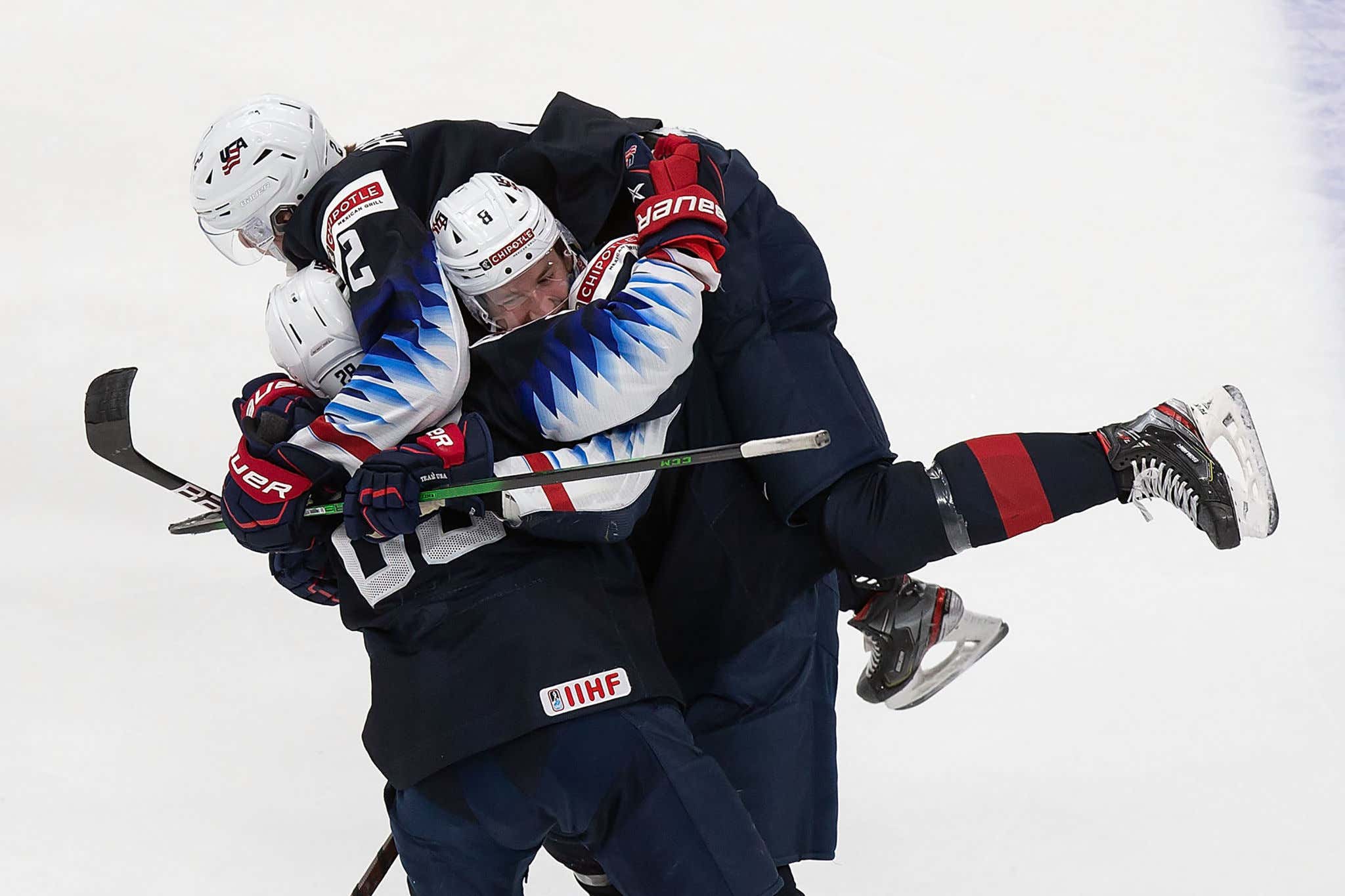 I think there are 2 big storylines heading into 2022. The first of them being whether or not USA can win back-to-back gold medals for the first time at this tournament. They've won 4 gold medals at this tournament but the best they've ever done the following year was winning bronze. It's going to be tough for this team to repeat as champs especially after losing so many key players from last year's team. No Zegras, no Spencer Knight, no Cam York, no Caufield or Turcotte. So if they're going to figure out a way to be the first team to go back-to-back since Canada won 5 straight from 05-09, they need their stallions to be stallions. Guys like Luke Hughes (NJD '21) and Jake Sanderson (OTT '20) holding it down on the blueline and generating offense in transition. Guys like Matty Beniers (SEA '21) and Matt Coronato (CAL '21) being able to keep pace offensively with some of these ridiculously stacked lineups they'll be going up against. Personally I think the cards are stacked against them this year and getting through the group stage is going to take a lot out of them, but I'd love to be wrong about that. 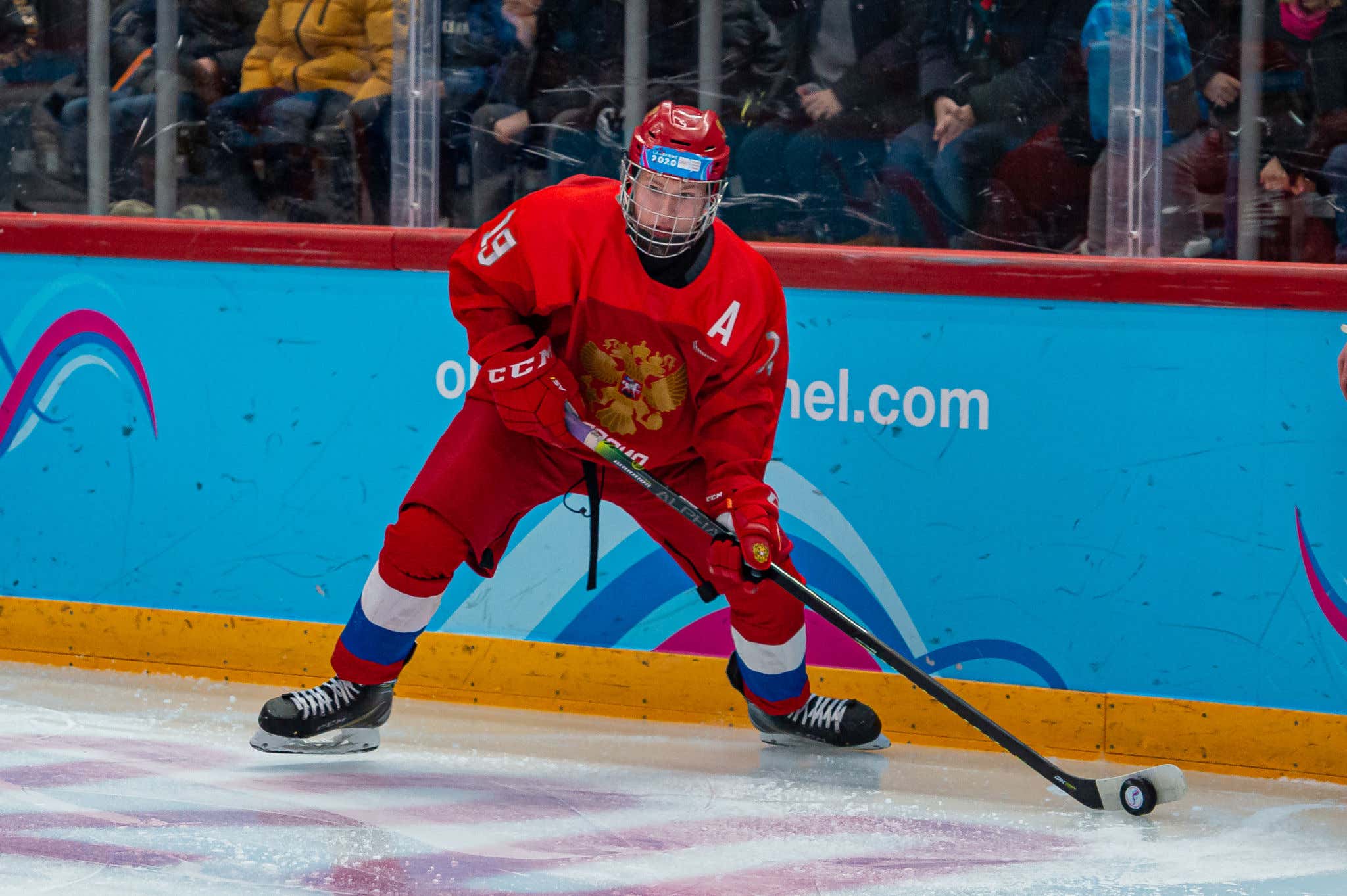 The next biggest storyline is the insane amount of undrafted talent we'll see in this year's tournament. There's a good chance I'm just an idiot here and this happens more frequently than I think. But I don't remember the last time when a single World Juniors tournament had three 1st overall picks playing at the same time. Traditionally at this point if you go first overall in your draft, you end up in the NHL that following year. So if you're going to be a 1st overall pick in the draft, you have your 16-year-old and 17-year-old season to play in the WJC. But with Owen Power (CAN/BUF '21) deciding to go back to the University of Michigan this year after being selected with the 1st overall pick in last year's draft, he'll be playing at the World Juniors this year with top 2022 Draft prospect Shane Wright and top 2023 Draft prospects Connor Bedard (CAN) and Matvei Michkov (RUS).

To go along with Wright, there are a ton of prospects expected to have their names be one of the first 32 called at the 2022 NHL Draft this upcoming summer. Russia's Danila Yurov, USA's Logan Cooley, Slovakia's Simon Nemec and Juraj Slafkovksy, Finland's Brad Lambert and Joakim Kemell, Czech Republic's David Jiricek. All guys who have 1st round potential playing in this tournament. And then along with Bedard and Michkov in the 2023 class, there is also Dalibor Dvorsky from Slovakia. That's a ton of draft-eligible (or future draft-eligible for the 23's) talent in a tournament that is mostly filled with 19-year-olds.

I love Sweden in this tournament. I really do. They have one of the best goaltenders in Jesper Wallstedt. They have forwards with NHL experience in Alexander Holtz and William Eklund. Plus they're the oldest team in this tournament with an entire roster of '02 and '03 birth years. But holy shit is this Canadian team loaded. And we say that same thing every year, and clearly they don't win gold every year. But unless you have a forward group who can keep pace with the Canadians and put up 4-5 goals on your own in the gold medal game, I don't see how they lose on home soil again.

As for USA not making it to the final, again I just think Group B is going to be too much of a gauntlet for them to have much left in the tank for the elimination rounds. The way I can see this playing out is USA getting a worse seed heading into the knockout rounds by losing that New Years Eve game against Russia, and then following that up by smoking them in the bronze medal game. All things considered, I wouldn't be mad about it.

And there is your full 2022 World Juniors preview. Everything you need to know before the puck drops at 2pm on Sunday the 26th for Germany vs Finland.

Make sure you're following me on Twitter @JordieBarstool for updates and highlights throughout the whole tournament. And obviously we'll be back with the USA Live Blogs starting at 9:30 on the 26th when the boys get their tournament started against Slovakia.