Maybe that's not true about LeBron because he's injured (or something like that) but now that I have your attention we need to marinate in the Chicago Bulls coming back and fucking people up. Things have been weird and lonely in Chicago lately and we're finally back from COVID. Figured now would be a good time to get some more in depth Bulls stuff going as we sunset the Bears season and get ready for the Dog Days of winter. 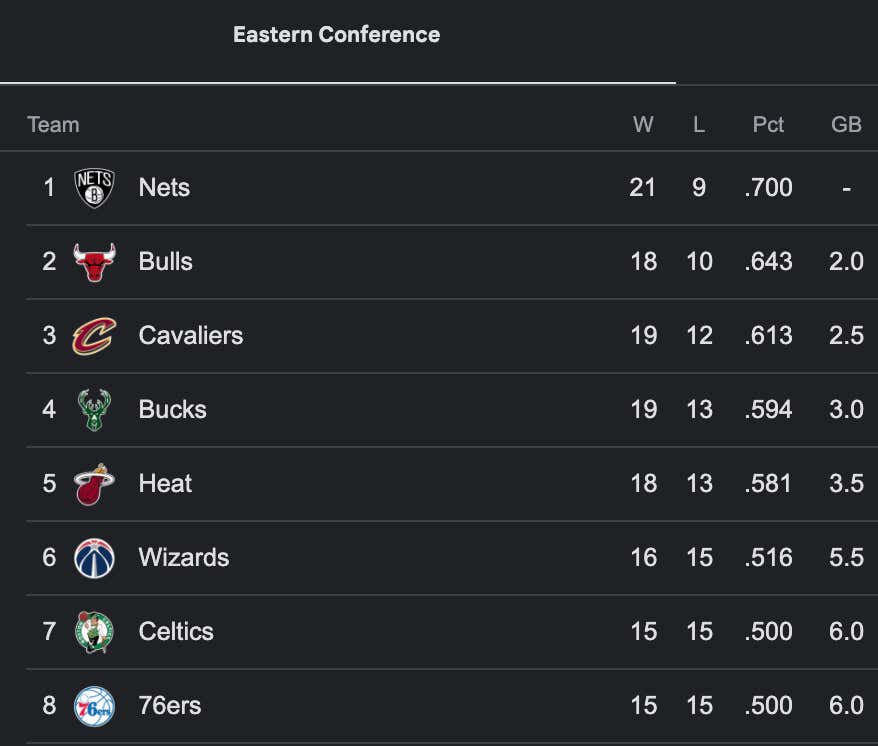 With that in mind, let's get into some good news first and that's 18-10 on pace for about 54 wins this year. That includes 3-separate groups of back-to-back losses first two months of the year. It also includes some weird depth issues and atypical lineups so realistically things could be a lot worse but they're not. They're actually fantastic.

- A lot of that has to do with the confidence we have with DeMar DeRozan. Lots of other names but he's the biggest right now having come back from being out the last 15 days. That's a lot of time off the court and no surprise it didn't really matter as he dismantled the Lakers in the 4th quarter.

He had six different buckets to either take a lead or close the game to one score in the last 8 minutes. He's also 2nd and 2nd respectively in 4th-quarter isolation and 2nd in total 4th-quarter points scored. Guy is an absolute machine down the stretch and now it comes with one of the great nicknames of 2021. Late submission but this one still counts:

As someone who personally profited in 2018-19 off KINGS OF THE NORTH, I'm disappointed I couldn't get to this one first. I need to be better and sharper but my head's in the clouds. I'd be leading this chant so loud and proud if I was at the UC last night.

You're goddamn right that's my MVP candidate - at least until LaVine comes back at which point I begin the first ever campaign for a co-MVP award. Sounds silly but I have a hunch these two would gladly accept such an honor. It's true that they're close friends and love each other. You can see it written on their faces.

- It's also true that Vuc has had a hard time this year struggling to get into a rhythm. He's been at his best when he's playing consistent minutes over a number of games without having to sit or slump. Kinda nervous making the big fella sit for so long but he actually looked real solid last night. Bigger picture = he could be turning the corner we've been waiting for this season.

- Conversely, there's no disputing that the break was good for Caruso to rest his hamstring and Lonzo to get a break. He's been playing almost 40-minutes a night since depth issues started to creep up and I just hate the idea of him slowing down over the year. Small stuff now, but Lonzo staying fresh is critical to deep runs as he's the one pushing tempo and bringing the boys together every night. That shit cannot be compromised.

- I won't say other specifics out of fear for mushing anything, but there's other players on the team with injury history that benefit from time off. No more details. Just saying that's a nice thing.

- Naturally this break is going to end up biting us in the ass at some point. I can smell the schedule getting lumpy and clumpy in January with the only benefit that it's not overly impressive or difficult. Just a lot of games that can wear the boys down.

- 18-10 given everything going on in our lives is just simply incredible. Billy D probably not going to win it but just make sure he's on the early list for NBA coach of the year.

- Depending on the trade deadline, maybe AK gets rightful consideration too? Rumor is they'll be buyers with the Patrick Williams injury even if Paw comes back later this year like some people are saying. In either event, it's strange the Bulls are supposed to be looking for another defensive wing even though there's so many on the bench. Maybe they mean tier-1 defensive wing? Billy D likes his small ball lineups and he's been leaning on it a lot lately. And the Bulls are already boasting a sub-100 defensive rating per 100 possessions. But maybe the key for a deep run is adding to what you're already great at? Interesting to see where this one goes with the full caveat that I have 100% faith in AK. Anyone doubting this guy at this point can go play in Lake Michigan.

- Nobody talks about Coby White and it's just good to keep this stuff in mind:

- Finally, you have to love the Lakers losing to Caruso last night. Getting swept by a guy looking to take a pay cut, but instead you need minutes for Carmelo and Russell Westbrook. That's not bad luck, that's just being stupid. Nobody in this town moves the needle like Caruso right now.

- More this week on Red Line Radio. Subscribe to our shit so we can maximize the amount of Red around town.