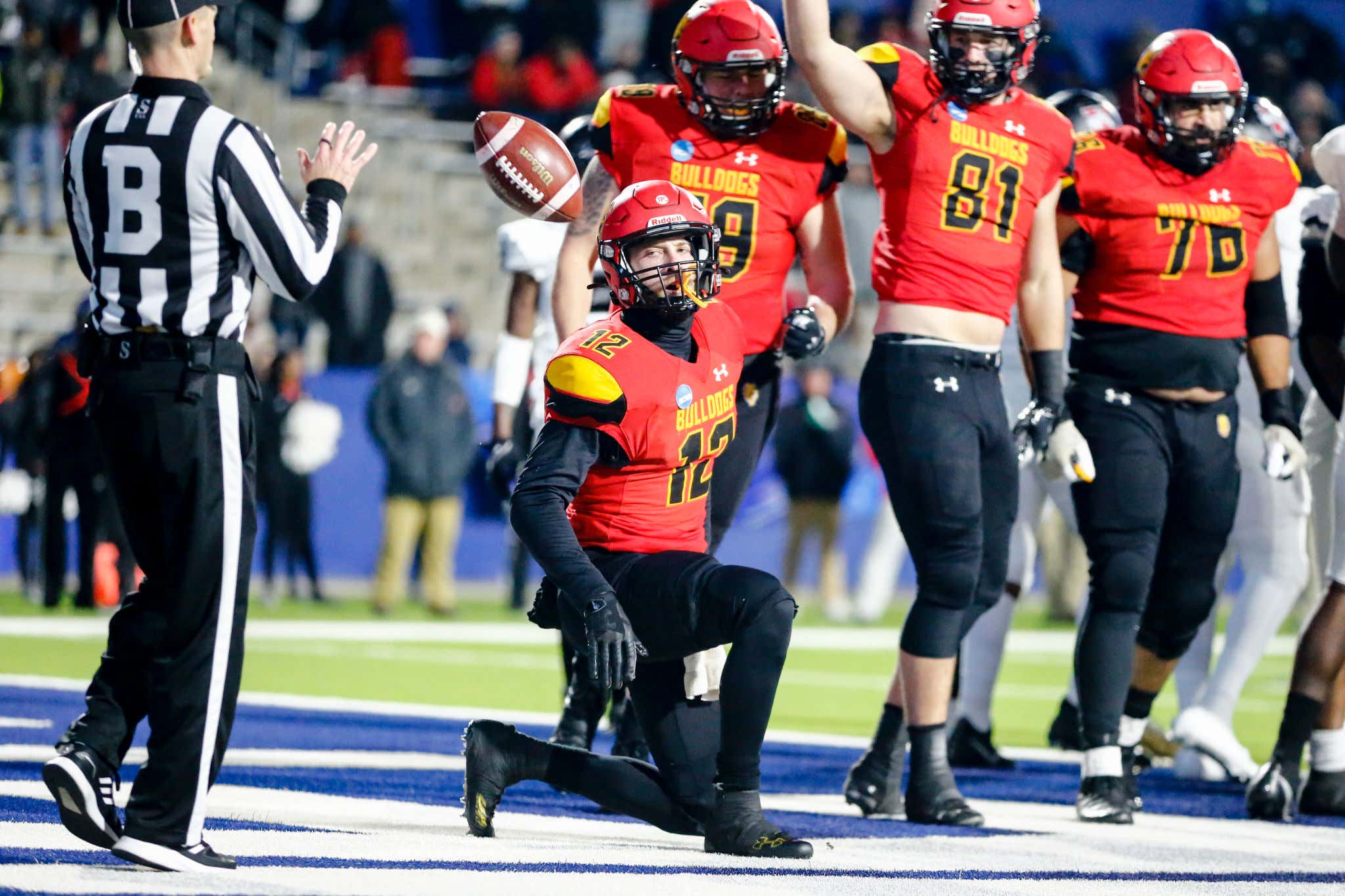 If I were the New England Patriots, I'd hold off a few more years before I retire that number 12. Because Jared Bernhardt is coming soon, and he is going to kick so much ass.

For those of you who don't know yet, Jared Bernhardt is the all-time career points and goals record holder at Maryland. He is one of just four players in the history of college lacrosse to ever score over 200 career goals. He won a National Championship with Maryland in 2017. Was the MVP of the U19 World Championships in 2016. A 4x All-American. A 2x First Team All-American. The 2021 Tewaaraton Award winner as the nation's top men's college lacrosse player.  And then this year he decided what any rational and sane person would do after having one of the most historic college athletic careers, and went to play a season of college football with his final year of NCAA eligibility.

So he transferred to Ferris State University in the fall to play a little DII ball. Not too bad after not playing football since 2016. He got the role of QB1 and the rest is history.

Conference player of the year. Leads Ferris State to their first ever National Championship while accounting for 37 total touchdowns. Had 3 TD runs in the first half of the national championship game and didn't even have to play in the 2nd half. And you want to know what sucks the hardest?

We probably won't get a chance to watch him play lacrosse again anytime soon. Because Bill Belichick most likely already has him slotted into the depth chart in Foxboro. Which sucks even harder considering that 2019 Tewaaraton Award winner Pat Spencer is currently playing with the Capital City Go-Go in the NBA G League. Spencer was the best player in college lacrosse in 2019, went on to play basketball at Northwestern with his final year of eligibility, and is now just one Bradley Beal trade away from making it to the NBA. Sure would hate to be one of those clowns in the comments right now who still think lacrosse is for kids who couldn't make their baseball team.

Sidenote: I know we're all going to get sick and tired of the "did you know Jared Bernhardt used to play college lacrosse" shtick. But that's not going to stop me from hyping up every single touchdown this maniac scores in the NFL. Which, by my projections, will be somewhere around the ballpark of 209.