This is a really cool feature and something that I didn't notice during my first runs on the new Warzone map Caldera. Going through this part of the map always felt similar but I could never put my finger as to why. Thanks to Mikeoofs, we finally have the answer. It's Nacht Der Untoten! The map that started it all - the very first Call of Duty zombies map ever. 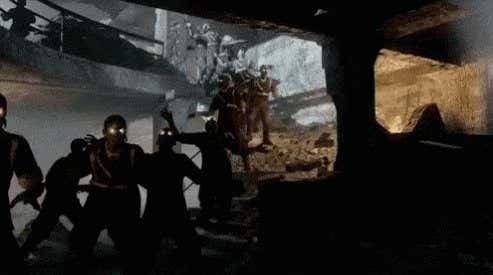 Back in the day, I was a Zombies GRINDER. It would be a huge part of my nightly streams back when I first started streaming in 2016. I would push my PRs as far as I could go for hours on end. This was during Call of Duty: Black Ops 3 (best CoD ever) and after adding a ton of new, exciting maps, Activision also brought back the OG maps like Nacht der Untoten, Verruckt, Shi No Numa and Der Riese (the first map with pack a punch).

The nostalgia hit unbelievably well and the OG maps played so well on the newer game engine. Now that I'm thinking about it, the game is still available on PC….I might've given myself a nostalgia trap here. If you see me on Zombies later, just root for a PR finish. Thank you in advance.

Coming into Vanguard, I was really hoping the Zombies would give me that same feel. I wanted the Zombies grind back in a bad way - Cold War Zombies was enjoyable, but in the end it was just too easy. My favorite maps were tougher maps that you really had to play your ass off to get to level 25-30 like the OG maps without pack-a-punch.

Don't get me wrong, I loved Black Ops 1 Zombies featuring Ascension, Shangri-La, Kino der Toten, etc. After Black Ops 3, I really felt the Zombies beginning to slip away from Call of Duty. Maps became too complex, there was way too many steps to pack-a-punch to upgrade weapons or simply turn on the power. World at War - Black Ops 3 was truly the golden age of CoD Zombies. My all-time favorite map without a doubt is Mob of the Dead. To this day I could hop on right now and grind this map for hours on end. It was a complete map through and through with great characters and an unbelievable backstory.

Here's some content from my most insane stream back in 2016 - off my PS4, in my parent's basement. Straight vibing - hit level 68 on a brand new Zombies map. Pulled 90 organic viewers and couldn't believe it.