Continuing his winning streak of beating up non-boxers, 24-year-old Jake Paul knocked out 39-year-old Tyron Woodley with a clean overhand right in the 6th Round of their PPV fight tonight.

In what was an insanely boring fight beforehand that consisted of accidental elbows and headbutts... Along with a LOT of hugging... Tyron dropped his jab midway through the sixth and ate a tremendous punch right on the button, falling face-first into the canvas.

Post-fight, Jake blustered about fighting "anyone anytime"… Specifically Jorge Masvidal and Nate Diaz, who ran out of the arena before Tyron hit the ground… While Jake's brother, Logan, snapped Polaroids and made funny faces.

The win brings Jake's record to 5-0 with 4 KOs over… Lemme look… 2 washed MMA fighters, a retired NBA player, and someone named AnEsonGib. 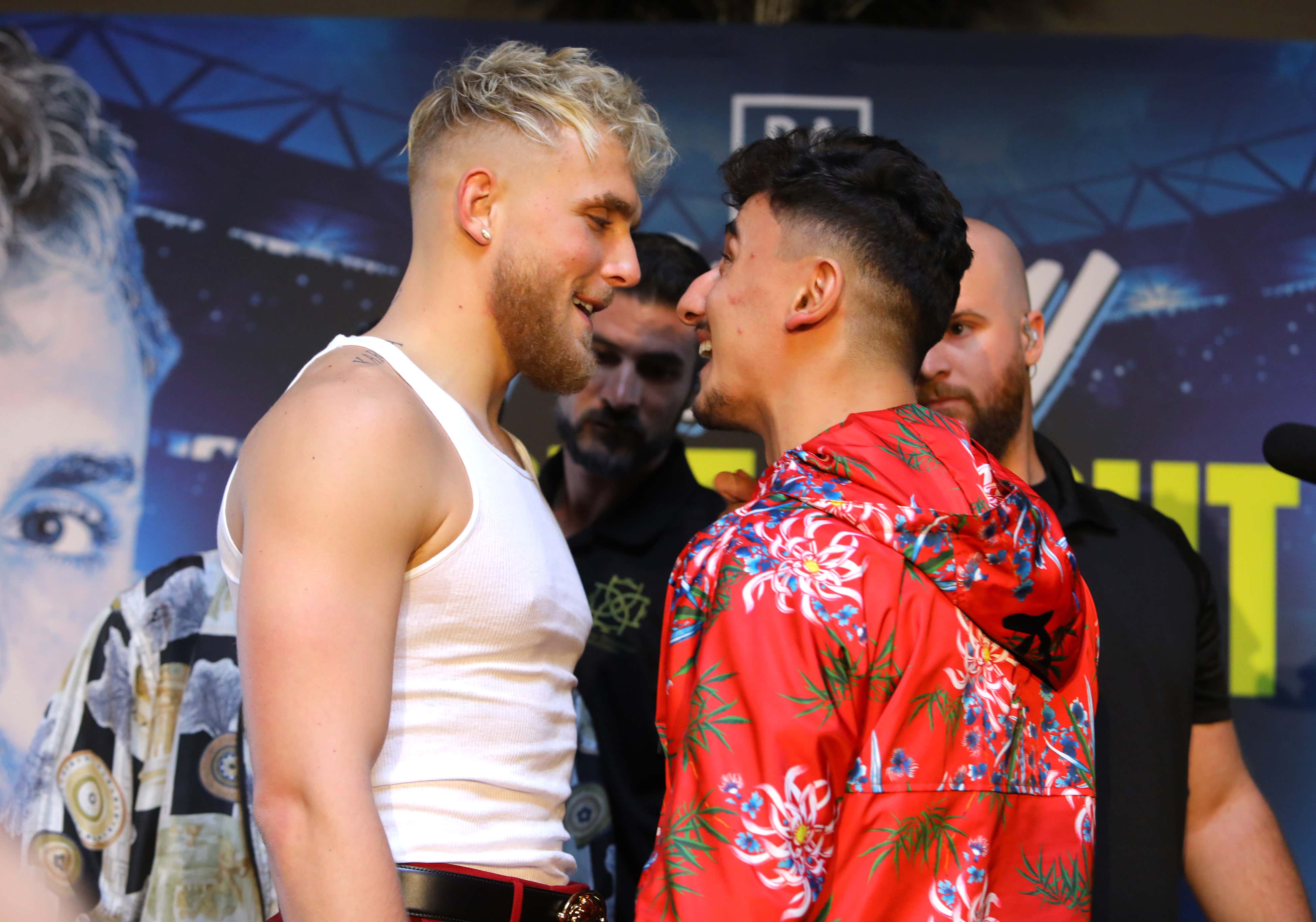 More importantly, this is the fourth PayPerView event Paul has headlined in just over a year, making him the second-highest-paid boxer behind Canelo Alvarez, but perhaps the best self-promoter I have seen in my lifetime.

In the co-main event, Amanda Serrano won a unanimous decision after beating Miriam Gutiérrez's face into what looks like a dead ringer for an Orc (like I called in my preview)…

And afterward, Amanda celebrated the fact that Jake Paul has done what no other promoter could… Put her in a higher tax bracket.

Congrats to them both.