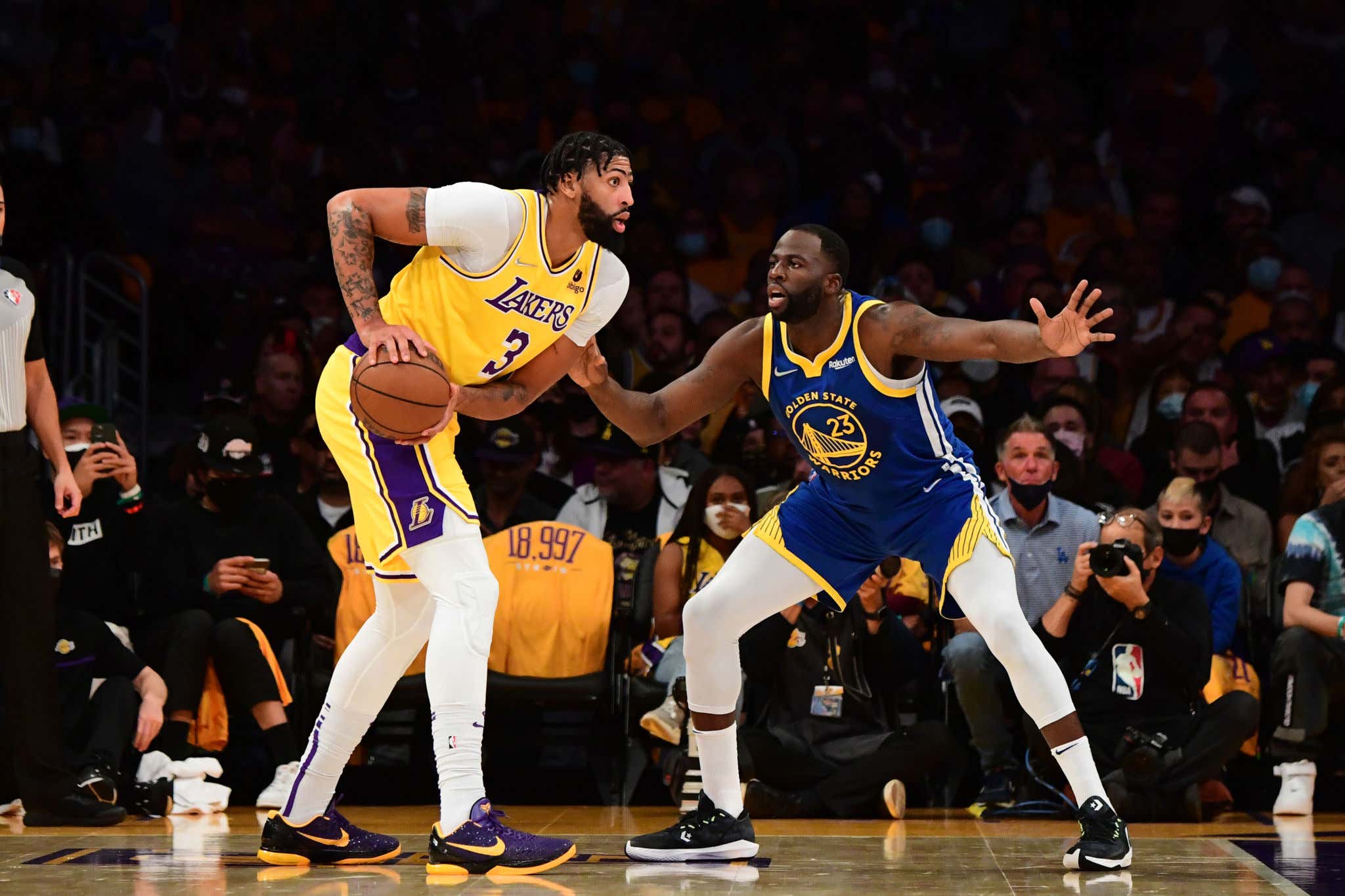 Draymond Green might be the ultimate example of a guy who if he's not on your team you think he sucks and is overrated and if he's on your favorite team and you watch him every night and every possession you truly know how valuable he is. Casuals will look at his shooting percentages and think he sucks. Draymond is not alone in that regard, but unlike some of the other players in the league you could say that about, Draymond is by far the loudest. What I've always respected about Draymond is he may talk his shit, he may make outrageous claims, but then he goes out and backs it up. That's A OK by me. He not only has the hardware to back up what he says, but he goes out on a nightly basis and continues to do it.

About a week ago, we heard him make this claim

While I think this is mostly subjective, I do think that in this era nobody quarterbacks an entire defense like Draymond does. That, combined with his versatility gives him a great case for that claim to be true. What I disagreed with was last year or so when Draymond said he was the greatest defender in NBA history. That's a little much, but if we're talking this era? He's without a doubt in the conversation whether you hate the Warriors or not.

Which brings me to the focus of this blog. If you're a basketball junkie, you will like the video below. Being able to see how Draymond breaks down his defense was awesome. There's just something about seeing the best at what they do describe why and how they do things on the court. 10/10 recommend watching

As good as Draymond is at playing defense, he's even better at talking about it. It's why everyone agrees that he's going to be incredible on TV once his playing days are over. People don't really like defense or give proper credit when it comes to defense because it's not flashy. To a lot of people, if you can't score then who gives a shit. It's a wild way to look at basketball and players because obviously there are two ends of the floor. Scoring is cool and all, but defense wins championships.

That video gives us a pretty cool look at just how prepared the best of the best are when it comes to defense. They know everything about their opponent, their strengths, their weaknesses, how to defend any player in any given situation, it's all awesome stuff. Considering few players see the floor defensively as well as Draymond does, I'll listen to him talk about defense all damn day.

He may not win DPOY this year, but he's certainly in the conversation.  The Warriors have the #1 ranked defense in the entire NBA. Why do we think that is? If the Warriors continue to dominate people on that end and finish the year with the best record/best defense/etc, it would not shock me one bit if Draymond gets the nod.

You may not like him. You may think he talks too much. But at the end of the day, you have to respect his ability to thrive in his role and execute at a championship caliber level. At the end of the day that's what it's all about.