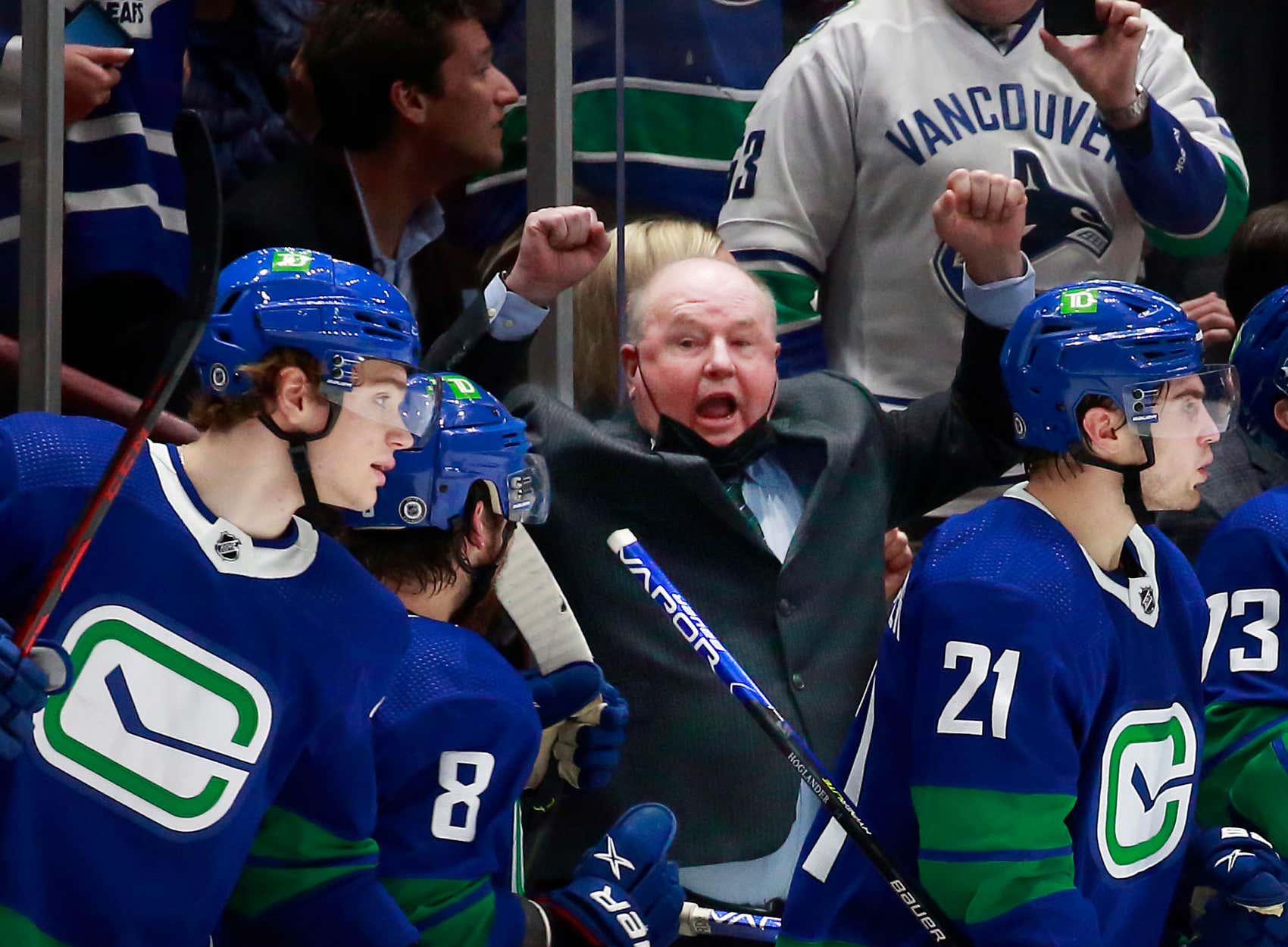 The 2021-22 Vancouver Canucks season was already being treated like a crime scene in the beginning of the month. They were drawing a line of chalk around the Canucks, collecting the evidence, starting to gather witnesses, etc. etc. Jerseys were being tossed on the ice (I'll have another blog about all that later). "Fire Benning" chants were ringing throughout the streets of Vancouver. Signs being brought to games begging ownership to fire the guy. It was ugly.

The season was dead. It was over. They fired their head coach Travis Green, they fired general manager Jim Benning, they fired assistant GM John Weisbrod and assistant coach Nolan Baumgartner. That's as close to cleaning house as you can get in the middle of a season. And then it was Vancouver Canucks owner Francesco Aquilini who was the one who made the decision to hire Bruce Boudreau to try anything at all to salvage this season.

You don't need any fancy stats. You don't need to run any fancy systems. Just don't let teams into your own zone, ever. Simple as that. Gonna be pretty tough for any team out there to beat Vancouver if they're not getting into the offensive zone. Sure, you could always unleash some bombs from the red line but Thatcher Demko is a stud. He's not letting many of those in. So just don't let teams into your zone, let your best players go out there and start being the best players on the ice again, and there's a chance Vancouver never loses another game again.

Granted, the team is still 2nd to last place in the Pacific Division. So it's going to be a massive hole to climb themselves out of.

But they can easily jump past San Jose and LA. Edmonton has been a disaster lately. Vegas still has some bad hockey karma coming their way for how they handled the Fleury situation. Calgary won't be good any more once the Flyers figure out a way to pull off a trade for Johnny Gaudreau. And the Ducks…well the Ducks are a wagon. But with Bruce Almighty, anything is possible. So a 2nd place finish in the division isn't too out of the picture here. Getting into the playoffs is just what Bruce Boudreau does. He doesn't win a ton in the playoffs but he at least gets there.

A few more of these speeches and he'll have the Canucks playing deep into May/June.