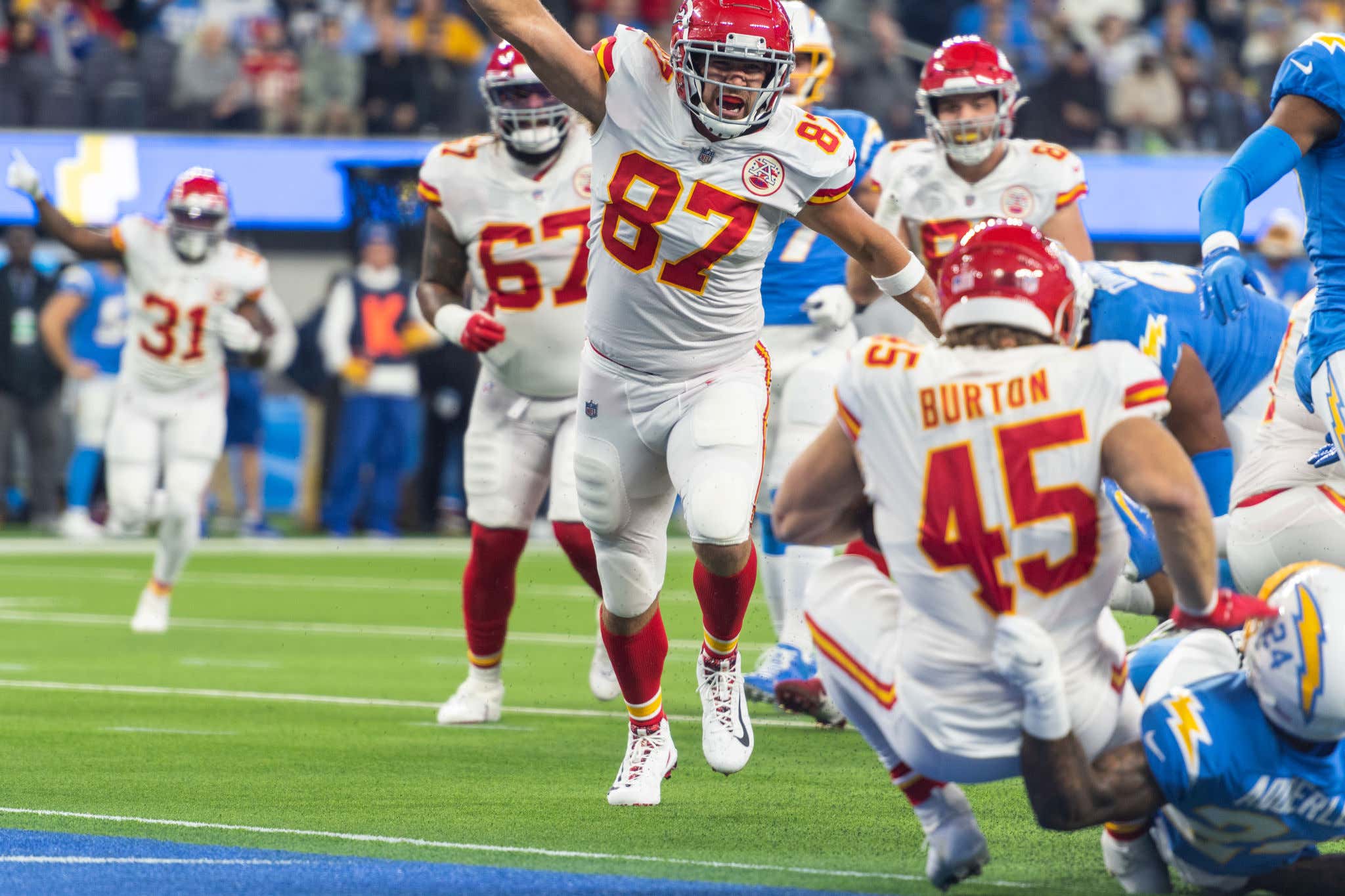 First off, I wana say prayers out to Donald Parham Jr. Whenever someone starts fencing after hitting their head, it's always scary as shit. Shoutout to the FOX crew for zooming the camera into his clearly unconscious face and giving us a great view of him seizing on his way to the locker room. Also, shoutout to Joe Buck for suggesting that his arms were shaking because it was a cold day by LA standards. That's why he gets paid the big bucks! Anyway, he is in stable condition and at UCLA Harbor Medical Center getting tests. Get well soon chicken parm!

The Chargers were missing the third most important player on their offense, Rashawn Slater, to COVID and Trey Pipkins filled in. I was TERRIFIED by this because Pipkins has struggled in just about every minute he has played this season. To his credit, he played pretty damn well in both phases of the game. Another guy that did that was Justin Jackson, who got a bigger workload with Ekeler injured. Two people filled in, however, and did terrible. Campbell+Harris+Marshall got burnt to a crisp by every Chief's player on the field. Josh Kelly got a lot of snaps today, and rewarded Staley by fumbling on the goal line.

The defense did a solid job containing Mahomes early which wasn't THAT insane when you look at their last matchup. But what exactly what I was worried about is what happened. the defense got worn down, and got absolutely torched by Mahomes+Kelce+Hill late in the game. That all culminated with Kelce's game winner which sucked ass.

The major dialogue around this game was Staley's decisions to go for it on 4th. Look, that is the staple of the Staley game. If it's 4th and short, he's gonna go for it almost every time unless the situation forbids it. It's gone well a lot of times, like when he went 3/3 on fourth down vs the browns(including on their own 24) and it's gone poorly a lot of times. But he has always made the right decision when the situation called for it. I'll explain why by paraphrasing 2 major points Staley has made in press conferences.

1. He has complete and total trust in Justin Herbert. He is comfortable with the fate of the game being 100% in his hands and nobody else.

2. He is a firm believer that you don't beat the Chiefs with field goals. The Chiefs might not be obliterating every team like years past, but they are a team that can score a lot and fast. And the Chargers have been historically bad at covering Tight Ends(especially Kelce, who is the best in the league).

Personally, I am so much more comfortable and confident in the good Chargers offense lead by a great quarterback getting yards than I am in their mediocre & injured defense holding back generationally great quarterback. If it works out that their defense holds back Mahomes, that's great! But I am confident in Herbert 100/100 times vs their defense. Especially vs Mahomes. It's just a matter of risk! You know who didn't take risks and would have taken every field goal and then some? The coward Anthony Lynn. A more traditional coach may have won this single game by taking the points, but they wouldn't have won a lot of the games that Staley has.

The easiest way to tell they were the right calls is this: Nobody would be complaining if the Chargers converted them. Nobody would be online screaming about how bad the decision was, because in this hypothetical, the execution worked out. In reality, it was the same exact decision, but a bad execution. That is how you know that the decision is right, and what you should be complaining about is the exaction of the fourth down plays themselves. To sum it up, I'm fine losing the battle on the back of 4th down calls as long as we win the war. Stay tuned on that one I guess…