DAILY STAR — A man who lost £340million in Bitcoin after he accidentally threw out an old hard drive has hired data experts who once helped NASA - in a bid to find his missing fortune.

IT worker James Howells, 36, has reached out to Ontrack to help him find the cryptocurrency after he tossed the equipment out when he was cleaning his office in Newport, Wales back in 2013.

This is James Howells: 36, United Kingdom

James Howells has cargo jeans and $450 million in Bitcoin.

One of those things should have been thrown in the garbage and taken to the local town landfill a decade ago. 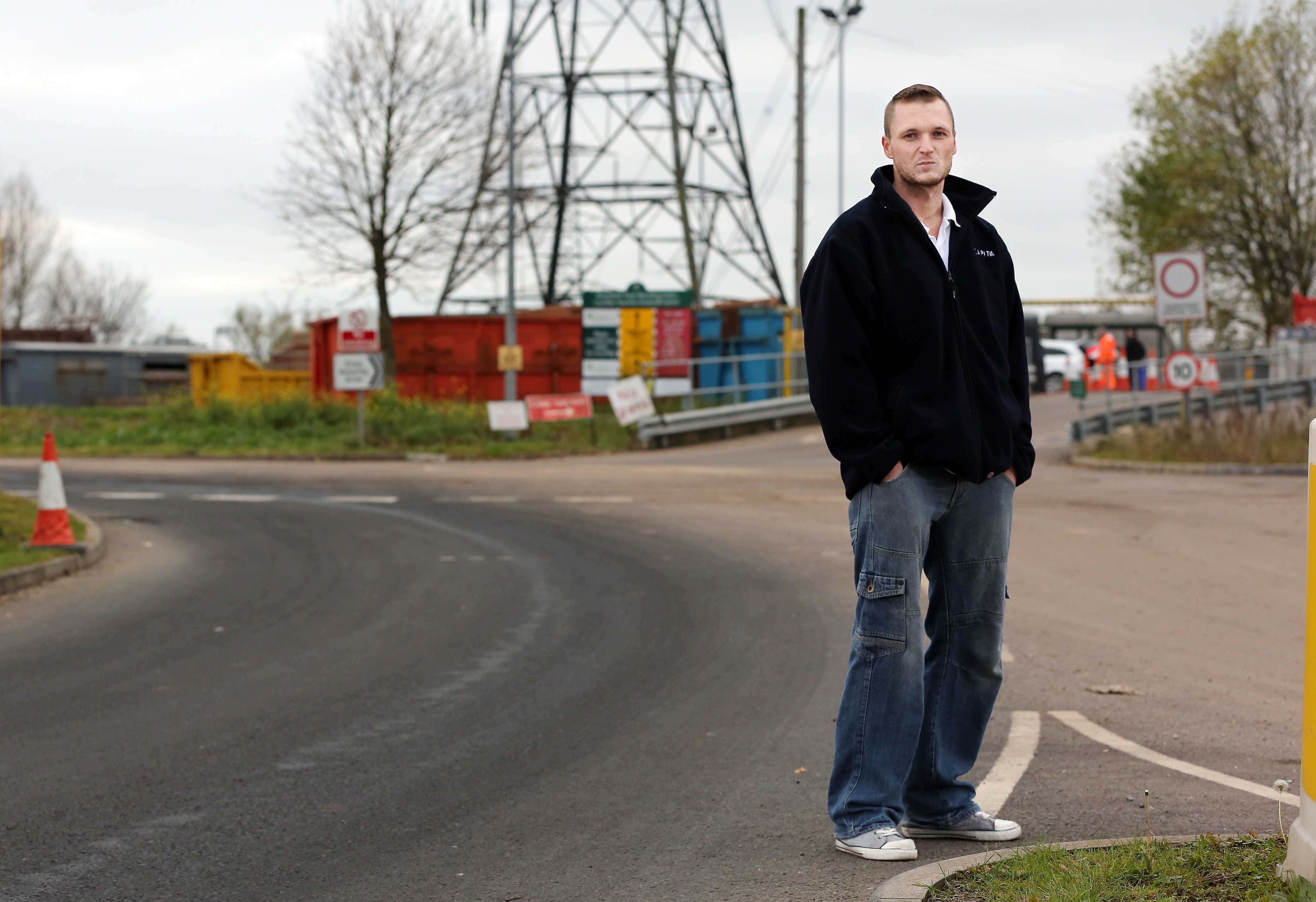 Fashion choices and current predicament aside, James is no idiot. He didn’t stumble on some crypto on a laptop he bought at a yard sale. He didn't immediately throw it in the trash because he had just read his great-aunt’s Facebook update about Chinese psy-ops in American apps and confused BitCoin with TicTac.

He earned it, on purpose. He made a savvy investment in 7,500 shares of a speculative digital currency in 2009 and watched it grow as the public became more and more disillusioned with centralized fiat. He’s smart. A whiz kid, even.

“James, tell us you’re a tech expert without telling us.” 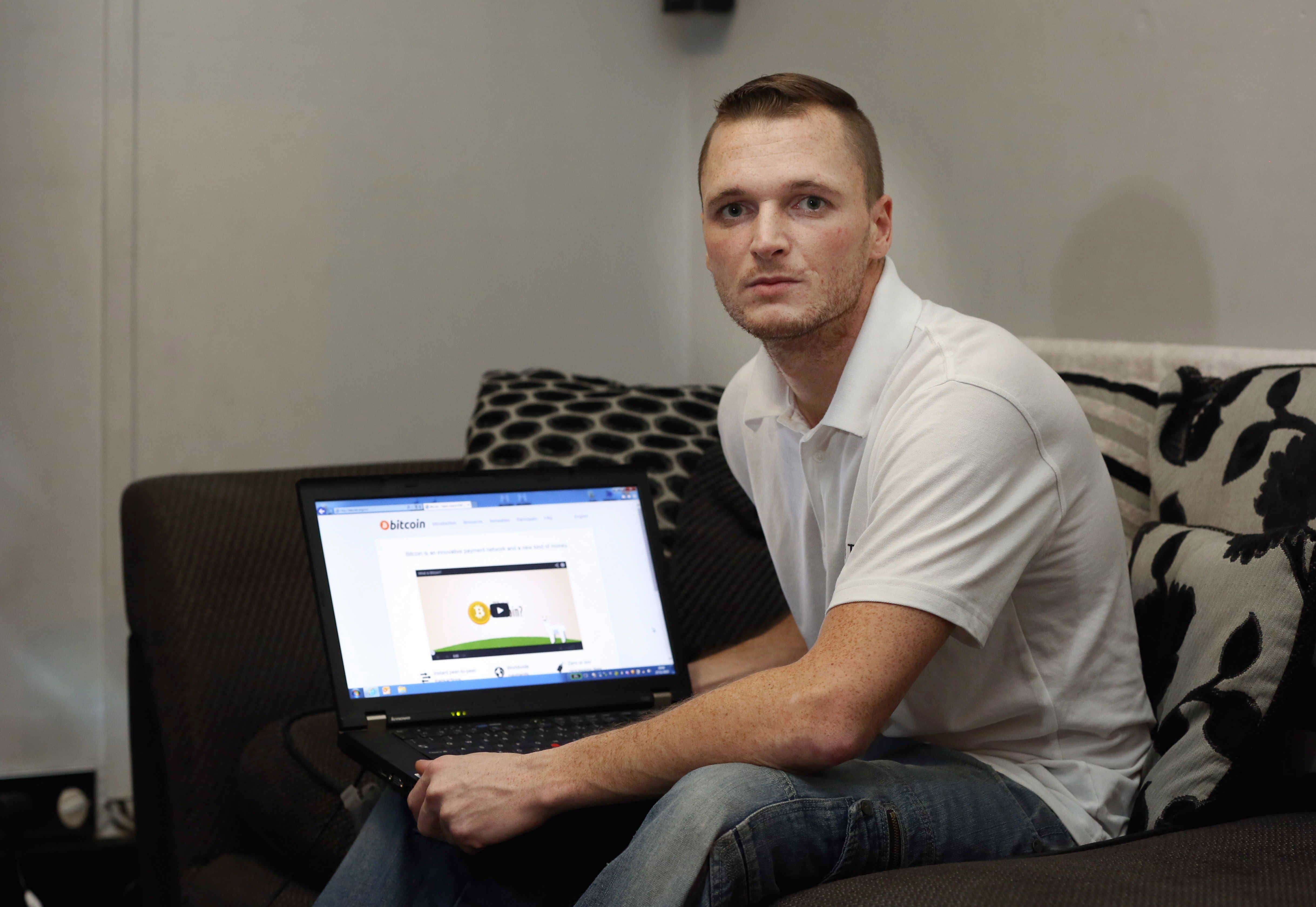 Of course, despite the compelling visual of this candid  shot of James watching “What is Bitcoin?” on the Bitcoin.org home page…the facts of his present crisis remain.

His shrewdly acquired fortune still sits somewhere in the local dump under 50 feet of the town’s garbage.

(Seriously. I didn’t just make up 50 feet to be funny — experts literally estimate the hard drive is under 49.2 pounds of fucking trash.)

So how did this at least semi-intelligent and computer-literate guy’s half-billion wind up underneath burrito wrappers and biodegradeable packaging materials instead of a Swiss bank or personal Scrooge McDuck vault?

Better question: if it’s been 9 years, and he at least has a hunch of where it’s located…why hasn’t he gone after it?

I say better question because the first one is just simple common sense.

Obviously. What else could you even pretend to consider?

James accidentally tossed the hard drive containing the Bitcoin fortune when he was cleaning out his office eight years ago.

His former partner, Hafina, had whisked the rubbish to the tip before James realised he had made a mistake. She…threw away the hard drive at a council landfill site in 2013 near his home in Newport, Wales.

"The current valuation is £342million but around a week ago it was at its peak of £420million," he said.

James said: "I had two identical hard drives and I threw out the wrong one.

"I know I'm not the only person who has ever thrown out the wrong thing but it usually doesn't cost people over £200million.

There are, obviously, two and only two correct courses of action upon realizing you threw a half-billion dollars in the trash and your ex threw that trash in a landfill.

James apparently didn’t have access to weapons and/or prescription medications, so he was left with option 2: acquire financial backing from a reputable hedge fund, put together a consortium of expert engineers, environmentalists, and data analysts, hire a data-recovery firm with top-level NASA experience, and employ cutting-edge AI for the study of aerial photography and landfill topography to construct your 9-12 month plan for recovering your hard drive, and more specifically, the billion dollars it contains.

James has contacted engineers, environmentalists and data recovery experts from around the world in his bid to carry out the search.

"I have put together a full consortium of experts in the field," he told The Sun.

James previously explained the search was expected to take nine to 12 months and would be aided by specially employed AI technology.

He has studied aerial photographs of the site and believes the hard drive is in a 200 metre squared area and could be 15 metres deep.

His "consortium of experts" now includes Ontrack - the data-recovery firm which salvaged the charred and battered hard drive from the Columbia space shuttle after it plunged to Earth in 2003.

(I don't know if The Sun is mocking him with those air-quotes  — yeah "consortium" has probably never been used outside of a Hollywood movie set, and definitely not by a non-virgin, but take a look at the bonafides of the NASA guys he hired):

The company were previously hired by NASA to recover an important hard drive from the Columbia space shuttle after it plunged to Earth in 2003.

And despite the hard drive being located in a dried-up lake bed six months after the crash, the Minneapolis company were able to recover 99% of the data.

(I think those guys can call themselves consortium if they would like to.)

So back to the 450-million-dollar question: why hasn't James and his consortium of geniuses and literal rocket scientists gone and grabbed the hard drive?

The answer is, because the ex-girlfriend isn't the bad guy of the story. It's an even bigger, more evil, more destructive, more infuriating nemesis.

James is being refused permission to search for the old computer parts — council chiefs won't entertain the idea or allow him to meet with officials to outline his plans.

Newport City Council previously said James had made repeated requests for help - but it was unable to assist him.

A spokeswoman said: "Newport City Council has been contacted a number of times since 2014 about the possibility of retrieving a piece of IT hardware said to contain Bitcoins.

"The cost of digging up the landfill, storing and treating the waste could run into millions of pounds - without any guarantee of either finding it or it still being in working order.

I'm going to just blow past my initial emotional reaction to hearing that a city council is singlehandedly barring a man from recovering one-half of one billion dollars that legally belongs to him.

Not because they don't have the manpower, or because there are a bunch of un-exploded World War 2 landmines in the area, or because there's a government-protected family of endangered piping plovers living in a nest of paper straws with soda-can rings stuck on their heads. Nothing like that.

Because their licensing permit doesn't allow for it.

"The council has also told Mr Howells on a number of occasions that excavation is not possible under our licencing permit and excavation itself would have a huge environmental impact on the surrounding area.

"Even if we were able to agree to his request, there is the question of who would meet the cost if the hard drive was not found or was damaged to such an extent that the data could not be recovered.

"We have, therefore, been clear that we cannot assist him in this matter."

Okay, forget for a moment the previously mentioned fact of the NASA guys who found the Challenger's hard drive in a dried-up lake bed — and were able to extract 99% of the data on it — saying there's a 90% chance they can recover this one. 90 and 99 are not 100. Also true: If it's not 100%, it's not a guarantee. That's just basic definitions.  So yes, the chance does technically exist that you allow this man to dig through your town's garbage pit on his hands and knees for a week and he doesn't recover the hard drive. As well as the (1%) chance that even if it's found, the top-1 percentile of MENSA members working for James can't get the money off of it, and you'd be left with the (like $75?) bill.

Turns out we have something in society to account for these type of things which are not guaranteed by their very nature alone, called contracts.

And James has mentioned every day for a decade now that he has hedge fund backing to cover everything.

At the risk of making the little baby pea-brains of the city council members implode inside their heads by talking about contract law and concepts like "liability," or explaining what a hedge fund is, I'll put it like this: "you sign name on paper, very rich guys with infinity dollars pay to dig the trash, take the pictures, even (and especially) to make the trash pretty again afterwards —or else policemen take them to jail."

(I also thought James' own explanation was properly Explain-It-Like-I'm-Five'd: "He said his plan has been backed by hedge funds who are willing to stump up for the cost of the search as well as the equipment involved in exchange for the lion's share of his fortune.")

Unfortunately, the fact there was no downside whatsoever to letting a guy recover his $500 million wasn't compelling enough for the venerable Newport City Council.

In May, James had a meeting with two city officials, but as he recalled to the New Yorker, one of the officials told him: "You know, Mr. Howells, there is absolutely zero appetite for this project to go ahead within Newport City Council."

So there you have it. Not hungry. Oh well. James will just have to let it go. Let that $450 million go, or probably more at some point. Maybe even a billion? Let that $1 billion go.

The trash must not be disturbed. 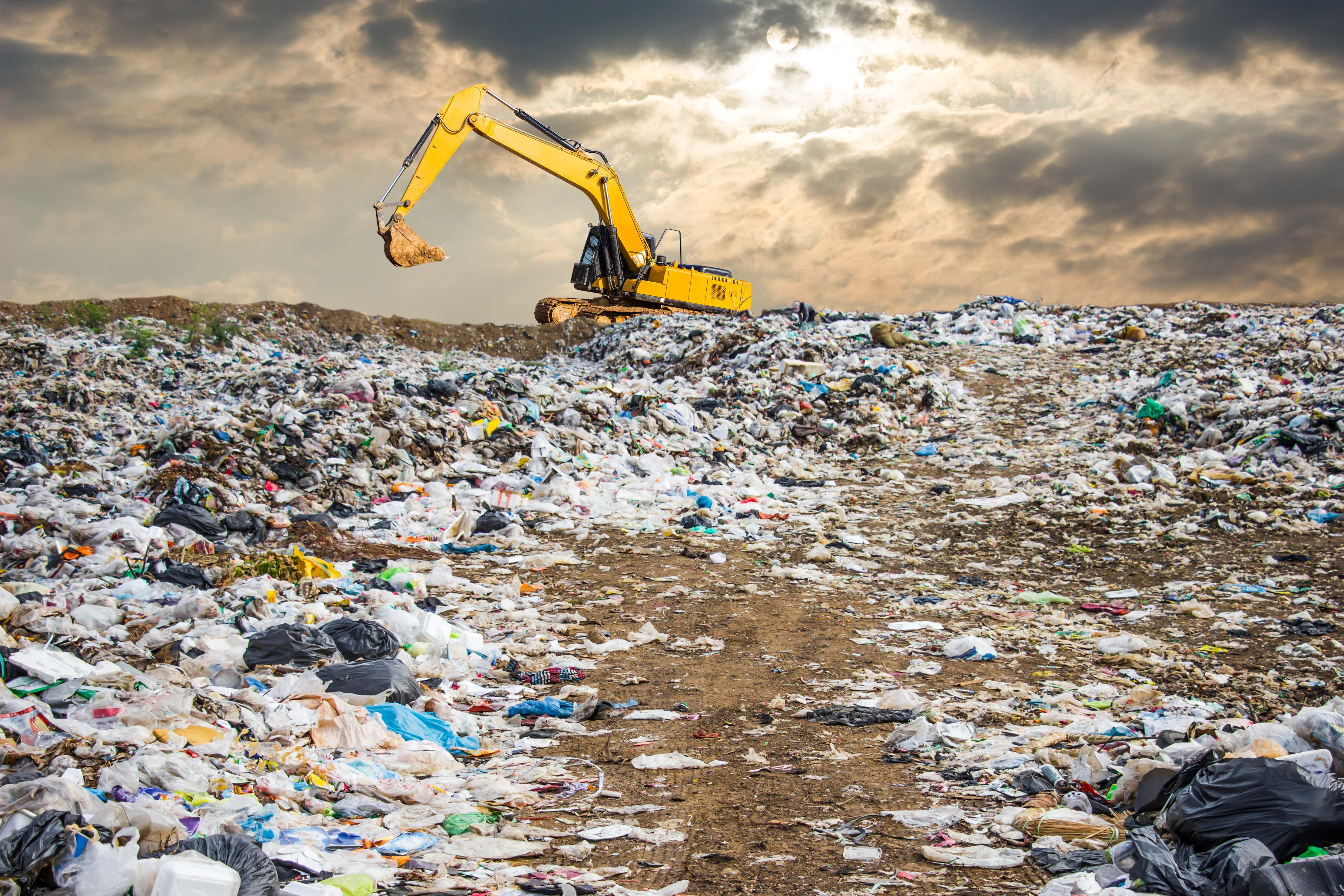 Oh I didn't even mention James offered 25% of the recovered money for the council's trouble of letting him scuba dive in fucking 10-year-old garbage.

James has previously appealed to the council to search the city’s landfill site - but keeps getting rejected.

He hoped a 25 per cent reward (roughly £55m) would be an incentive, but killjoy council chiefs say they are bound by their licencing permit.

55 million pounds, on the one hand.

On the other….well, can you ever really put a price on the sanctity of city licensing permits?