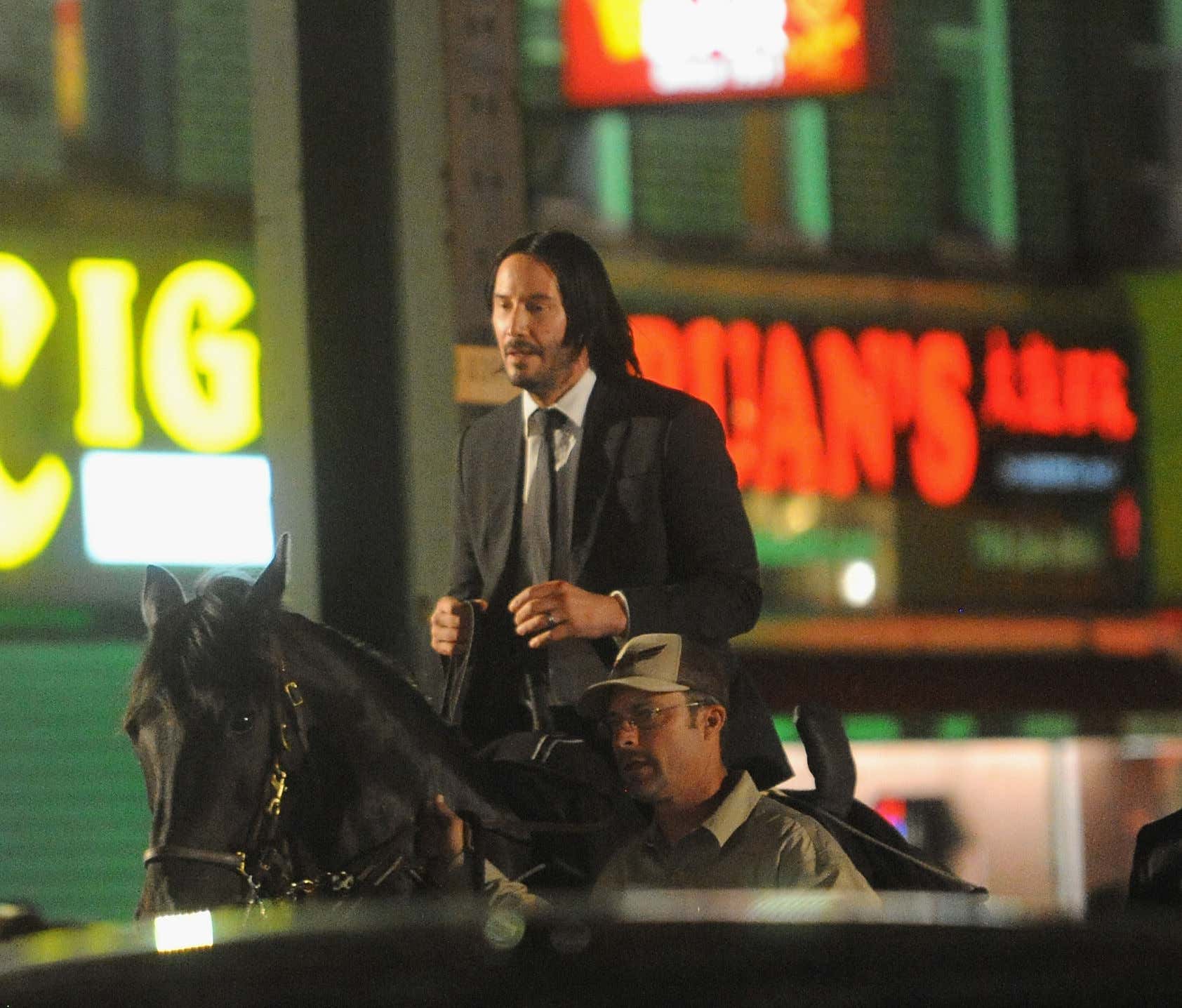 At the risk of sounding like I'm yelling at clouds, the film industry is in a huge slump, mired in reboots and re-imaginings and recycled dreck. Celebrity culture is at its lowest ebb of our lifetimes. The gossip sites I used to go to for quality content back in Barstool's early days are lousy now with Real Housewives and influencers being passed off as "stars." And the movie going experience is on life support and may never recover. (Seriously, think of how dire the situation would be if we didn't have Marvel still mining superhero gold?

But there are exceptions. As long as we've got the "John Wick" franchise and Keanu Reeves, we will never be without hope that Hollywood can recapture its former glory. The best description I've ever heard about the first John Wick film it's that it's the best '80s movie that was not made in the '80s. And the sequels have so far been everything you can ask for of any sequel, keeping the the tone and the quality of the original while promising bigger and better things and delivering.

And with "John Wick 4" on the way, Vulture did an interview with Lance Reddick, who's given a note-perfect performances as Charon, the desk clerk/concierge/man-who-can-get-you-things at the Continental. This guy:

And if you needed some assurance that Keanu Reeves is the human we've been told he is - and at this point, I don't know why anyone would - Reddick delivers in a massive way:

Speaking of Keanu, can you give us some insight into his personality?
I’m a journeyman character actor. And whenever I work with a big movie star for the first time, I keep my guard up to protect my work from an ego. And if there’s any big movie star who’s not that person, it’s Keanu. … My experience with him after that continues to be one with someone who’s very generous as an actor and then all about the work. He’s also very shy. This is going to sound really weird, but — he seems simple, but spiritually he’s very advanced.

That makes perfect sense, actually.
He’s incredibly deep and insightful and thoughtful. But watching him in social situations, he can be like, “I can only take so much input from other people so don’t bother me.” Which is fine. He’s very shrewd. On one hand I feel like I don’t know him very well but on the other, I just adore that guy. He’s such a wonderful human being. …

I hope I don’t get in trouble for telling this story: During John Wick: Chapter Four, my first day of filming happened to be Keanu’s birthday. But he wasn’t in the scene. He came to the set anyway at nine o’clock at night with his girlfriend who I had never met. And she is … can I say a bad word?

Go for it.
His girlfriend is cool as fuck. And she told me that she asked Keanu what he wanted to do for his birthday and he said, “I want to go see Lance.” He’d never done this before but he wrote me a note thanking me for what I brought to the character in these movies. And he wanted to give the note to me. I’ll never forget it. I’m going to cry now.

Where is the note now?
I don’t remember where I put it. I do know that I want to frame it.

Hearing these stories about Keanu sort of feels like it did seeing the documentary about Mister Rogers or watching Bob Ross make oil paintings. It gives you an odd kind of happy-sadness. Where you're glad that there are people among who fame couldn't corrupt. Who are still universally and unanimously beloved in a world that is conditioned to tearing down the very people who have dedicated their lives to expressing themselves creatively.

But then at the same time, it makes you sad that you've failed to ever live up to their standard. I mean, how many people in your life have you only occasionally met or temporarily worked with that you ever did a gesture like this for? Where you went so far out of your way to extend kindness to on this scale? Keanu Reeves is one of the five or ten biggest box office draws in the world. If he chose to spend his birthday eating in a Michelin star restaurant or back in his hotel suite watching pay-per-view, no one would've given it a second thought. Instead he made his birthday wish watching another actor act and gave him validation in writing about how much he's appreciated. Unbelievable.

I guess the thing to do is try to aspire to this type of just pure, genuine niceness. Even knowing going in, you don't have it in you to achieve Kindness Level: KEANU. I mean, here I am, just a writer and local comic. But last night I told the Irish Rose not to worry about sending a Christmas gift to a distant relative we're not going to see over the holidays. When what I should have been doing was  going down to Barstool HQ to tell everyone at the company how much I respect and admire their work. Because I'm just a terribly flawed person. And Keanu Reeves is a superhuman.