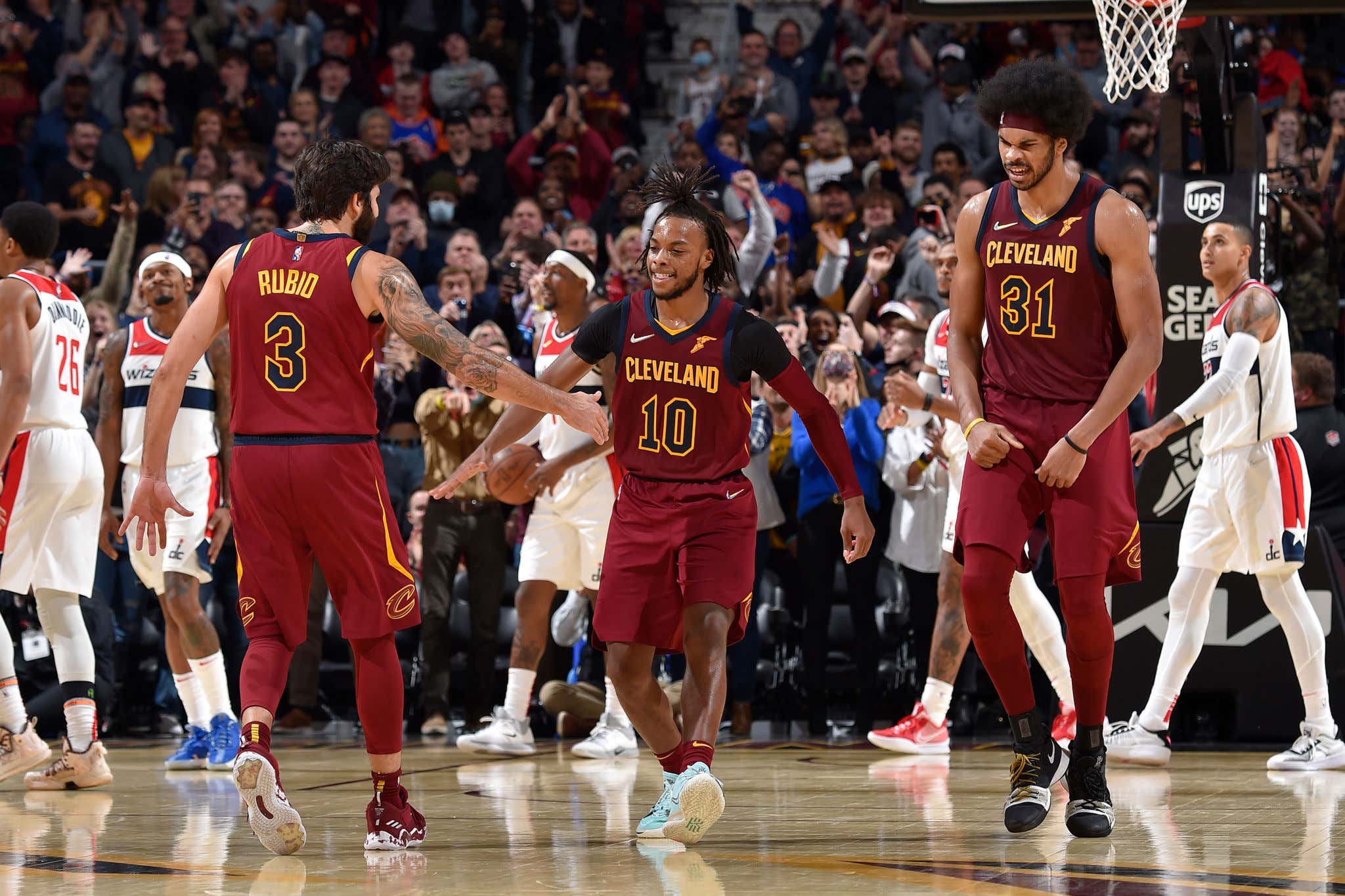 Rebuilding in the NBA can look different depending on what team you're talking about. Some, like the Lakers or Nets can rebuild basically in a blink of an eye. Teams like the Suns can't really rely on blue chip players forcing their way to that organization so they have to build through the draft, make smart lower tier free agent signings and be patient while hoping it all works out. The you have someone like the Kings that can't seem to ever figure things out and are on an endless rebuild cycle.

If you were to ask me what the biggest surprise and honestly best story of the East so far this season was, my answer would be what is going on in Cleveland. You could make the case their their "rebuild" started in the 2018-19 season. Kyrie was gone, LeBron was gone and they went from a 50-32  record to 19-63. In fact, they won just 19 and 22 games in the two following seasons. It was pretty much what you expect when a team goes for a reset and builds their future around young players. I would argue they've done a great job of following the Suns rebuild roadmap. Why? Because here they sit, in Year 4 of the rebuild so around the time you would hope to see some upwards progress and that is exactly what is happening.

At 18-12, the Cavs who are owners of the longest current winning streak in the East (5), sit in the 4th spot, just 0.5 from the 3 seed and only 1 game back of the 2 seed. I don't think you can find a single person that saw something like that coming to start the year. That's what makes their play such an awesome surprise. The best part is the way in which they are winning games is about as legit as you could ask for. None of it looks unsustainable, and then you remember they lost a 25 point scorer in Colin Sexton! Just look at where this team ranks through 30 games

Not bad! In fact, pretty damn good! Here's what I mean when I say they are following the Suns blueprint. In terms of the Draft, it's very important teams like CLE nail their picks. We saw what happened with Anthony Bennett. You could make the case that every pick they've made since 2018 is panning out. That list consists of Evan Mobley (probably going to win ROY), Isaac Okoro (legit defensive talent), Darius Garland (STUD), Dylan Windler (shooting 38% from three), Collin Sexton (legit scoring guard before getting hurt). Outside of Windler who went 26th, all of those high lottery picks look like hits. That is so important when a team is rebuilding, you cannot miss on those picks. By all accounts, it looks like Darius Garland is ready to be THAT GUY. You can always tell who makes the all important Year 3 leap, and that's exactly what Garland is doing

Then there's the trade aspect of a rebuild. Safe to say getting involved in the James Harden trade has proven to be a good idea. Jarrett Allen is having a monster season. Full stop. You may not be watching, but it's true. I'm talking like 16/11 with 1.4 blocks while shooting 70% from the floor….at age 23. That's probably why they gave him that 100M extension, they knew what they had. I would also say that trading for Markkanen hasn't been a disaster either. He's giving you the same 14/5 he always does while making 2.3 3PM a night, just like he has basically every single season. How about the low cost trade for Ricky Rubio? All it took was Taurean Prince and a couple 2nd round picks. I feel confident in saying that Rubio has been awesome for their second unit as the veteran point guard/distributor. Those are kind of the under the radar moves that can really speed up a rebuild, you see it all the time.

If you're looking for reasons to buy what you're seeing, just look closer. The Cavs are 8-0 against teams under .500. Part of making that leap into a good team is not losing to teams you shouldn't. Taking care of business if you will. The Cavs are the ONLY team in the NBA that has not lost to a team under .500. They also have 10 wins again teams above .500, which is the 2nd most in the East. In fact, it ties them for the 3rd most wins against above .500 teams in the entire NBA.

So just add it all up. Elite defense? Check. Nailing all your high lottery picks? Check. Winning games? Check. Good ball movement? Check. Find a box and I'm pretty sure the Cavs are checking it right now.

Remember, a few weeks ago I told you to start paying attention to what was going on in Memphis. They're 9-1 over their last 10 all without Ja Morant. I am now telling you to do the same thing with the Cavs. Watch them. Pay attention to what they are doing. They are no longer a team that you can see on the schedule and assume it'll just be an easy win like it may have been these last few years. They are legit, they are young, and they are nailing their rebuild while playing exciting basketball every single night.

This is why the NBA is so awesome in my opinion. You never truly know which team is going to take a leap in any given year and break the mold of who people thought would be contenders in a conference. Are they ready to compete for a title? Probably not, but that's not the expectation! There's obviously a ton of basketball to still be played this season, but there is no denying how good the Cavs have been and should continue to be barring some sort of injury issue. People talk a lot about how there is more parity in the East this year and how it's a deeper and better conference than the West for the first time in forever.

You can probably thank teams like the Cavs for that.