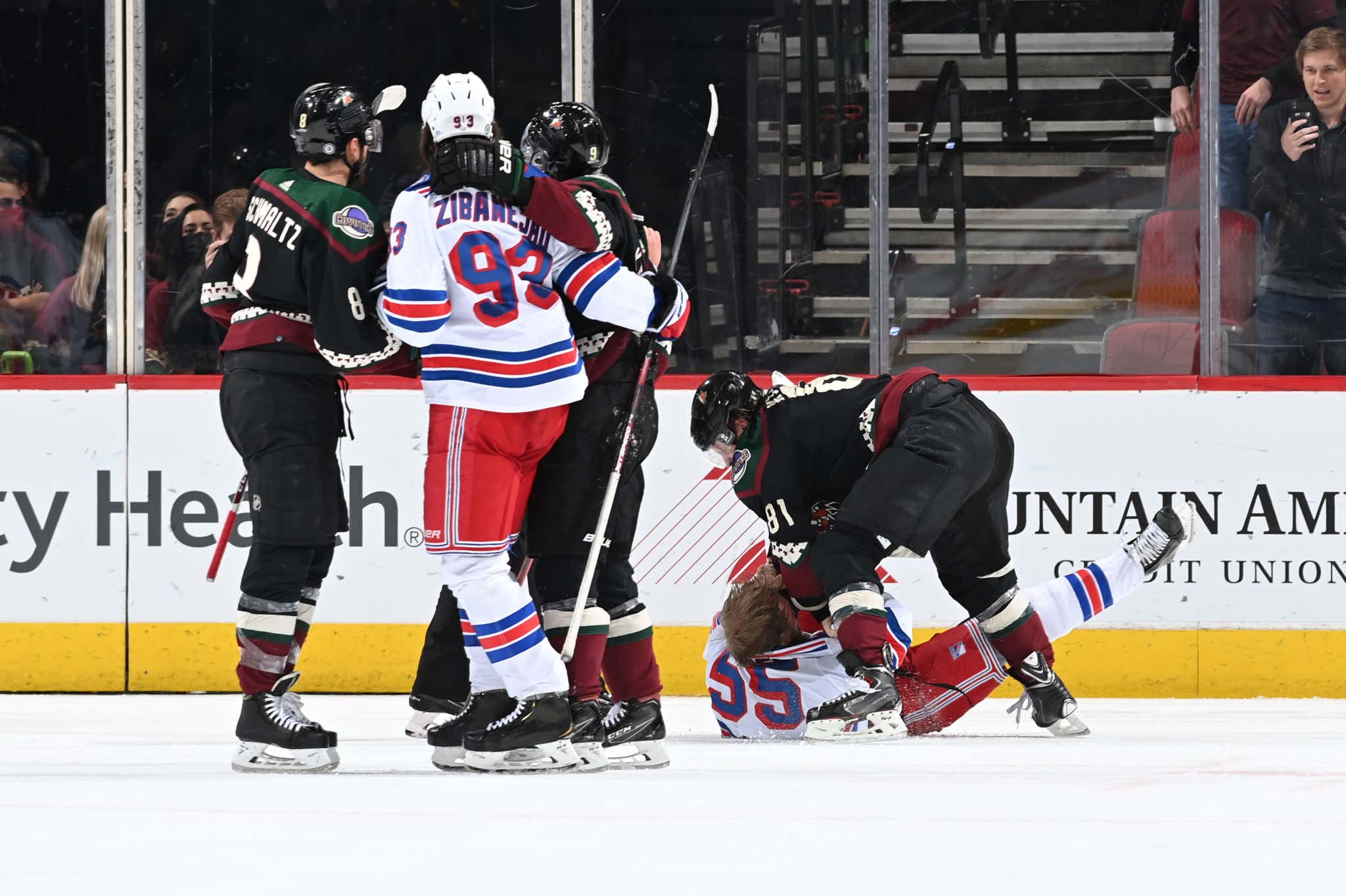 I've been blogging a ton lately about how testy this NHL season has been so far. Right in the middle of all of it is Jacob Trouba, who I'm assuming has a YouTube watch history right now with hours upon hours of Scott Stevens highlights. But the NHL is one giant 32-team powder keg. If it hasn't erupted already, it sure as shit is about to.

And when that thing finally blows, well you're going to need a hero. You're going to need a man who isn't afraid to go out there and fight for what's right, even if that means doing a little wrong. A good man who is willing to do bad things to protect innocent people. It's a massive responsibility to take on. And one which only a man who possesses massive power can undertake.

That man is Phil The Thrill.

I mean who does Ryan Lindgren think he is? Phil Kessel was out dominating life at University of Minnesota while Ryan Lindgren was still in pull-ups and needed his mommy to wipe his ass for him. Guy spent his whole life growing up in Minneapolis and following Kessel's every move. US National Team Development Program to U of Minn, to even getting drafted by the Boston Bruins. You'd think after all that time that Ryan Lindgren spent studying Phil Kessel, he'd know better than to poke The Thrill. Sometimes the old bull needs to teach the young calf a lesson.

Lindgren, Keller, Trouba, Kessel. Just a bunch of good ol' American boys getting together before the World Juniors get going. Gotta love it.