Holy shit, these people are absolutely out of their minds.

Florida State fans are losing it after No. 1 recruit Travis Hunter de-committed from FSU and signed with Deion Sanders and Jackson State. One kid decides to go play college football somewhere else and everyone goes insane. Just listen to some of these people.

"(Barstool) is where Deion got that money," one of the Twitter users said. "I feel like they specifically targeted Florida State ... Why Travis Hunter? He coulda took that 1.5 (million) and got a quarterback or anybody he needed and he took away Travis Hunter."

The $1.5 million that guy is referencing is the amount of money Barstool is supposedly paying Hunter to attend JSU. Where does that figure come from, you ask? Pardon My Meme.

You have to love these people. They have gone full-blown meltdown mode and they're not going to let one single bit of common sense get in their way.

Letting your frustration out on Twitter is to be expected, though, and it's pretty harmless for the most part. But that's not all these guys are doing. The ink is barely dry on Hunter's National Letter of Intent and they're already burning Deion jerseys. 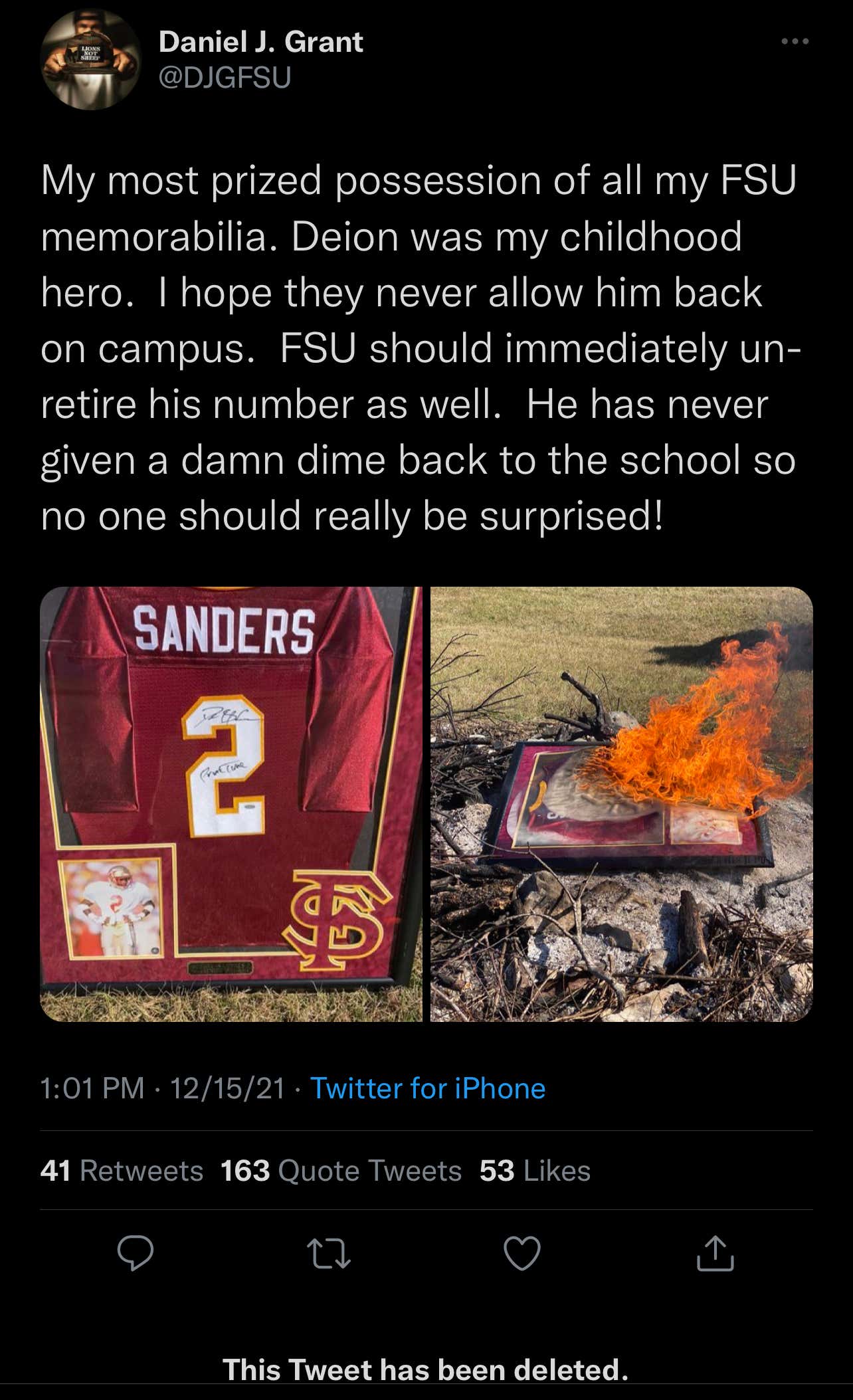 Are y'all serious? All this over one recruit?! I think that's a bigger indictment on the state of the FSU program than anything. You know what would happen if a five-star flipped from Alabama or Georgia? Nobody would care. You're telling on yourselves for being a poverty program.

This is just sad. I don't want to pile on here, but I also heard Hunter gets a Dozen team as part of his deal, too. Don't let that bit of news make its way to Tallahassee.