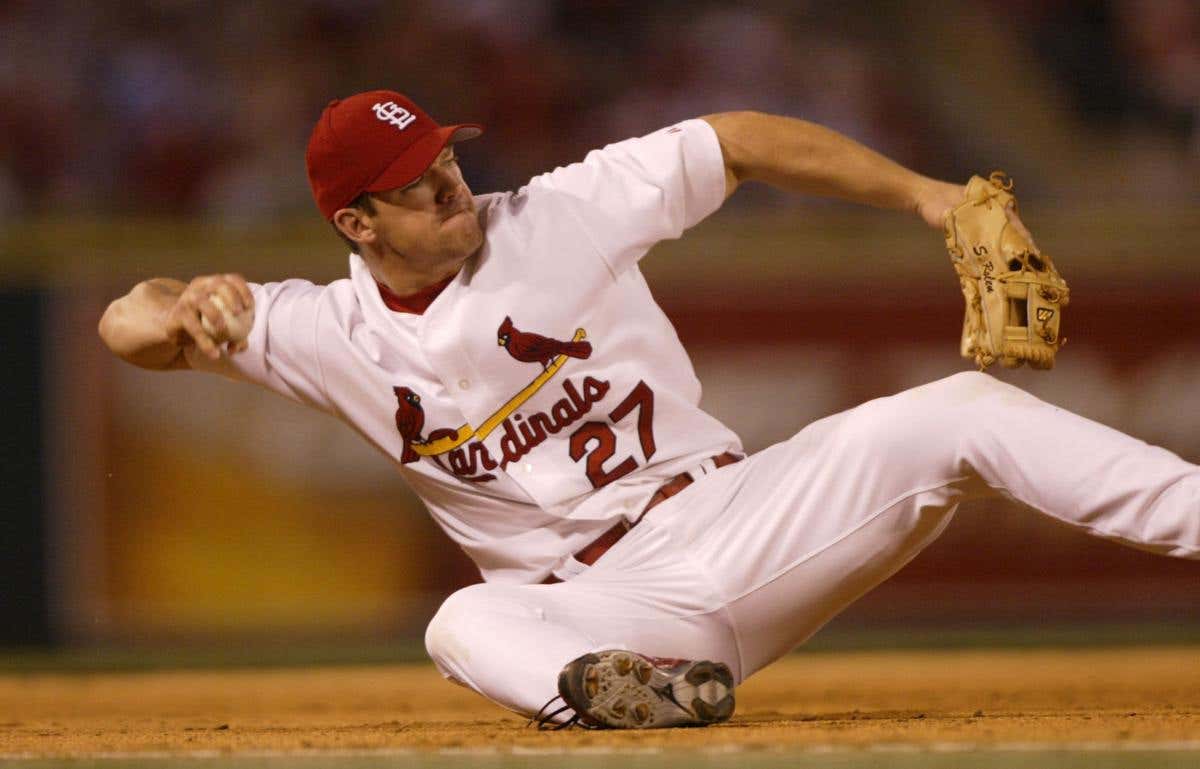 Scott Rolen belongs in the Hall of Fame. This is not something that should be up for debate. Scott Rolen has nine Gold Gloves, Two silver sluggers, and 9 All-Star appearances. He had nine seasons with a bWAR above 4, including a transcendent 9.2 WAR season in 2004 in which he finished fourth for the MVP. It has never been tougher to vote on the Hall of Fame than it is now. The current Hall of Fame ballot is chock-full of alleged and or proven PED users. There are players with domestic abuse problems and or character problems. It's a real mess. Then you have Scott Rolen, a guy who was as good both offensively and defensively as any third baseman of his era. He kept his mouth shut and had no character issues. He belongs in the Hall of Fame.

One of my biggest pet peeves is the argument that people have when they say, "If you have to think about it, that means that person doesn't belong in the Hall of Fame." That argument is moronic. We live in the age of analytics, and analytics provide us with a tool that shows when players may or may not have been undervalued. Alan Trammell is one of the greatest shortstops of all time. He probably would've been a first-ballot Hall of Famer if he had played in the analytic age. Tram ultimately fell off the ballot until finally being voted in by the veteran's committee in the Hall of Fame class of 2018. Scott Rolen, to me, while being a third baseman instead of shortstop, falls into a similar camp. He was as good defensively as any player of his era. He grades out to be a tremendous player analytically. And quite frankly, he was a far superior hitter than Alan Trammell ever was.

I understand that Hall of Fame voting is a sensitive subject at this point. While I disagree with the idea that Barry Bonds doesn't belong in the Hall of Fame, I also understand that people out there don't feel comfortable voting PED users in the Hall of Fame. I can't entirely agree with it, but I also sympathize with it. But what has Scott Rolen done to not deserve a spot in Cooperstown? Elite defender? Check. A tremendous hitter with a career .855 OPS? Check. Zero character issues? Check. Represented himself and baseball in the best way possible during the heart of an era in which half the league was juicing? Check. For the love of God, put his ass in the Hall of Fame. He deserves it.