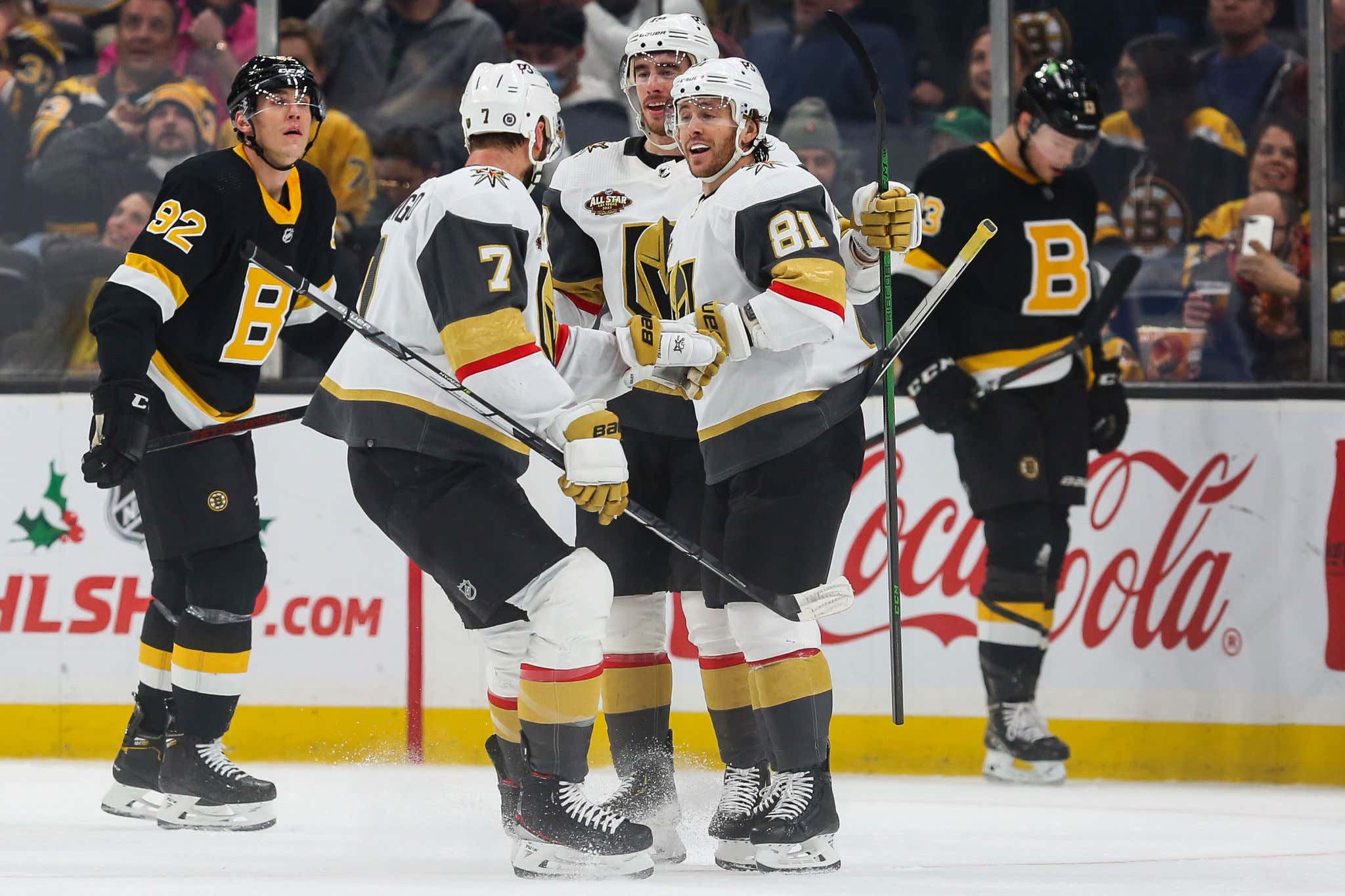 Safe to say today did not go the Bruins' way. First, Craig Smith and Brad Marchand were entered into COVID protocol, then they got completely dominated and lost 4-1 to the Vegas Golden Knights. Let's get into it.

With 6:56 left in the 1st Vegas opened the scoring. Shot from Shea Theodore went off Derek Forbort and in. 1-0 Knights.

Max Pacioretty extended Vegas' lead with 4:41 to go in the 1st. Stone with a unbelievable feed to Pacioretty who buried one five hole. 2-0.

B's give up a power play goal a the buzzer. Double deflection. 3-0 Vegas.

Max Pacioretty scored his 2nd of the game, shot had eyes and made it through Swayman. 4-0 Vegas.

21 seconds into the 3rd Patrice Bergeron got the Bruins on the board. 4-1.

- Craig Smith and Brad Marchand were placed in COVID Protocol earlier today and will miss (at least) the next 5 games (6 including tonight). Marchand skated at morning skate, but entered protocol later in the day. Virtually the entire Flames roster were placed in protocol after playing the B's, so wouldn't be surprised if you see more Bruins players in protocol the following days (knock on wood, though).

- Lines with Smith and Marchand out were as follows…

Jack Studnicka and Oskar Steen were recalled on emergency basis but did not suit up tonight.

- Bruce Cassidy was back behind the bench after coming out of protocol.

- Tough 1st period to say the least for the Bruins. Couldn't get pucks deep (or just flat out refused to). Too many turnovers. Game seemed to be over after that buzzer beater to end the 1st.

- Low energy, just a dud of a night for the B's… I know I've talked before about how the Bruins beat the teams they are supposed to beat but struggle against really good teams. After two strong games against the Oilers and Flames I thought they'd put up more of a fight tonight against Vegas (even without Marchand and Smith).

- Jeremy Swayman got the start in net tonight. Wasn't his best night to say the least. Bounces didn't go his way.

B's back at it Thursday night when they travel to take on the New York Islanders. 3 game road trip on tap.