Ravens fans. Think what you want about them. You're correct either way.

Nice, level-headed, crab-loving, Mid-Atlantic folk who love football because it brings their friends and family together.

Or scumbags who celebrate and genuflect to a murderer turned motivational speaker, who cheer for a team that was stolen from the poor people of Cleveland, on the doorstep of greatness, and instantly won a Super Bowl, ripping out their hearts and stomping on them.

I think you can tell where I fall.

Although, like Bill Belichick, I absolutely LOVE, and think the fuckin world of, Ed Reed.

(Sidebar - have you seen him in his new Crown Royal ads? Swag off the fucking charts.)

But back to Ravens fans. Couple rough weeks in the looks and class departments for them on the road traveling to their rivals' turf.

This was last week in Pittsburgh

This was from this weekend in Cleveland

The thing I don't understand is how stupid are these people?

1- If you're going to wear your team's colors, in another team's stadium, even if you're not looking for trouble, you are looking for trouble. Expect to catch a lot of shit from people just busting your balls and from total assholes alike, and take it in stride. It comes with the territory. Literally. Smile, or joke back, or shrug it off. Don't be an instigator. Don't try to stand up to them. Don't be a punk. It's a fight you will never win. You're outnumbered like General Custer at Big Horn. Even if you do escape a beating, the police are locals too and aren't going to give a fuck about your "allegiance" to the birds.

What provokes people to act like absolute savages (shout out the One Man Thrill Ride) when they go to sporting events?

Throwing a beer on people? Are you fucking kidding me lady?

Taking on an entire section of pissed-off, frustrated, blue-collar hammer swingers in the 300 level of First Energy Stadium? Do you have a death wish kid?

None of this behavior occurs outside the stadium in real life because the human brain (no matter how dumb it may be) is wired instinctually to survive above all else.

This is not the behavior of people looking to live long.

Clean it the fuck up Baltimore.

p.s. - the only person who came off worse than the two Ravens fans in these videos was this drunk fucking loser 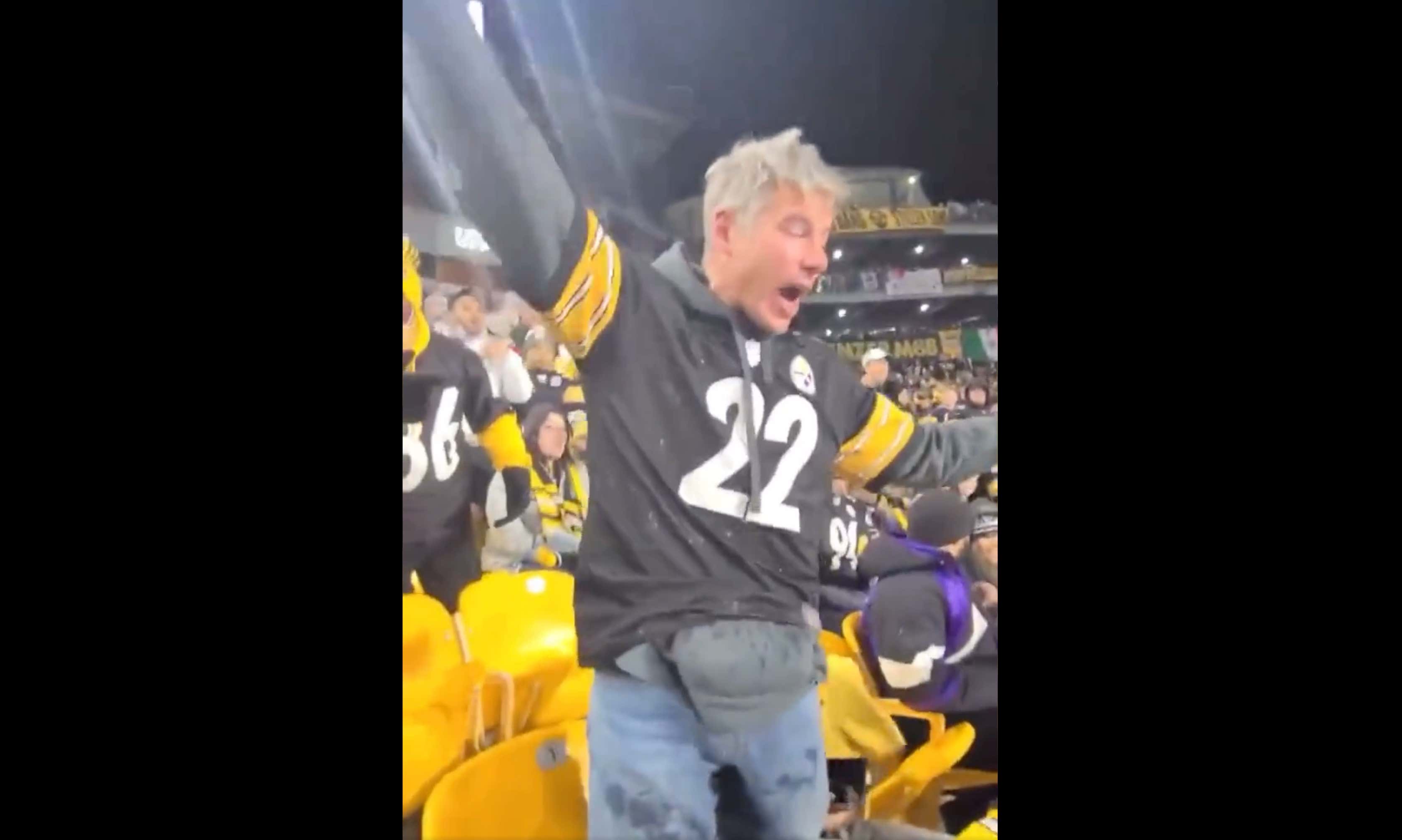 The only people worse than the losers who heckle players at games and think they're funny or tough are the one's who heckle other fans. Looking to provoke them. Like this guy. Was the lady in the right to toss a beer in his face? Absolutely not. But can I see where she was coming from? Absolutely. Because if I had to listen to this maniac chirp me all game, talking shit like his dog shit 6-6-1 Steelers who are going nowhere, I would lose my mind too. Buddy, your team has won two championships since the sport allowed free agency. So has Bmore. Sit the fuck down, enjoy the game, and worry about your team finding a QB to replace the sloth, who should have retired two years ago, this offseason. And last but not least, don't get tough and start screaming in a woman's face the second security shows up to intervene. Great role model for that poor kid sitting there the whole time.

p.p.s. - I've been lucky enough to get the chance to visit a lot of different NFL stadiums. I think the most shocked I ever was by a fanbase was Packers fans. The Patriots played up there on one of the coldest Sunday nights I can ever remember like 6-7years back. Lambeau should be an absolute bucket list item for any football fan or sports fan. There's no other place like it. It's situated like Wrigley Field is, smack dab in the middle of a legit neighborhood, except instead of a small baseball park it's a giant football stadium. There are actual ranch houses directly across the street from it on some sides of it, and people park their cars on the lawn and have grills going all day and night. The tailgate scene was electric. Everywhere you walk people are going out of their way to bring you in to their party and offer you Spotted Cows. For the first 5-10 times of this happening you think they're trying to sabotage you and poison you, but then you realize it's just genuine midwestern hospitality. Inside the stadium at the game same thing. There aren't seats, it's all bleachers. And everybody brings their own little chair that snaps into the bleacher, to sit on. Being ignorant New Englanders, we didn't know about this, so people in our section were kind enough to let us use their extra's that they always bring for schmucks like us. And they refused to take money for them (They did accept beers). Walking out of the stadium post game (Green Bay won by less than a touchdown, after TB12 almost hit Gronk in the end zone on a last-minute heave to win it) people were patting us on the back telling us they were so happy we traveled so far for the game, and asking us what we thought of Green Bay. I kept saying I was shocked at how kind and hospitable EVERYBODY was the entire day, and I couldn't understand why I heard Packers fans get such a bad rap. One lady asked me where I heard that from and I said, "well I live in Chicago now," to which she replied, "oh well yah, we fuckin hate Bears fans."