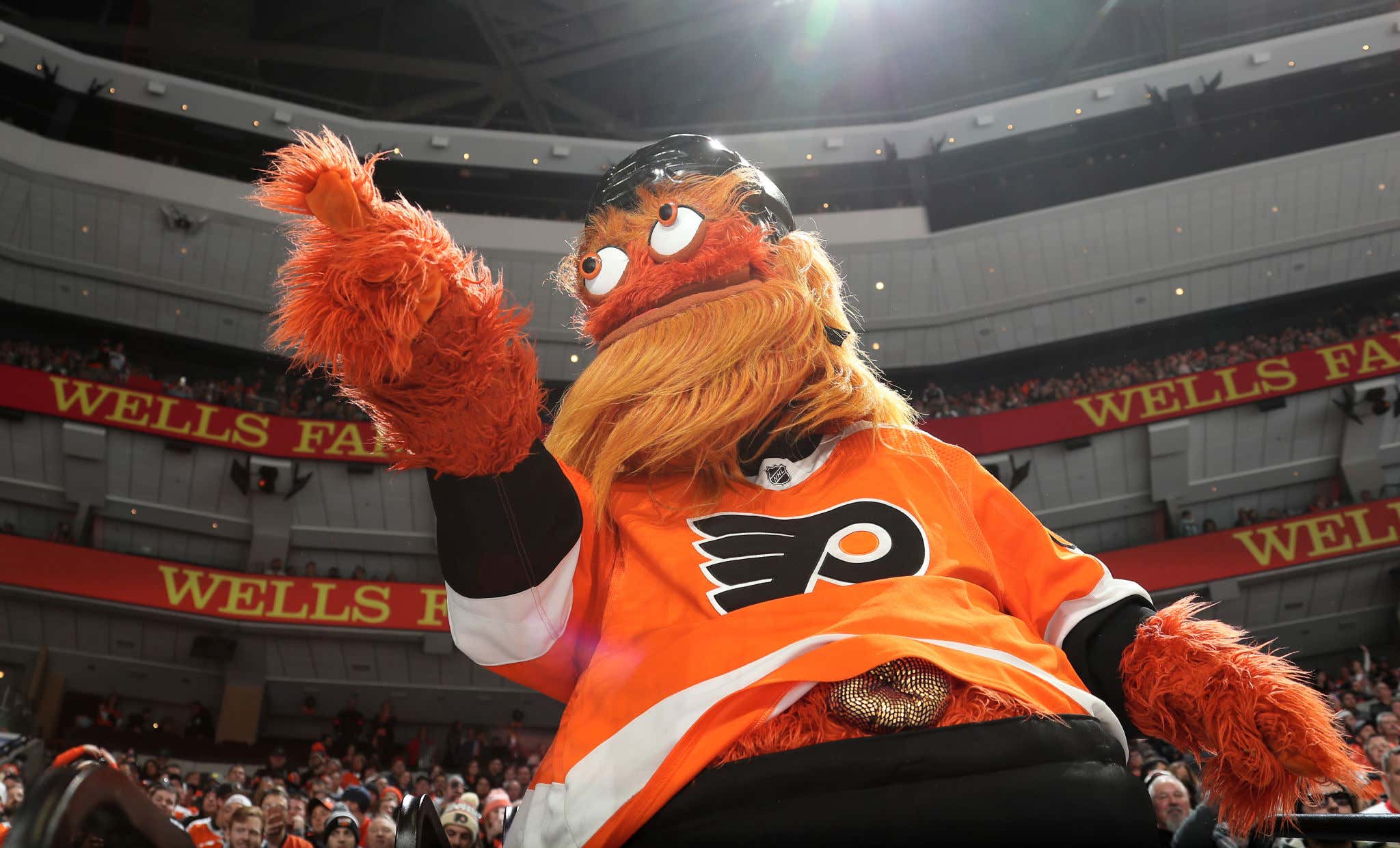 We should have seen this coming. I don't know how we didn't catch it right from the very start. But the moment that Gritty was introduced to the world, he was met with so much hate and disgust from the outside world. Naturally, that was going to cause everybody in Philly to love him unconditionally because anybody from outside this city who tries to talk shit on one of our own can eat a bag of dicks. Just like that, Gritty became one of us. He became ingrained into our society and even though it's only been a few years, it's tough to remember what life was even like before Gritty. The year may be 2021 to some, but here in Philly anything before 2018 is known as Before Gritty, and we're now living in the year 3 AG.

And I'll admit that we've had some good years. The man was a menace to society, seemed like he lived under a bridge in Kensington and wasn't afraid to beat the shit out of some little kids if he deemed it necessary. Pretty much the perfect ambassador that Philly could ever hope for. But the longer the Flyers have continued to suck, the more sinister it all began to appear. And now I can see it clear as day.

Gritty was never meant to be one of us. He was meant to control all of us.

Think about it. Who is the face of the Philadelphia Flyers franchise right now? You could say Giroux, you could make the case it could have been Carter Hart by now. But you ask anybody outside of Philly right now who is the first person to come to mind when you ask them about the Flyers, they'll say it's Gritty. This team doesn't have an identity. They're not a skilled team, they're not a fast team, they're not a team that is going to simply outwork their opponent and grind them down to win tight games. The team's identity is Gritty.

How did we let this happen? How has it gone this far? Well pretty simple, actually. It's been the master plan all along.

Gritty isn't the mascot for the Flyers. He's a puppet for Comcast. Ownership doesn't give a shit about whether the Flyers can win a Stanley Cup or not. All they care about is money. And they realize they could trick everybody into not worrying about the impending doom this franchise is facing if they don't go into total rebuild mode because hey, look at how whacky and zany Gritty is. Gritty sells merch, Gritty sells Santa Sacks, Gritty puts asses in the seats. And even though this organization has been the epitome of mediocrity for the past decade making the playoffs one year and missing the playoffs the next, it doesn't matter. Because Comcast will continue to shove Gritty down our throats until we forget what we were even upset about in the first place.

We're dealing with evil here. We're dealing with an ownership group that couldn't care less about the product on the ice as long as it doesn't hurt their bottom line too much. The Flyers haven't won a Cup since 1975. They don't give a damn as long as they keep selling tickets and Gritty plush toys. They won't do what the organization desperately needs to do and undergo a full rebuild. Start from scratch. Build an actual identity again. Gritty was put into our lives to stop you from thinking that way. To prevent you from thinking that things are nearly as catastrophic as they actually are. Gritty is an evil, egotistical piece of shit who only cares about himself and it's time for everybody else to wake up and realize it.

Unless this jabroni shows up to the Flyers game tonight with a paper bag over his head, we'll know that he doesn't actually care about the Flyers. We'll see that he only cares about himself. And if that's the case, Gritty better get himself some enforcers.

Sell the team. Ban Gritty. Rebuild while you still can with Carter Hart. Draft Connor Bedard. Figure. It. Out.