Now that's the definition of a team win.

With Langston Hughes High School about to attempt a game-winning field goal in the Georgia 6A state championship game, every Buford fan at The Artist Formerly Known as Turner Field hauled ass from the sideline to behind the goalpost to disrupt the kicker. It worked.

Well, it technically worked because he missed the kick. But I went and found the footage from the broadcast and would you believe Langston Hughes had a kid attempting the potential game-winning field goal in the state championship game who hadn't kicked a field goal all season?! 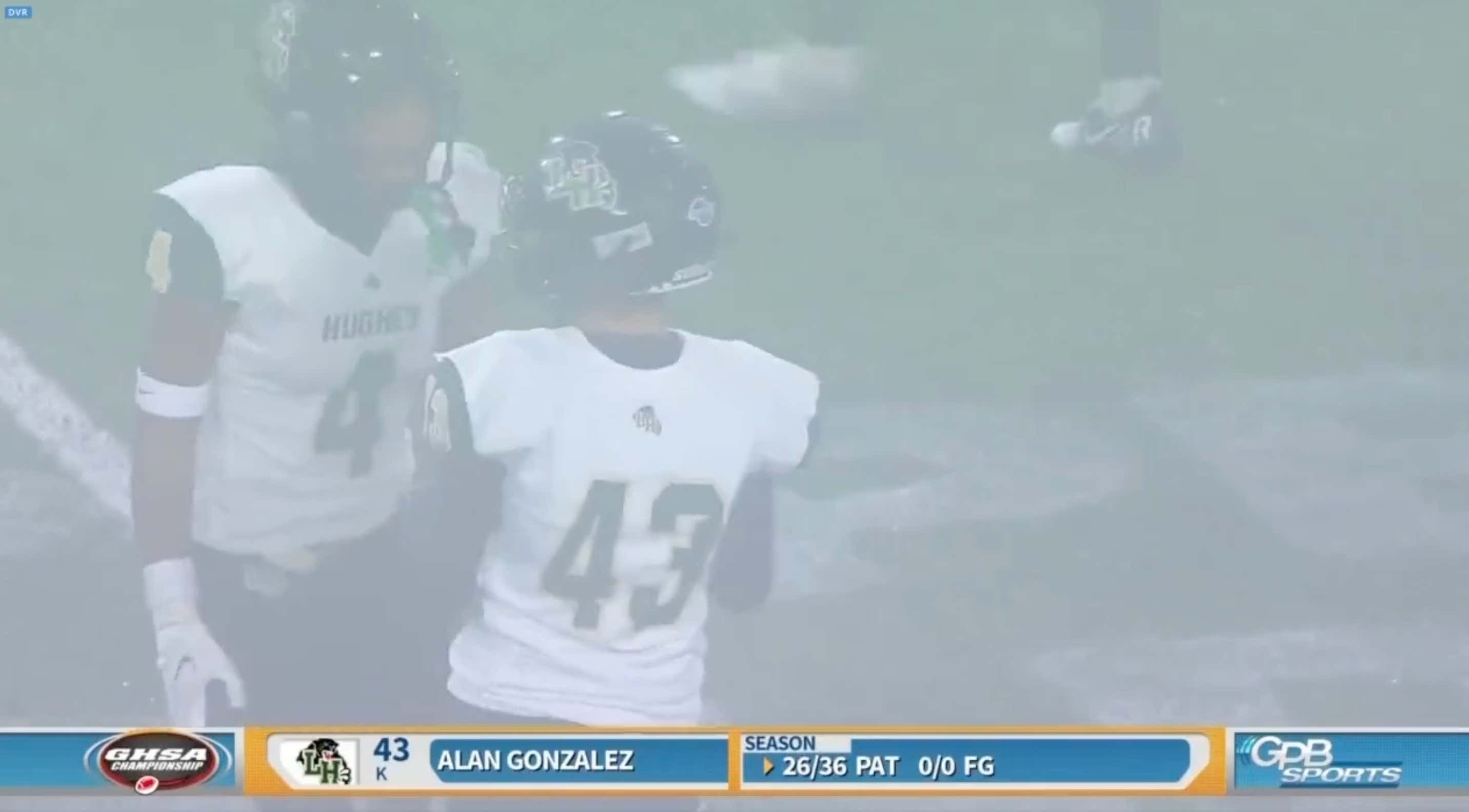 That's right, folks. They rolled this poor kid out there having only attempted extra points since August and told him to go do his best. I feel bad for him, but that kick was never going in. Having a couple thousand people sprinting around the stadium to the goalpost couldn't have helped, though.

The missed field goal gave Buford its third consecutive state title. Those fans knew what it takes to be a championship football team and were willing to do their part to will their team to victory.

Also, move the Georgia state championships back to Mercedes-Benz Stadium. The moment doesn't seem as big playing in Georgia State's football stadium that used to be a baseball stadium.