BOOM!!! A must win game and the Browns won. I don't want to hear that Lamar Jackson and Calais Campbell both left the game early today and didn't return. Next man up. The Browns were without David Njoku and you didn't hear me complaining. And I don't want to hear that the Browns almost had the most epic collapse in NFL history. A win is a win. The fact of the matter is that the 1st place Ravens came to town, we whooped their ass, and we sent them packing. And I'm not just talking about on the football field. I'm talking about in the parking lot and in the stands as well. The entire city of Cleveland was on board today that we aren't taking shit from anyone anymore. It was time for us to be the bullies.

I see why Myles Garrett ran through their offensive line today. The entire city of Baltimore doesn't understand anything about leverage. Buddy, you can't have all your weight on the back of your feet like that. Your stance is begging to get run over. Legs too far apart. Get low. What an embarrassment....just gotta leave the tailgate after getting manhandled like that.

And it didn't get any better for Ravens fans when they got into the game.

The 500 level of Cleveland Browns Stadium is just built different. Not a good place to wear a purple jersey, especially when the whole city knew we needed this one bad. I'm proud of my city today. They came to fight in all three aspects: field, tailgate, and in the stands.

And don't look now, but uhh guys, are the Browns BACK? 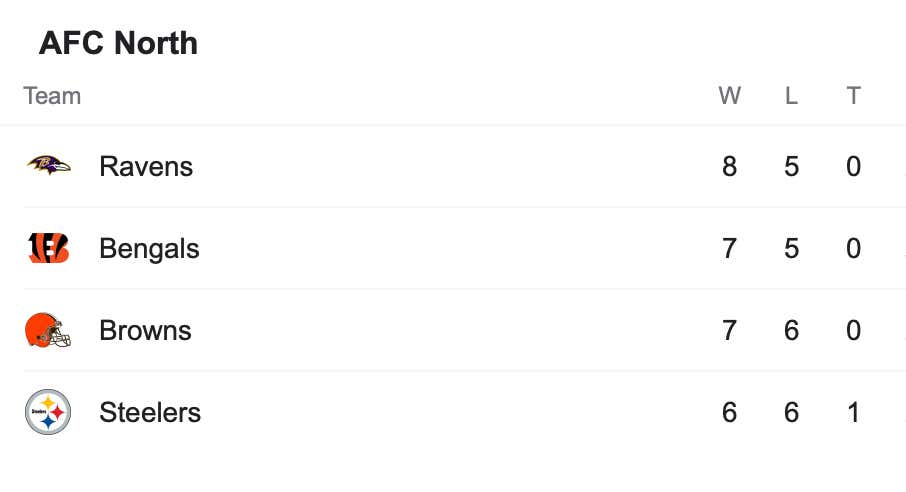 I need that playoff % statistic more than I can breathe right now. And I need to know if that number reflects strength of schedule. Because the way I see it, the Ravens host the Packers next week while the Browns get to play the dopey Raiders. In 7 days time, you might just be looking at a new leader in the clubhouse in the AFC North.
browns+ 1 Tags