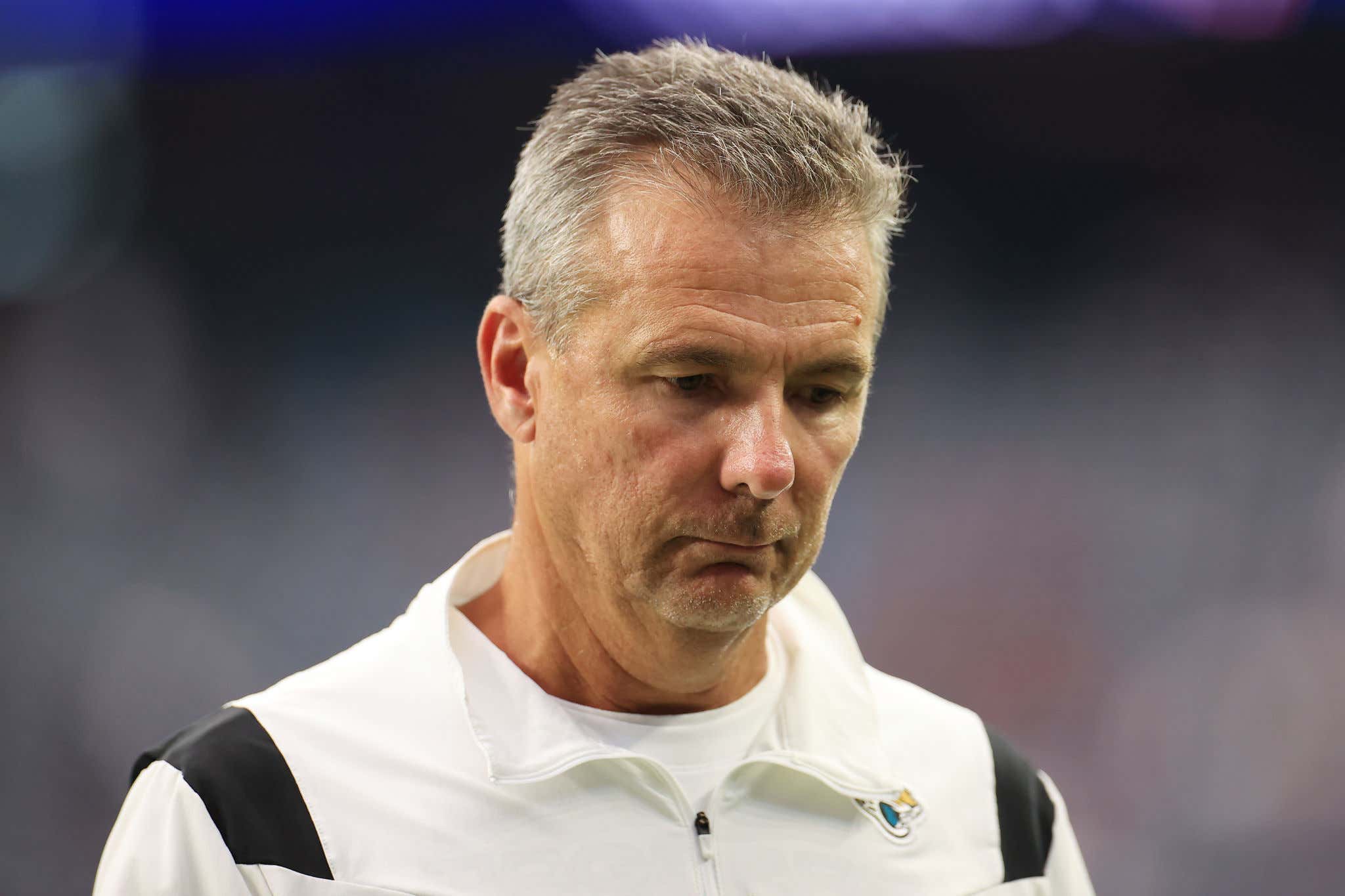 NFL.com- Months of tension surrounding Jaguars coach Urban Meyer has boiled over with multiple run-ins with players and other coaches in recent weeks, sources say, renewing questions in league circles about whether Meyer's stay in Jacksonville could end after just one tumultuous season.

Who could have seen this coming, other than pretty much everybody who commented about Urban Meyer going from being the king of a college program where players have to listen to everything he says to keep their scholarships to the head coach of professional athletes that make millions of dollars every year?

Tom Pelissero reports (I always wanted to say that) that all this nonsense happened in just the two weeks alone:

This is the big quote making its rounds on the internet.

Usually you have to tune into Barstool Radio to hear somebody's career get Ethered or read it after Deke Zucker transcribed it on Twitter. I took a quick glance at the resumes of the Jaguars assistant coaches listed on Jaguars.com to see if Urban's comments had any validity to them.

The first coach listed was Charlie Strong, who won a couple of National Championships with Urban at Florida then got on the Saban Train for a Natty last year. He also was led Lousiville to a Sugar Bowl, failed to bring Texas #back like everyone has since Mack Brown left, was a disaster at South Florida, and went viral for this picture that I know is Photoshopped but my brain is still not 100% sure.

Next up we have Darrell Bevell, who is better known as Satan to Seahawks fans or the guy who called this play to Patriots fans.

Brian Schottenheimer was next on the list of offensive coaches, so I'll just say point Urban without diving into the O-Line or skill position coaches.

As for defense, first up was Defensive Coordinator Joe Cullen, who Jaguars.com said "has 32 years of coaching experience, including 14 years in the NFL with five different teams (Baltimore, Tampa Bay, Cleveland, Jacksonville, Detroit). Not a lot of wins on those franchises outside of the Ravens.

Cullen was fired shortly after his hire at the University of Mississippi after being charged with drunk and disorderly conduct after passing out in a local Subway.

Cullen was arrested in 2006 for driving under the influence as the defensive line coach of the Detroit Lions. In another incident, also during the 2006 pre-season, he was arrested after he drove through a Wendy's drive-thru naked.

Loser? No. Wild boy. DEFINITELY. I can understand passing out drunk in a Subway since that's the only time I think people should eat Subway. But you gotta have the decency to at least throw on some underpants before visiting Wendy's. Have some respect for the Frosty, the Spicy Chicken Sandwich, those delicious square burgers, and the spirit of American fast food hero Dave Thomas.

I miss that man so much

I was going to dive into the defensive coaches then remembered the whole "Urban Meyer is the head coach that hired all of them". So we'll just call that a loss for everyone involved in that meeting, including Urban who has been winning the hiring game about as much as he has the game of football.

There has been staff turnover since Meyer arrived in January, for a variety of reasons. Meyer's hand-picked strength and conditioning coach, Chris Doyle, resigned under pressure in February after renewed focus on the allegations of racial remarks that had led to Doyle's separation agreement at the University of Iowa in 2020. Special teams coordinator Brian Schneider took a leave of absence in May for personal reasons and did not return. Meyer's chief of staff, Fernando Lovo, left the team last month to return to the University of Texas.

Finally we get some more clarity on the James Robinson situation from last week that Chaps blogged.

First of all, I'm thrilled to see Bernie Parmalee still has a job because there is something pleasing about reading his name. Maybe not as fun as Kirby Dar Dar but still a nice name. Second of all, it's not great when your QB as well as every fantasy manager on the planet knows James Robinson should be playing instead of Carlos fucking Hyde, even if he fumbles 10 plays in a row.

Oh yeah and Urban had the whole "Went viral for playing pocket pool with a chick's asshole after not accompanying the team home on its flight". Can't forget that. Something tells me that Urban's doctors may be recommending another break from football, which will cause this picture to be on our Twitter timelines for 36 hours straight.

Now I'm by no means an NFL exec and don't have a mustache let alone one as cool as Shad Khan's. But I do know a head coach that is a disciplinarian but also learned to resonate with players, has succeeded in Jacksonville, and won two Super Bowls against the greatest football dynasty we will ever see. 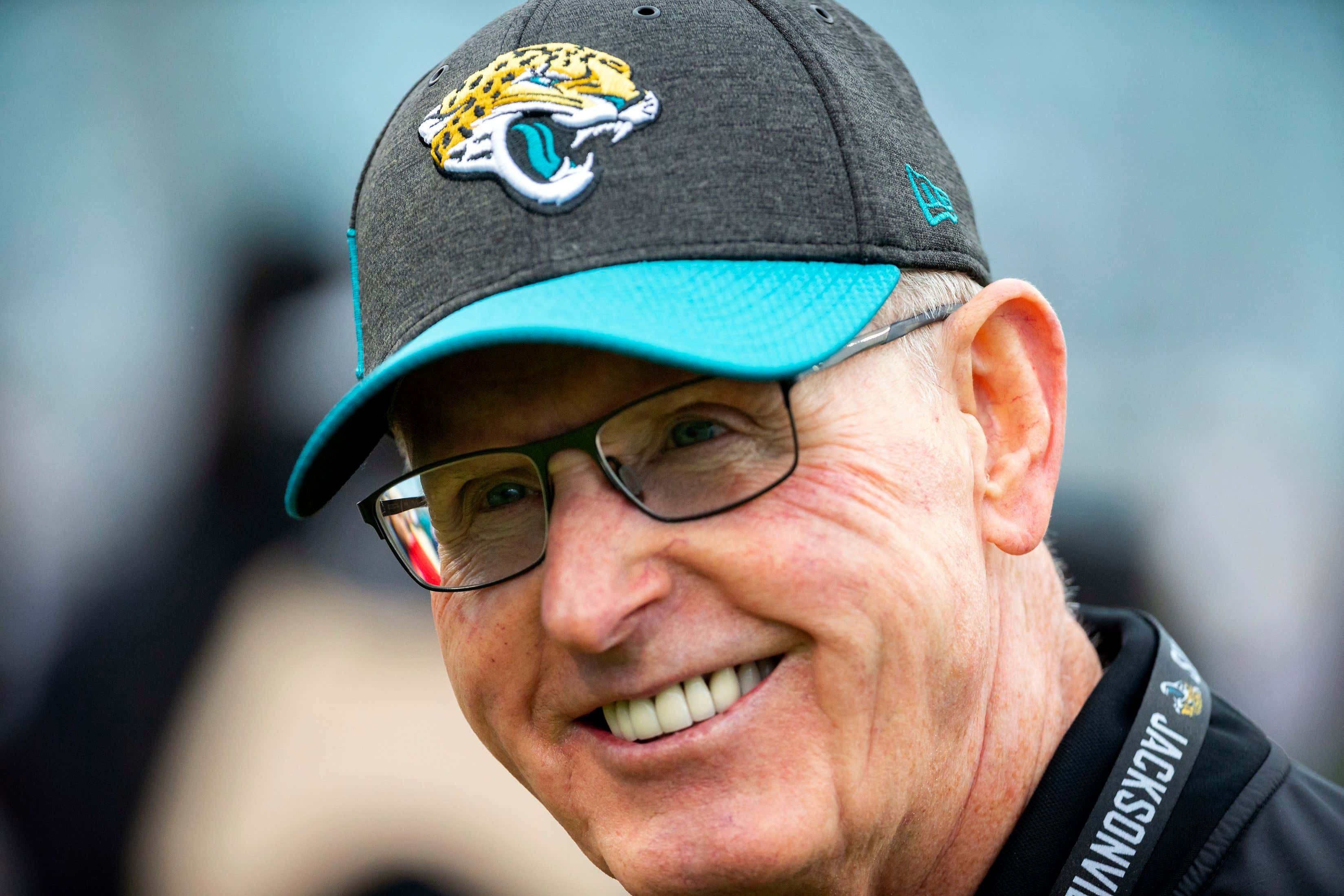 Do the right thing Shad and bring this man home, even though you just fired him a couple years ago. You were a quarter away from the Super Bowl with him atop the org chart and the BOAT at QB. You don't have to do it for me or the people of Jacksonville. But please do it for this poor son of a bitch who has a beard full of tears every Sunday.

Actually I take that back. I think the Giants need to bring General Coughlin back because the franchise has been utter dog shit since this happened.

Instead of hiring Coughlin, you can at least support the troops and a good cause Chaps is behind by responsibly placing a bet on the Barstool Sportsbook for the #VivaLaTroops promo.