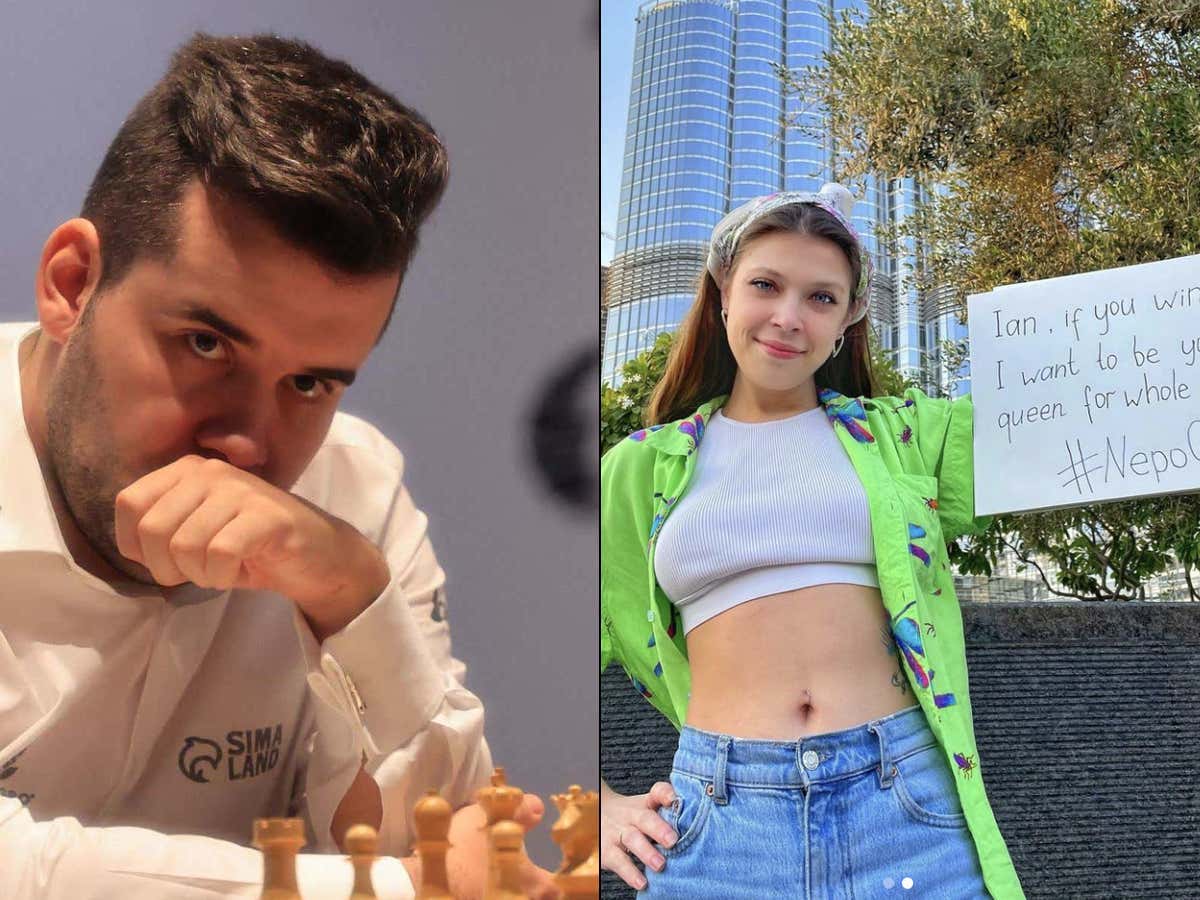 (fyi: if you want to see her videos simply copy and paste MihaNika69 into the hub and you'll have no problems)

Easy right? Just win a few matches and not only is the World Title yours but so is this lovely lady. Only issue is that Magnus Carlsen was standing in front of his glory and that man is the GOAT. Just hearing the name Magnus Carlsen screams unbeatable force. Well, he went on to dismantle the Russian for his 5th world title, never losing a game in their series of matches (7.5-3.5 being the final score over 11 matches). Their title fight featured the longest match in world chess championship history with an 8+ hour run time during the 6th game. Was MihaNika69 on the Russian's mind too much? Was Magnus Carlsen too much of a soul destroyer to overcome? I say both factored into the destruction of Nepo's game. Here's what he had to say afterwards after getting routed in the final few matches.

“In my career, I’ve lost some stupid games,” Nepomniachtchi said afterward. “But not as many in such a short amount of time.”

Too much pressure, too much Magnus. I can't blame him, if Layla London promised me a night with her I wouldn't be able to shake that thought while playing the game. I'd crumble in seconds under the weight of that moment. Better luck next time sir.

Chess matches are great and all, I love the movie Bobby Fischer and I loved Queen's Gambit. The real matches start tonight at 8ET. A full incredible card capped off with Jersey Jerry and Nadu. Ring girl contest as well with Dave and Dan on the call. What a night we have ahead of us. Buy now and don't miss out on the fun.