Following the departure of David Cutcliffe after 14 seasons in charge, Duke has reportedly zeroed in on its new coach in the form of former Dallas Cowboys head coach Jason Garrett.

I must say, you could have given me 100 guesses as to who Duke's next coach would be and I would have gone through every coordinator in the Power Five long before I ever would have even thought about Jason Garrett. I probably would have thrown in an FCS coach or two and possibly whatever name is hot in the high school ranks these days before I would have gotten to Garrett. This would be a unique hire, for sure.

Garrett was most recently the offensive coordinator for the New York Giants, but was fired last month after a little more than a season and a half. In 2020, the Giants finished 31st in the NFL in scoring offense and were 25th this season at the time Garrett was let go.

I reached out to my good friend Clem, who was tormented for the last year and a half watching Garrett's Giants offenses, and asked what he'd tell a Duke fan if this hired does indeed come to fruition. 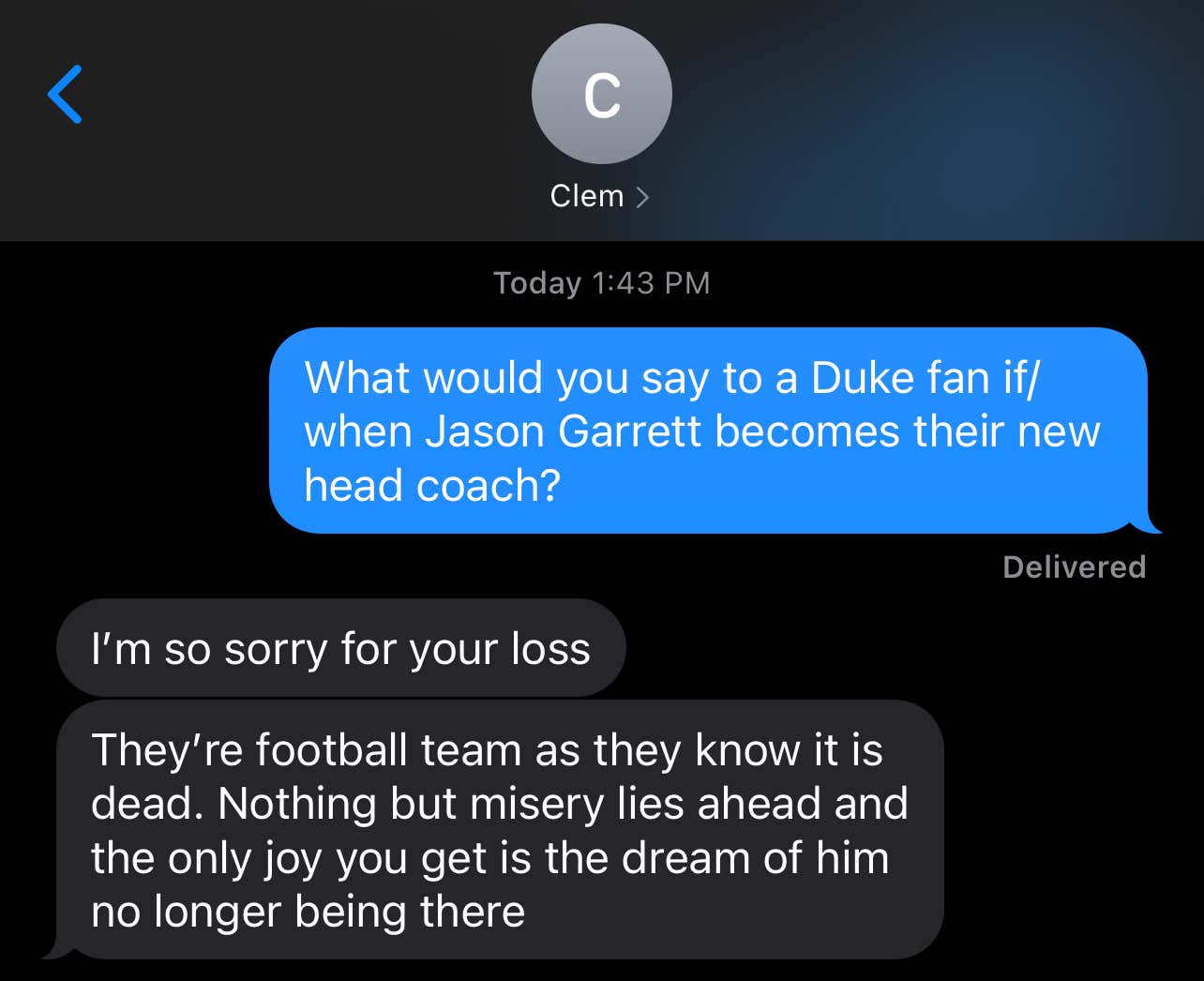 I don't know what sort of football program Duke has to kill to begin with, but Cutcliffe did lead the Blue Devils to as many bowl games (six) from 2012-2018 as they had been to from 1944 to his arrival in 2008. So there is success to be had in Durham if the right coach is able to unlock it.

Garrett has only coached in the NFL, so nobody really knows what he'd be able to do with a college program. Maybe he'd be great. If you're Duke, I really don't think it's the worst dart to throw at the board and see what happens. It's not like there are any real expectations for your program, anyway.

It looks like we may see Garrett back in charge on a sideline sooner than anyone would have guessed.