Based on years of reading Barstool, writing for Barstool, and looking at the Top 5 trending blogs on Barstool, I know that Stoolies love blogs about fights and/or beautiful women. If you slap a synonym of the word crazy in the title in all CAPS, you are cooking with gas.

As far as I can tell there weren't any smokeshows in that video, but holy fuck that was a fun kerfuffle, with three very clear MVPs of the melee. 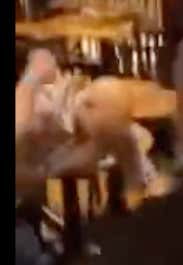 He isn't the star of the video long and the damage he does in minimal because as his name suggests, he throws baby punches. But he kinda reminded me of a fancy, skinny Stone Cold Steve Austin throwing a flurry of punches all with the same hand, preferably before flipping his victim off before landing one last jab. 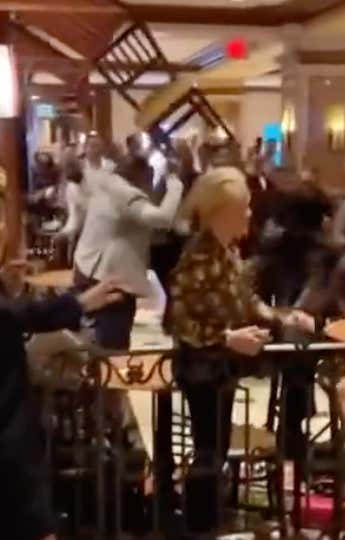 The person using the biggest weapon in a fight video is my MVP 99.999999% of the time, especially if he wields it the way this guy wields a chair. I'm at the point where I think this guy uses a chair the way we use hands. Not just for fighting either. Like if this dude needs to turn on his TV, he smashes the power button with a chair and goes about his day. If Chair Guy doesn't start swinging a hefty chair with hopes of seriously injuring a total stranger, this blog doesn't go up on Barstool. It's that simple.

However, I have to shout out the people who make the internet go round with the gold medal. 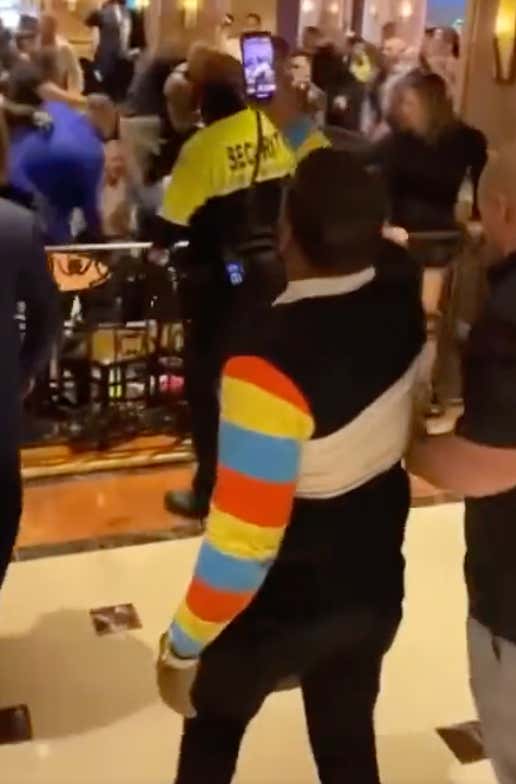 The word "Hero" gets thrown around a lot these days. But without heroes like Rainbow Arms here running towards the danger with his phone held high, we would never get these videos dropped directly on our internet door step. Yes, putting his phone in landscape mode would be optimal. However as someone who hated just being in a bar that had fight vibes in the air, I can overlook that technical hiccup for the display of bravery along with his willingness to stick his phone and fire outfit into harm's way in order to get the best angle. 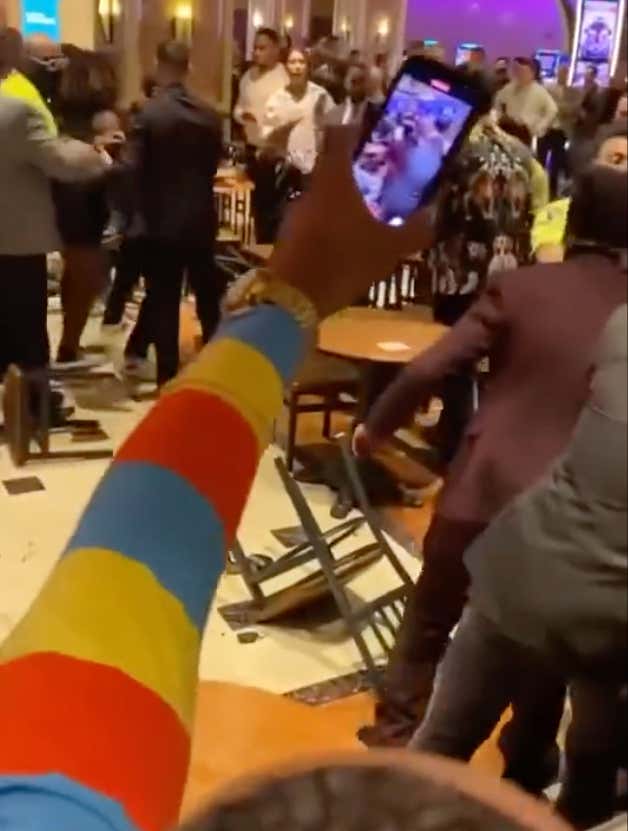 In fact, I think people who don't want to fight but want to go viral by shooting the video should all wear rainbow sleeves almost like the blue pinny that NFL Films camera men use that allows them to go as close to the action as possible without having to worry about repercussions. 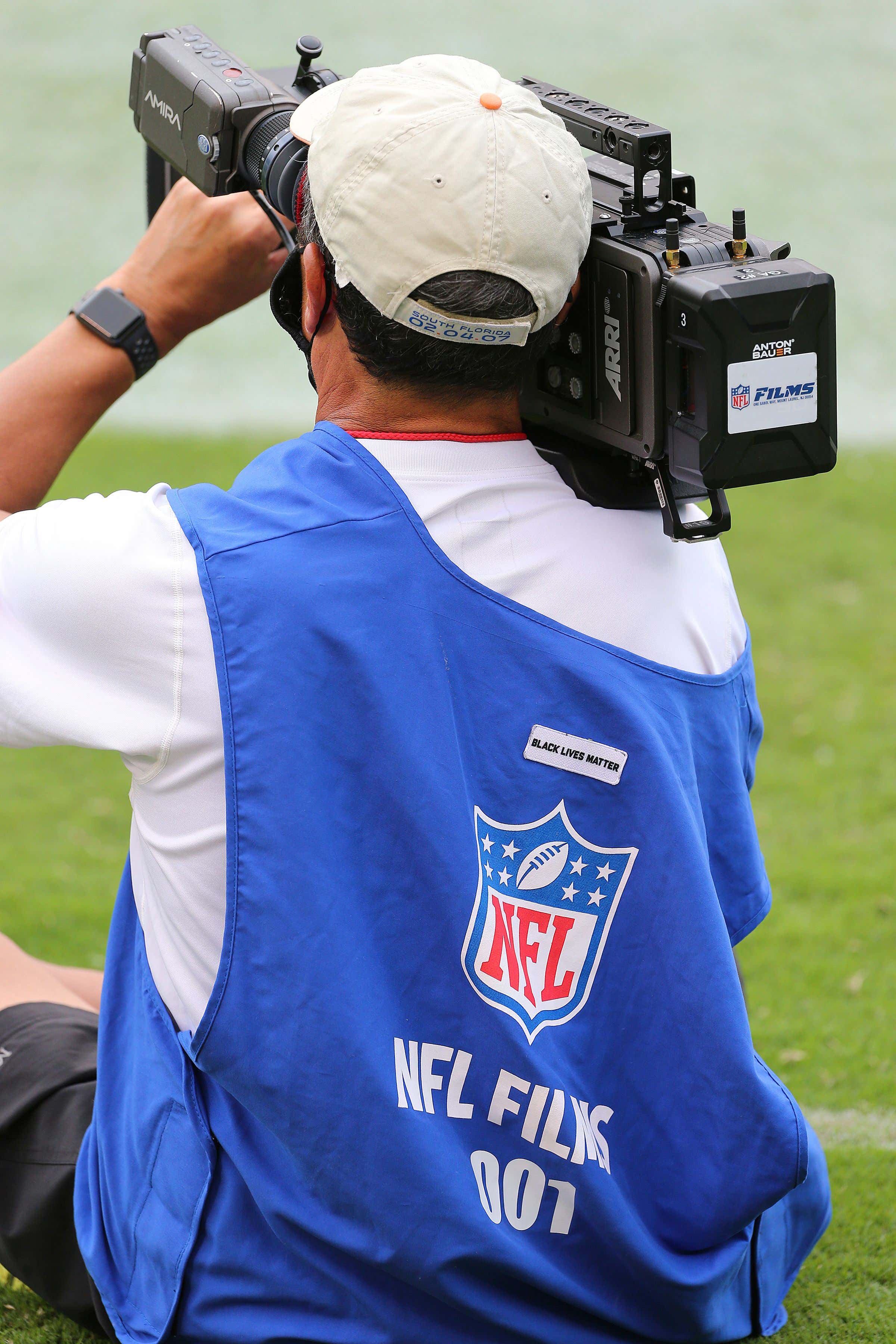 The LVP of this video was clearly the Cheap Shot Artist 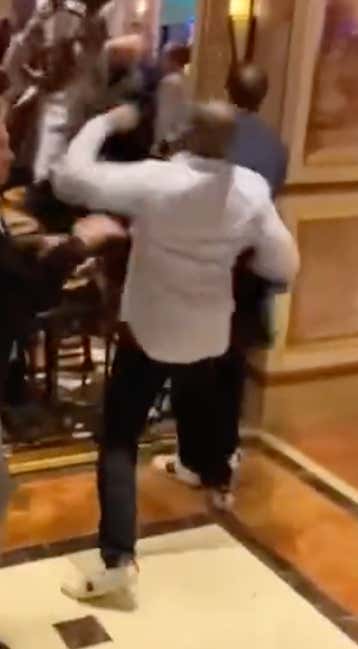 There simply no place for that in the fight game, whether it is being recorded or not.

Also shout out to Karl Havoc for making a guest appearance. He didn't do much but that's kinda his brand. 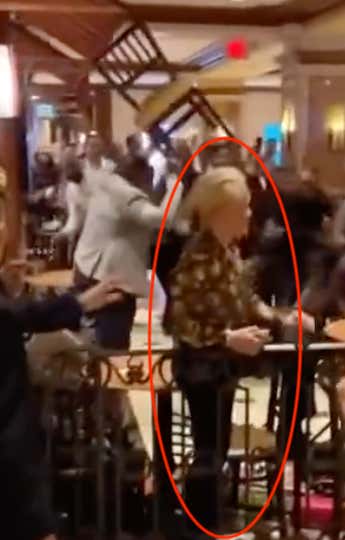 The only thing I couldn't figure out in all this is why the fight took place. That is until I saw the New York Post's write up about it.

NY Post- Hundreds of mortgage lenders and realtors were in Atlantic City at the time for a real estate convention. A person who witnessed the ordeal told The Post the fight broke out after several mortgage companies threw various parties across the city earlier in the night. It wasn’t immediately clear if those involved in the fight were there for the conference.

Ahhhhhh, now the blind rage exhibited by people in fitted suits makes perfect sense! If you have ever played a game of Monopoly, you know how angry you can get being around people competing for the same properties can make you. Missing out on the rush that comes with owning all four railroads or being able to build houses on your property with a monopoly can drive any man insane. To be honest, I may have smashed a chair over my dad's head once when he bought Park Place right after I secured Boardwalk and was ready to go full Ace Ventura on the Monopoly Man on him after it happened.

So a bunch of realtors letting off some steam in the East Coast's city of sin makes perfect sense to me.

Speaking of letting off some steam, you guys know Portnoy would fire me if I didn't end a fight blog without plugging Rough N Rowdy, right? If you want some real fights with actual knockouts, a ring girl contest, and maybe some chairs being used as weapons or whatever shenanigans that take place with a Barstool event, you can get it for $29.95 tonight on BuyRnR.com.