Two years ago today, I was casually strolling the halls of Barstool HQ towards Pod Room 2 to tape a podcast.

As I passed by Pod Room 1, Captain Cons had informed me that Zero Blog Thirty had a very special guest that week who was about to arrive at any second.

I asked who it was, and he promptly told me that it was Kyle Carpenter which admittedly MEANT ABSOLUTELY NOTHING TO ME.

But Kyle Carpenter?… No fucking clue.

To be honest, I almost said to Cons, "Oh cool… You mean that guy who played Coach Taylor on Friday Night Lights?"

But before I made a fool out of myself, Cons graciously said, "You know Kyle… The youngest living Medal of Honor recipient."

"Ohhhhh. Of course, I know him, Cons. What a great guest for you guys to have." (I still had no clue who he was outside of what Cons just told me… Which is a travesty, in itself.)

So I hung around for a second until his guest was shuffled into the studio by a small entourage, and I ducked into the ZBT studio before their cameras started to roll, just to say hello.

When I walked into their studio, I immediately saw Mr. Carpenter, and that is when shit got real.

Lance Corporal Kyle Carpenter was a member of a platoon-sized coalition force, comprised of two reinforced Marine rifle squads partnered with an Afghan National Army squad. In July 2010, the platoon had established Patrol Base Dakota in a small village in the Marjah District in order to disrupt enemy activity and provide security for the local Afghan population. Lance Corporal Carpenter and a fellow Marine were manning a rooftop security position on the perimeter of Patrol Base Dakota when the enemy initiated a daylight attack with hand grenades, one of which landed inside their sandbagged position. Without hesitation and with complete disregard for his own safety, Lance Corporal Carpenter moved toward the grenade in an attempt to shield his fellow Marine from the deadly blast. When the grenade detonated, his body absorbed the brunt of the blast, severely wounding him, but saving the life of his fellow Marine. Carpenter lost his right eye and most of his teeth. His jaw and right arm were shattered and he has undergone dozens of surgeries. On June 19, 2014, Corporal Carpenter received the Medal of Honor from President Obama in a ceremony at the White House. He is the eighth living recipient to be awarded that honor for his actions in Afghanistan.

Again… All of that info on Lance Corporal Kyle Carpenter was not available to me because my brain never had it, and yet I still approached Kyle with a sense of reverence because of all the respect his name garnered with the ZBT crew beforehand and also because his personal appearance was somewhat jarring.

The full episode with Chaps, Kate, Cons, and Kyle can be found here...

---- By the way, "jarring" is a fucking TERRIBLE word to use there, and I hope that if Kyle or anyone who loves him reads this understands that I only use it because his experiences left some scars and dents that make it immediately apparent that he has been through some shit that the rest of us mere mortals have the luck to never go through because we don't have the miraculous constitutions that would be required to survive them.

And I'll go one better after the "jarring" comment… Kyle is physically damaged (as people who jump on grenades tend to be), but he is also devilishly handsome and had a smile that made my fucking day. ----

But back to my brief encounter… I walked into the studio and reached my hand out to shake Kyle's.  As I did it, I casually said, "It's an honor to meet you, sir.  You're a hero to me and my family, and we thank you for your service."

Now, I have a confession to make… "Thank you for your service" does not carry the gravitas it used to for me.

Maybe that's because I know more soldiers as an adult than I ever did as a kid.  Maybe it's because of the whole 9/11 connection I have.  For whatever reason, I tend to throw "Thank you for your service." around without the proper context… Kinda like people who respond to tweets with "LOL!" even though they never laughed, and certainly never laughed out loud.

But still, I said to this American hero, "It's an honor to meet you, sir.  You're a hero to me and my family, and we thank you for your service.", and I only expected the requisite, "You're welcome." in return.

Instead, this special young man looked me dead in the eye (with his one working eye, mind you) and answered, "You and your family deserved it."

This fucking stud put me right on my fucking heels by making me reconsider all the sacrifices he made and how he probably justifies all the pain he's gone through by simply telling me that risking his life was all worth it because the millions upon millions of American strangers who sat on their (my) fat asses at home while he was in the suck jumping on hand grenades actually deserved it.

Maybe that is Kyle's go-to response, but I don't think so… And I don't want to put too much weight on it, but his words made me want to be a better man.  A man who raises kids who deserve it when a handsome and decent young person like Lance Corporal Kyle Carpenter uses his body as a shield in defense of our freedom. 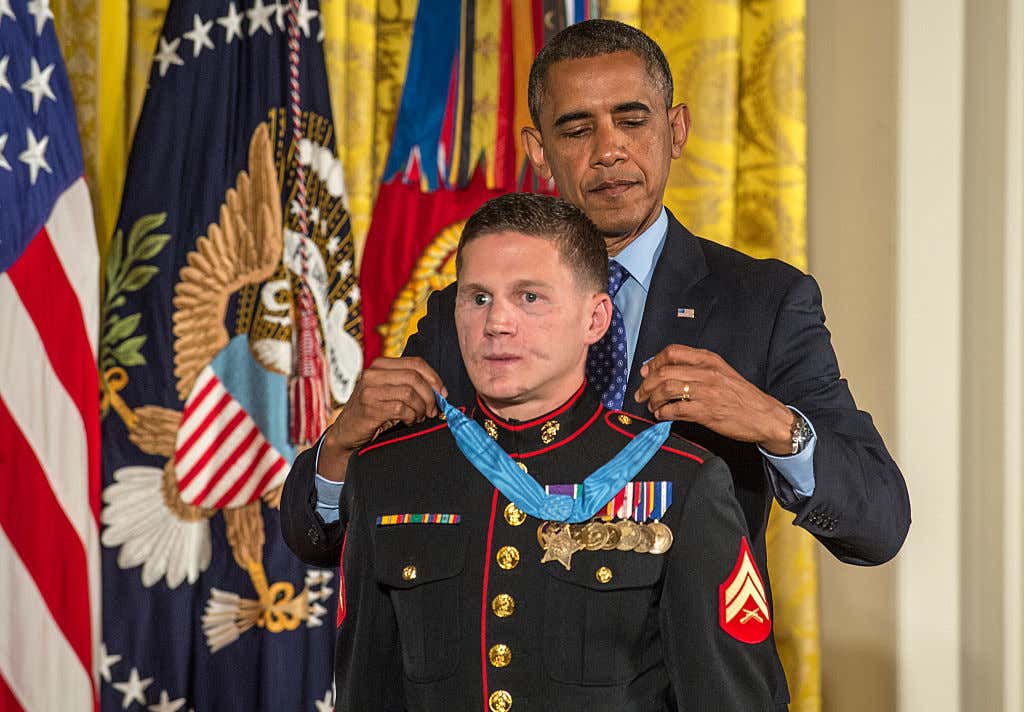 Oh, all right… Here's a tiny bit of cheesecake…

But back to heroes.

This unfortunate news was dropped into my lap by a friend yesterday, so I am posting it here.

"Commander Brian Bourgeois was the commanding officer of SEAL Team 8 and lost his life after a training accident this past weekend."

Just an absolute tragedy… A man who dedicated his life to protecting our country.  And what little time he had to himself, he spent raising a family that includes a beautiful wife and 5 perfect children. 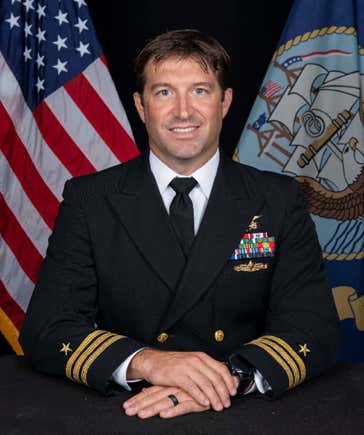 This is the link for the fund that has been set up for Commander Bourgeois' family, and while I don't implore anyone to ever contribute to charities, I would ask you to at least click on the link to learn about another great American.

Moving on… Because I have even more America to get to.

This weekend is the Army/Navy game (Commander Bourgeois played for the Middies, and he is being honored this year) and I will be tailgating with Cons beforehand at MetLife Stadium because it is a stone's throw from where I live and I will get the opportunity to meet yet another great American while I am there… Scott Neil.

I'm on a little bit of a heater with military heroes lately.

Master Sergeant Scott Neil is a retired Special Forces Veteran.  Following the events of 9/11, he conducted numerous successful special operation combat missions as part of the Commander’s In-Extremis Forces, one of the first to lead the Direct Action and Counter-Terrorism charge into Afghanistan, Iraq, and the Horn of Africa.

Neil survived numerous exposures to high explosive events that eventually sent him to recover and continue service at the Headquarters of Special Operations Command in Tampa, FL.

And it was there… In scenic Tampa, Florida… That Scott was one of the men who started a distillery that makes a bourbon honoring a small team of Green Berets that was inserted into northern Afghanistan after 9/11… This small group of soldiers the bourbon is named for successfully overthrew Mazar-i-Sharif, a Taliban stronghold, and they fucking did it on horseback… The movie 12 Strong with the uncomfortably handsome Chris Hemsworth is based on his team's accomplishments. 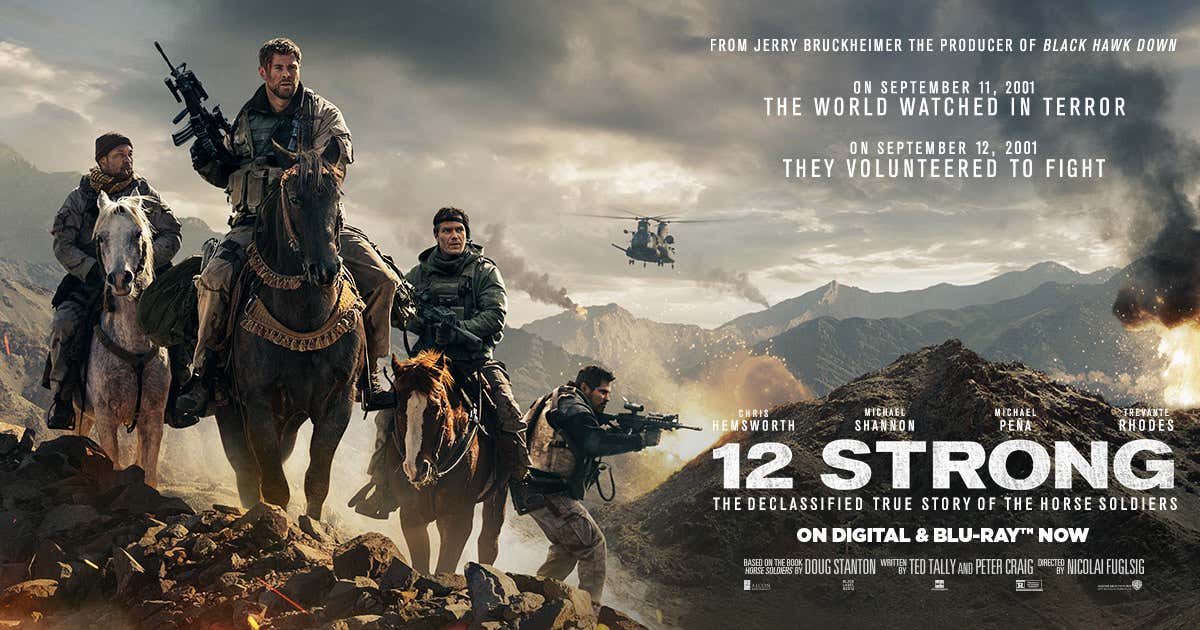 After some exhaustive research, I learned the soldier who Chris Hemsworth played in 12 Strong was actually a gentleman named Mark Nutsch who commanded that horseback unit of Green Berets… Imagine how nice it must be to be Mark? 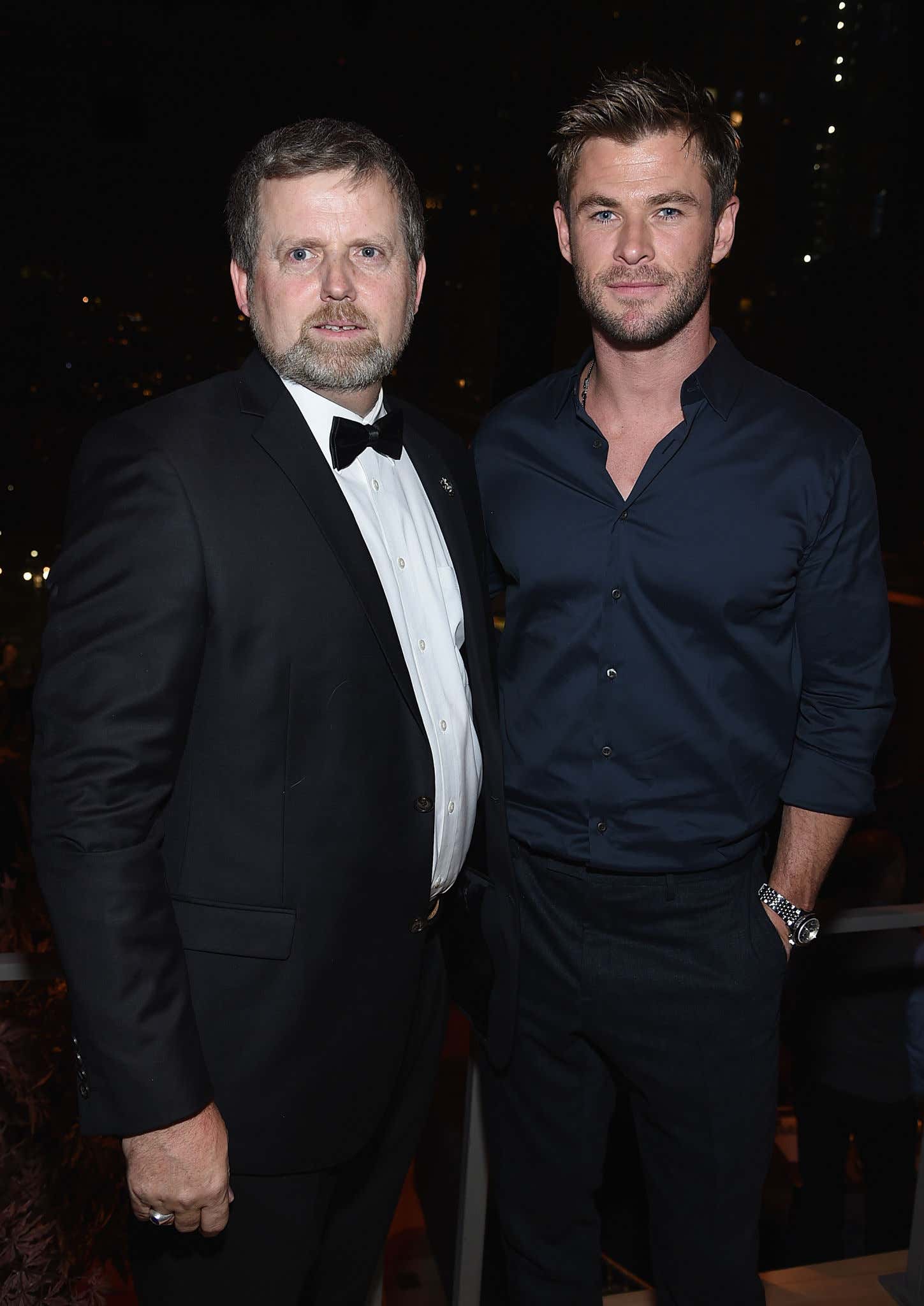 I assume when they make the movie about my life, the character of "Young Large" will be played by someone resembling Vincent D'Onofrio circa Full Metal Jacket…

Meanwhile, an American hero named Mark Nutsch was rightfully played by him…

But back to Scott… Scott now is one of the fellas who run the distillery down in Tampa Bay that produces Horse Soldier Bourbon… So I am going to smoke cigars, drink Horse Soldier Whiskey, and secretly root for Navy while Cons is not looking.

Thank you all for reading.  God bless America.  And take a fucking report.

Apparently, I am not the only one feeling patriotic… However, Dave and Penn Gaming are actually doing something about it other than writing a stupid blog and offering an opportunity for PENN to match sign-ups to the Barstool Sportsbook with donations for a couple of great military charities.

Pres breaks it down here, and it has the potential to raise a LOT of dough…