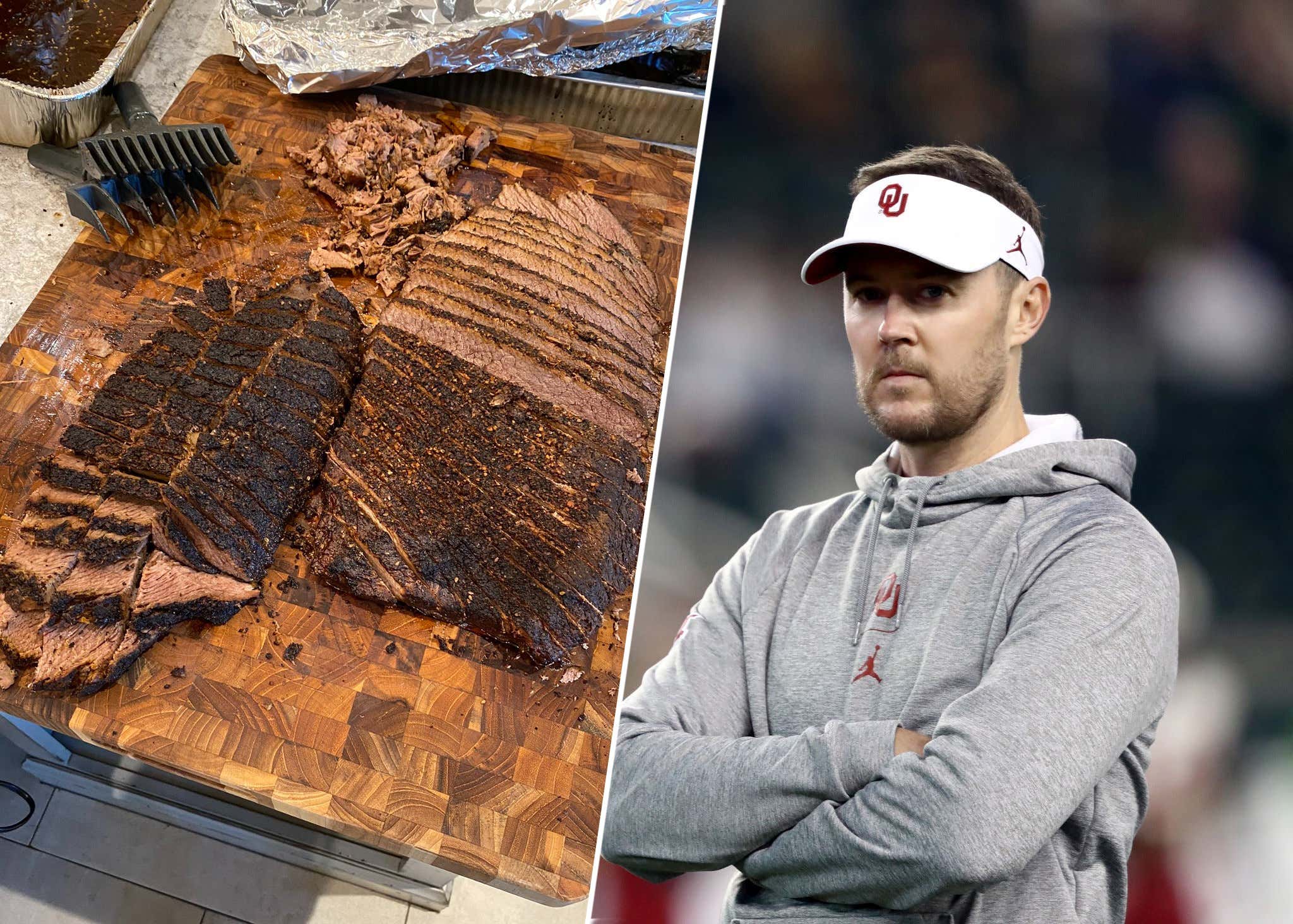 Lincoln Riley took the job at USC and left the players and fans at Oklahoma high and dry. Much like the way he cooks his brisket.

Now when Lincoln Riley served up what looks to be a heaping pile of beef jerky for Easter last year, I was quick to defend him. Why? Well because BBQ Twitter is the worst and I hate how quickly everybody with an anonymous profile picture hiding behind a keyboard starts to shit on anybody else's cooking. Did it look god awful? Oh hell yeah, brother. That poor cow had to die twice. But I figured that Lincoln Riley was trying his best to hone his craft on the smoker. I thought he was one of us. Someone who catches that bug and then becomes obsessed with chasing perfection in the form of fire, smoke and meat.

Turns out that much like everybody in Norman, Oklahoma, I was bamboozled. Lincoln Riley doesn't give a shit about smoking meat. And I can tell due to the fact that he left his smokers behind when he made the move to Southern California. Smokers that weren't even his in the first place.

It turns out the smokers were lent to him by this fella who owns a bbq joint in Tulsa. Smokers that were given to him to land any recruit in the nation that he wanted after smoking up some tomahawk steaks during their recruiting trips.

But when Lincoln Riley got the job at USC, he just left them behind like they were garbage. Clearly didn't even consider paying for the smokers and bringing them along with him. Which makes me sick just thinking about it. Because when you fall in love with smoking meat, you treat that smoker like an extension of your own body. You learn all the ins and outs of your rigs. The hot spots. The sweet spots. How the air flows, what temperature it naturally likes to get dialed in at, etc. etc. You get to know that smoker better than you know members of your own family. And for Lincoln Riley to just leave them in Oklahoma?

Well that tells me that he never loved it in the first place. Which now that dry ass brisket makes a helluva lot more sense. I guess I'd want to leave those smokers behind, too, if every time I fired them up I was eating leather 12 hours later. So maybe there's a lesson to be learned here. Just because you love to eat BBQ doesn't mean you can cook it. You have to love to cook it just as much, if not more, than you love to eat it. Lincoln Riley clearly didn't, and that's why his brisket sucked. Call me crazy but Oklahoma should feel lucky they dodged a bullet and lost him to USC.

P.S. - The smokers were safely returned to their rightful owner.