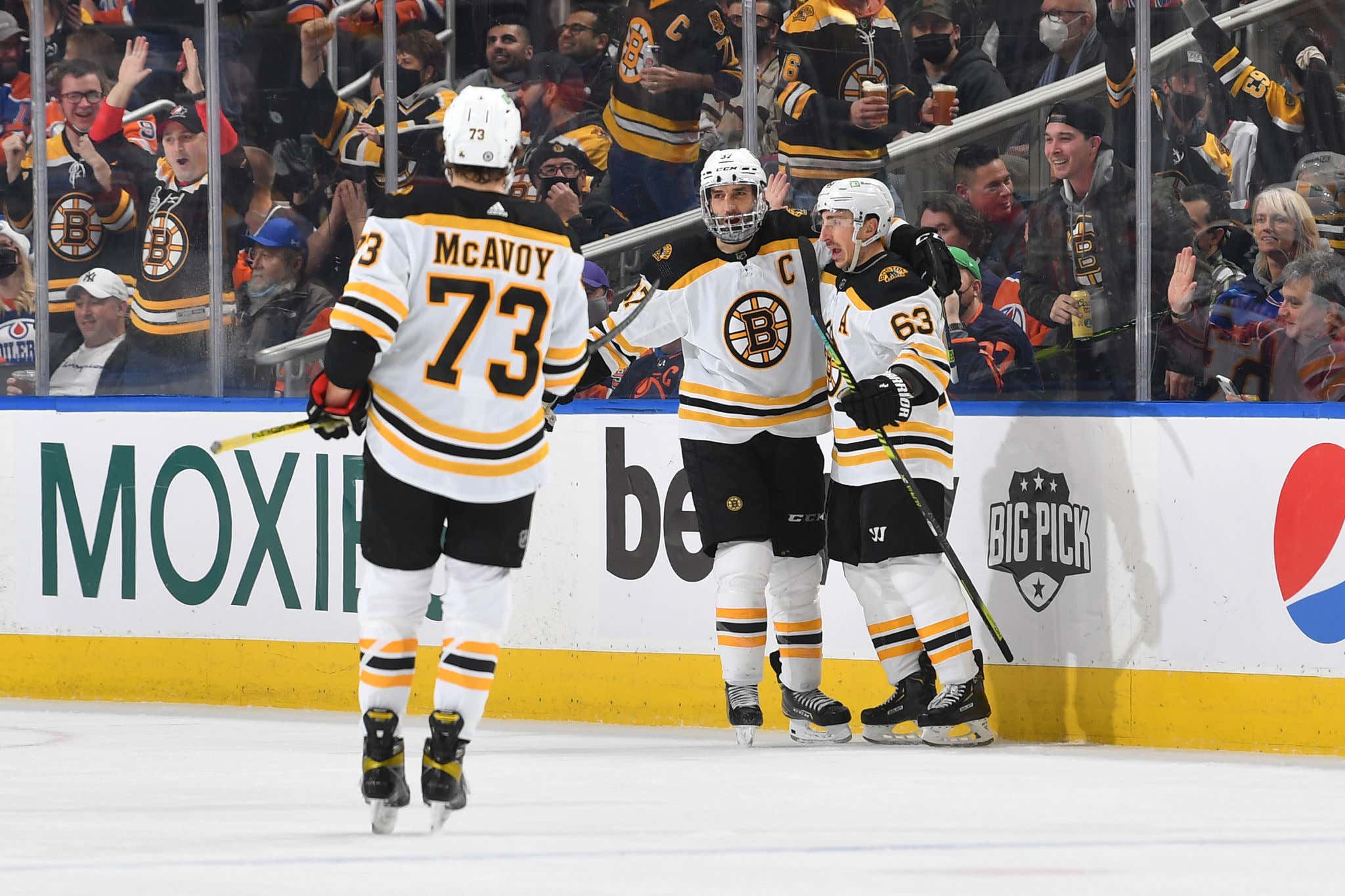 After 2 straight OT/SO losses, the B's bounced back and picked up a big win against the Edmonton Oilers on Thursday night. LET'S GET INTO IT.

Brad Marchand opened the scoring with Nick Foligno in the box for roughing, 1-0 Bruins.

With Leon Draisaitl in the box, Jake DeBrusk buried a nice pass from Taylor Hall to make it 2-0 Bruins.

1:46 left in the 2nd and Leon Draisaitl buried a PPG to cut the Bruins' lead in half. Erik Haula was in the box for holding.

It was once again Leon Draisaitl who buried a PPG to tie the game. Charlie Coyle was in the box for "holding", pretty soft call. 2-2.

- Brandon Carlo was OUT tonight, day to day with a lower body injury. John Moore (recalled from PROV) took his place. Anton Blidh and Karson Kuhlman returned to the lineup, Oskar Steen and Curtis Lazar out.

- Nice goal for Jake DeBrusk in his hometown. Trade value rising!!! I wonder with Marchand back and B's starting to get healthy if they'll find a trade partner sooner rather than later.

- Another night of iffy officiating to say the least. B's were a beneficiary of a couple bad calls on the Oilers, but in the 3rd it about evened out.

- Leon Draisaitl fucking loves scoring goals against the Bruins. Feels like he scores every single time against the B's. Incredible player.

- No better time for your 1st goal of the year than the game winner against Edmonton. Shout out to Gryz. That must've felt good for him.

- Linus Ullmark got the start in net. New pads and all. Thought he looked really good. Finished the night with 41 saves. Starting to put together some really good starts (3-1-0 in last 4GP). I'm sure we'll see Swayman vs. the Flames but a great game by Ullmark. Definitely his best in a Bruins uniform.

I will say, taking 3 out of a possible 4 points so far on this western road trip is great considering the B's can be MUCH better. Back at it on Saturday night when they head to Calgary. Should be a great game.