I love these guys. I've blogged about them before actually:

They simply won't let one thing slide with Barcelona. You lose in the Champions League to Bayern, well guess what? You better not watch Netflix on the way home. Nope. You better be hitting the game film right away and figure out everything you did wrong. There's no time for a Netflix show on the way home. Unacceptable. Frankly, that's the type of talk we need in the world. Can't be satisfied just playing for Barcelona. They expect to win.

My favorite part though? 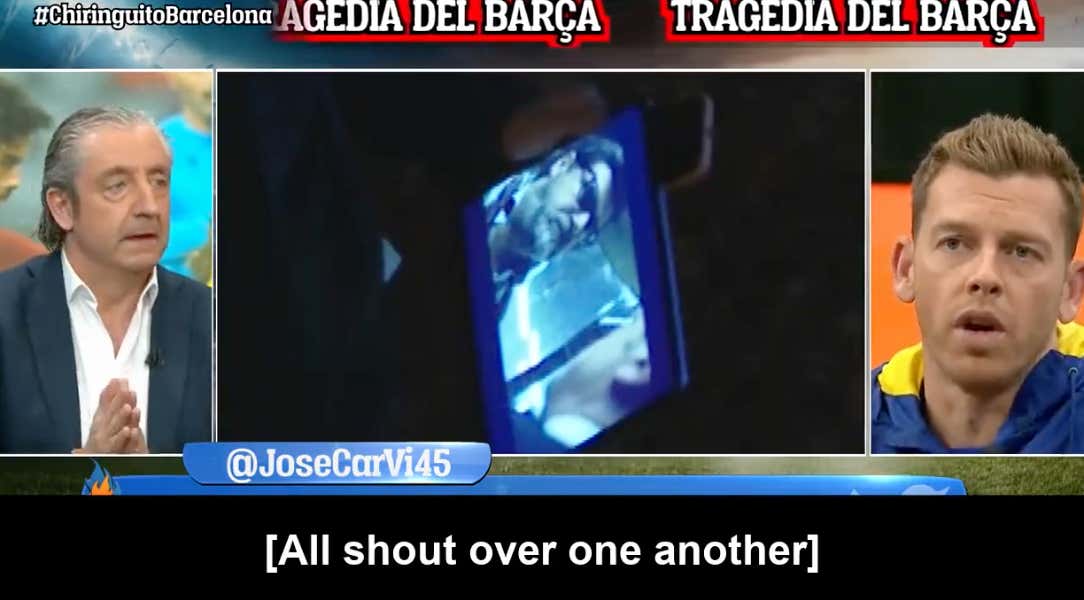 All shouting over each other to get a point across? Can't imagine that. What sort of media company would do such a thing? Not one I know.

I gotta give them this though, they have passion. You're supposed to cheer for a team! The whole point of being a fan is being irrational when you lose. You need to have some sort of anger and in this case it was over a Netflix show. Does it make sense? Absolutely not. But that's the beauty of sports. Nothing is supposed to make sense. Teams lose when they aren't supposed to. Teams face financial issues when they are the elite of the elite.

Don't you dare get caught watching a show after a loss around these guys. They make Stephen A. look rational. They make Skip look like he's making sense. Just a beautiful reaction to something people wouldn't even think about.