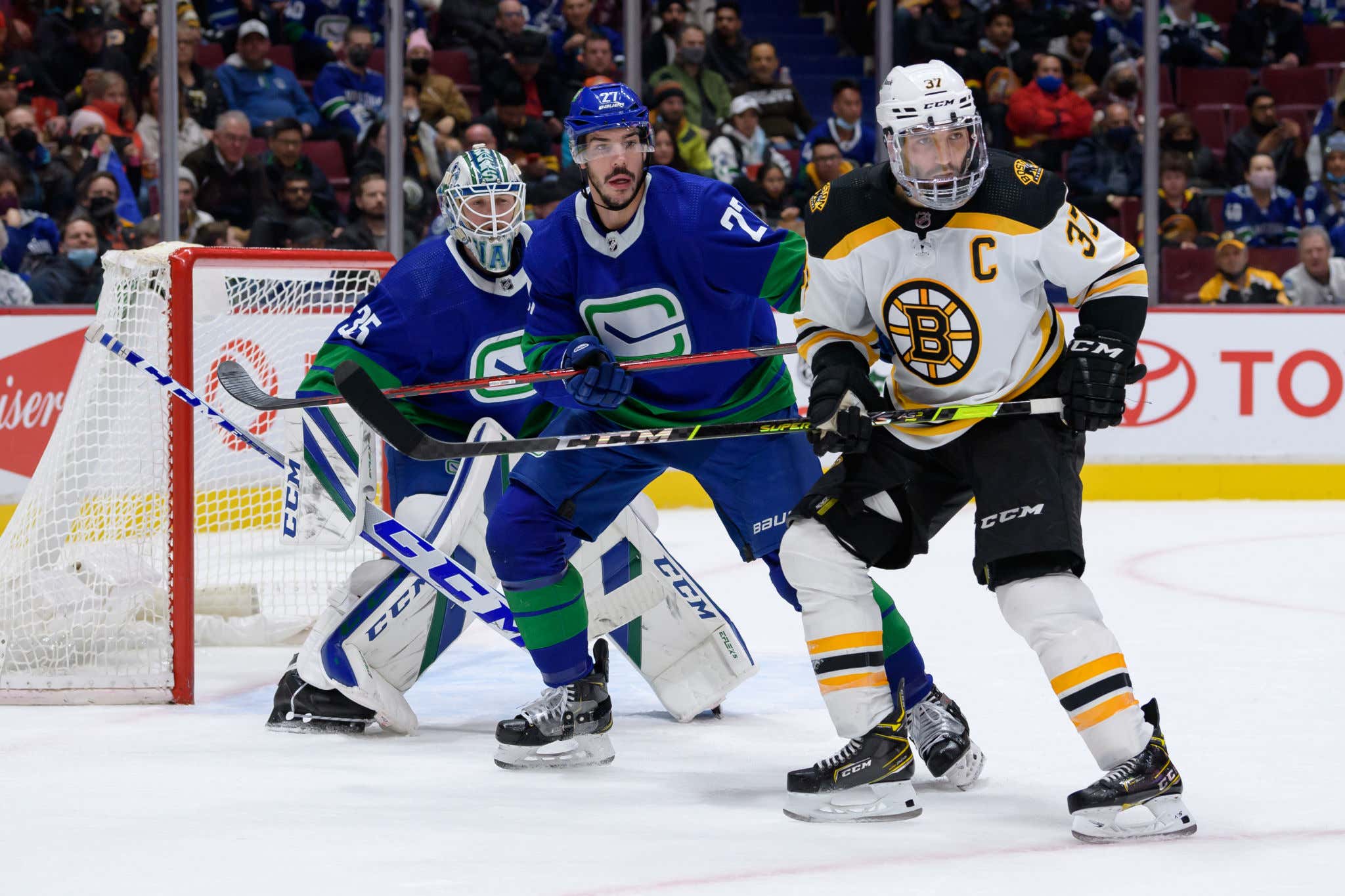 The Bruins kicked off their western road trip with a SO loss to the Vancouver Canucks on Tuesday night.

Erik Haula was in all alone and scored but Vancouver successfully challenged for offsides.

With 4:59 left in the 2nd the Canucks opened the scoring on the PP (Brad Marchand in the box for interference). 1-0 Vancouver.

Couple of great saves by Jeremy Swayman, but it was onto the shootout.

Bo Horvat won it for the Canucks in the 3rd round of the SO. Pastrnak and Coyle both failed to score.

- Tomas Nosek did not make the trip (non covid-illness), Oskar Steen joined the trip and skated in his place. Charlie McAvoy returned to the lineup after a one game absence (illness), same with Brad Marchand after serving his 3 game sussy.

- Patrice Bergeron rocked the fishbowl after suffering a broken nose vs. NSH. Picked up his 9th of the year on the PP to tie the game in the 3rd. Nice little redirect. Power of the fishbowl.

- Some pretty soft calls in Vancouver tonight. Don't think any of the early penalties that called tonight were really necessary. Especially the Marchand interference… AND the Foligno "unsportsmanlike conduct" for just grabbing a guy to talk. Insane.

- Extreeeeemely quiet night for the 2nd line. Entire line had no shots through 2 periods. Sucks because Hall played well with Bergeron and Pastrnak. At the very least flip Smith and Pastrnak and give this 2nd line some more juice going forward.. To start the 3rd Joe Sacco kicked Hall down to play with Frederic and Foligno and Haula moved up to play with Coyle and Smith.

- I've said it before and I'll say it again, man this team misses David Krejci.

- Still searching for that secondary scoring.

- Felt like the Canucks had a ton of odd man rushes early on in the game. Thought Jeremy Swayman played really well, especially to keep them in it when they were down 1. He absolutely deserved better. Finished the night with 31 saves. He was great.

I know B's have been dealing with some illnesses throughout the team but just a tough loss. Right back at it tomorrow night in Edmonton. Can't repeat tonight's performance if they want to get back in the win column. Gotta be better. Buckle up.