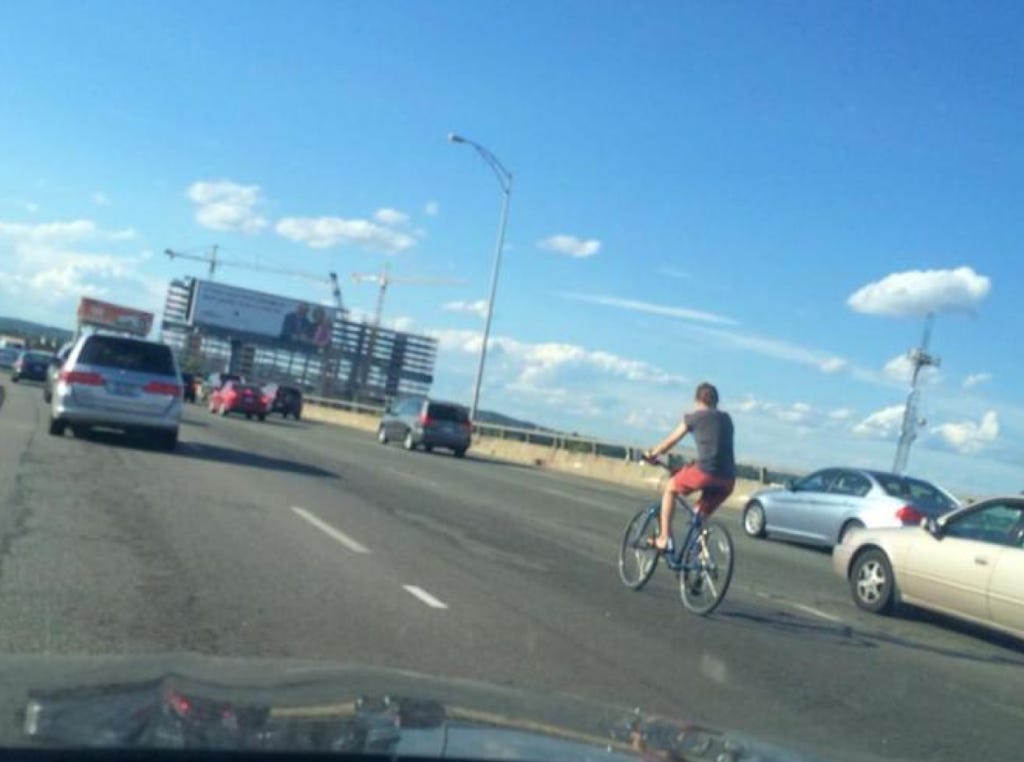 (Source) — A man on a bicycle was spotted in the middle of one of Boston’s busiest interstates during rush hour Wednesday evening. He wore shorts, flip-flops, and headphones, but decided against a helmet. “Everyone was keeping a pretty good distance,” Melanie Toomey, a commuter who spotted the man on her way home from work around 5:30 p.m., told Boston.com. The biker seemed calm, Toomey said. He merged from Storrow Drive onto I-93 North before crossing over the lanes with ease in the end-of-day traffic while drivers tried to give him some space.

Example number 10,043,348 that people who ride bicycles are the worst people in the entire world. Really, I wish my parents never taught me. I’d sacrifice all the kisses I used to get giving girls rides to McDonalds on my pegs if it meant I had absolutely nothing in common with the world of bike riding. Whether it be the whiners on Mass Ave who claim they have just as much a right to the road as my car does (no you do not), the assholes who wear their leotards on their Saturday morning rides, or this dickhead in his flipflops on the fucking highway when people are just trying to get home from work, they’re all just the worst. Nothing makes a person feel more self-important than riding a bicycle and I’m sick of it. You want to ride a bike? Move out of the city or go to some bike trail. But if you’re in my way while I’m trying to get to or from work then I’m running you over, I don’t care if you’re keeping in shape or saving the environment, you’re dead.