Saudi Arabia's popular King Abdulaziz Camel Festival, which kicked off earlier this month, invites the breeders of the most beautiful camels to compete for some $66 million in prize money. Botox injections, face lifts and other cosmetic alterations to make the camels more attractive are strictly prohibited. Jurors decide the winner based on the shape of the camels' heads, necks, humps, dress and postures.

I am so glad Saudi Arabia has decided to maintain their integrity for its camel judging competition. You can always judge a country on its integrity through its livestock judging competitions, these usually translate to integrity in their human rights and foreign policy. Apparently, camels are getting all sorts of alterations such as steroids to look more expensive. Festival standard Camel breeding is a pretty lucrative business, average winning camels can go for $5-$10m but camels have gone for 30 million dollars. Comparatively an average horse in America goes for $3,000 and an average camel in the U.S can go for about $10k. The festival sounds pretty cool, there's camel racing, camel milk tastings, camel hair goods, and a planetarium representing how the Saudis rode camels across the desert using stars to show them the way. 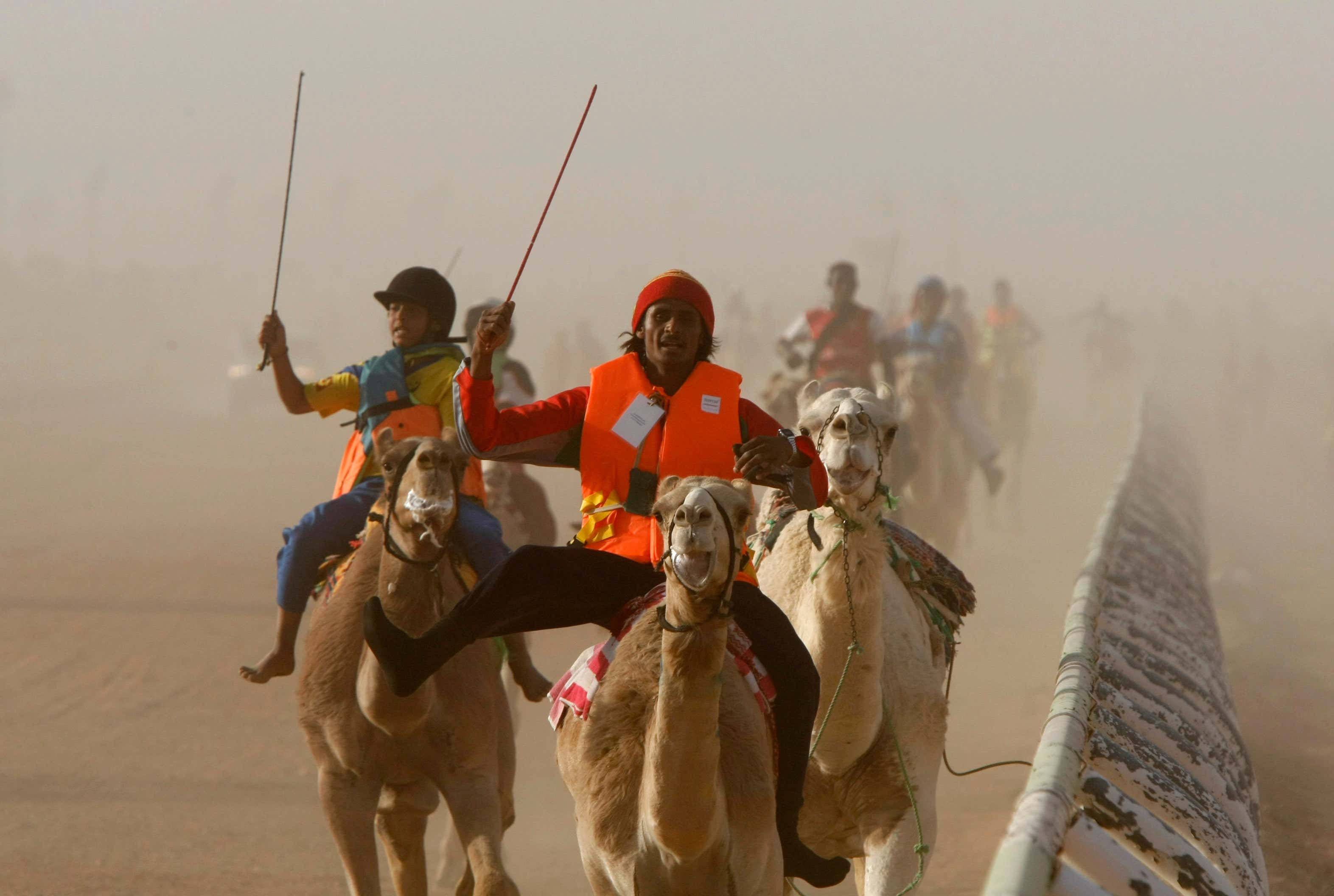 The festival used to be more relaxed in regulation, but the new handbook they released that stipulated

"'Camels that are found with drugs in the lips, shaved, dyed in any parts of the body, or with changes from natural form are not allowed,'"

Like horse racing, turns out a ton of camels were getting shot up with steroids as well.

This new handbook caused 12 entrants to be disqualified. Apparently, the Botox is usually used in the Camel's lips, as voluptuous Angelina Jolie lips are desired on camels.

Smh, don’t even know if those camel lips are real anymore.

Find a camel that can make you as happy as that man.