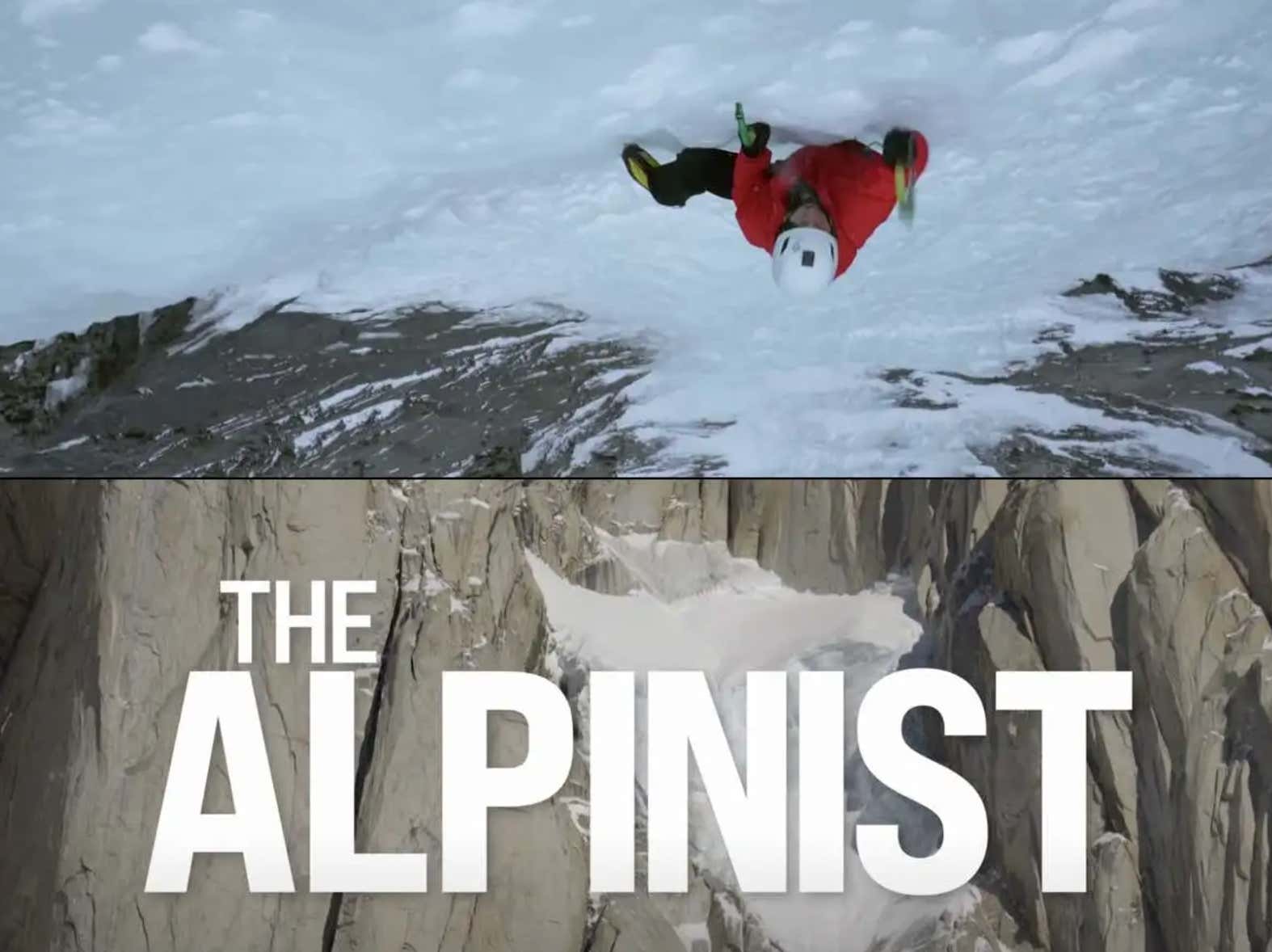 Every year since 2016 I have passed out the honorable Barstool Nate's Annual Documentary Of The Year Award to the most deserving documentary released/that I saw that year (minus 2019 and 2020). Previous winners include Meru

Yes, there is a common theme here- climbing docs. I love climbing docs. (For those wondering, I have seen The Dawn Wall as well, just didn't love it, for whatever reason. The theater I saw it in was quite warm, so maybe I need to give it another chance). And this year there is a new climbing doc to add to the list, and it's just as good as the others- The Alpinist.

The Alpinist is about a climber named Marc-André Leclerc who at 23 years old was doing some of the hardest, most impossible climbs, by himself, without ropes. Not just that though, he did it while doing his best to remain completely unknown. He didn't climb for the spotlight or the glory, but for the love of the mountains. Marc- André will remind you a lot of Alex Honnold- a kid with climbing in his blood, no fear at all, and slightly uncomfortable in the spotlight. Just wants to climb the hardest walls and push himself and the sport to the limit.

I cannot recommend this documentary enough. If you think this blog is on the vague side, that's by design because I don't want to say too much- there's a reason it won the BNADOTYA, and I want everyone reading this to pull up Netflix and watch it for yourself. It'll move you, it'll terrify you, and it'll touch you to the core. It once again made me question why I live in NYC instead of seeing the world. So yeah, it'll depress you too if you're like me and wonder if you're wasting your life. More on that another day though. Tonight or this weekend watch The Alpinist and let me know what you think. Namaste.

PS: I need to travel more. I hate it here. I feel like I'm wasting my life. I haven't seen anything. What's the point of life if you're not living it?