Do me a favor. Before you jump down my throat for this blazing hot take, telling me to stick to spinning fire flames beats in the club. Watch that video above from the scenes in the Detroit Lions locker room following their dramatic win this past Sunday.

Then ask yourself, if that resembles a leader of men, whose players courageously go to battle for them, week in and week out.

And now hear me out.

Sure, leadership is an important attribute when it comes to a football coach, at the college or pro level. If you don't respect somebody, you're not going to listen to them. Period. You're not going to put your body on the line for them 100% every play, you're not going to play with that fire. I don't care how good of a self-motivator you are, it's human nature, and part of the wiring of our subconscious that you just can't get up for a cause if the person or people leading the battle cry are frauds.

And make no mistake, that is exactly what Matt Nagy is.

He came in to Chicago on his high horse being hailed as, and relishing, the title of, "Offensive Genius".

It became apparent, very quickly, to everybody, that the offensive guru(s) were Andy Reid, Brad Childress, and especially Alex Smith. (Sidebar- always been an Alex Smith fan for the way he handled himself with such class amid all his bad breaks, and his toughness, but after watching him this season on ESPN's Monday Night telecasts I'm even more impressed. Guy is one of the better football minds I've heard speak in a long time. I think he'd make an awesome coach some day).

For arguments sake, and to be fair, let's take a look at the Bears' "most successful" season under Nagy and use that as a baseline. 2018. The year of the infamous season ending, Cody Parkey missed field goal at home, wildcard loss to the Eagles.

Nagy was not just HC, but also insisted on calling the offense. And under his guidance, the Bears offense over their final five games went off a freaking cliff heading into that wildcard game.

From Week 14 on, not counting scoring off turnovers from opposing offenses, the Bears’ offense averaged just 18 points-per-game.

From a fan perspective, there was perhaps never a more infuriating season to watch the Bears offense. Their offense was good enough to move the ball down the field but would all too often stall out when Nagy would get too cute with his play-calling. And at other times it would be the opposite. When the Bears needed to keep their foot on the gas pedal offensively, they often put on the brakes, dumping screen pass after screen pass, or running dive play after dive play killing drives knowing that their defense would shoulder the load.

Over the entire 2018 campaign, the Bears finished the season averaging 26.3 points-per-game. That’s good enough to be ranked as the ninth best in the league. But that's deceiving because that moderate "success" was a direct reflection of having an epic defense.

That offense benefitted points-wise IMMENSELY from field position via takeaways, and the opposition punting from deep in their own zone.

As we've seen the past few seasons with the defense riddled with injuries, and on the decline in general, the offense has only suffered and been exposed even more.

Back to 2018, the Bears’ total yards produced on offense ranked 21st in the NFL. And that’s with that stellar defense that gave the offense more possessions than their opponents. Perfect example- The Bears ranked 3rd in the entire NFL in average time of possession (31:49 minutes per game).

So yes, Matt Nagy is a fraud.

Sticking to the MLA Handbook script, let's get back to the point of this blog: Dan Campbell. 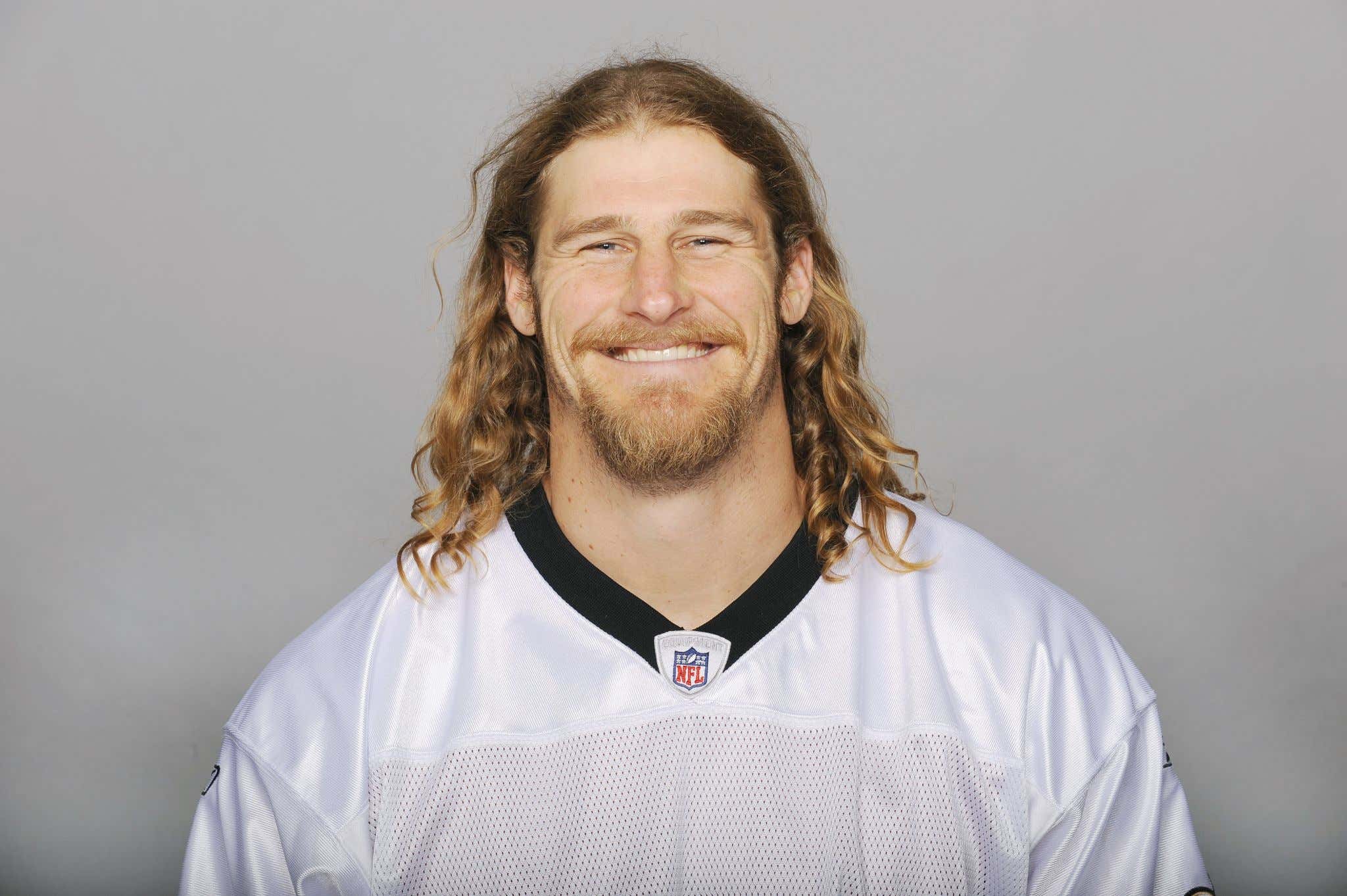 Laugh if you want. But it's a stone-cold fact that Dan Campbell is a good football coach.

And no, not just because his players gifted him the game ball in a raucous and emotional locker room celebration after clinching their first victory in their 12th game this season.

And no, not because he's a fucking class act that then turned around and awarded the game ball to the community of Oxford, Michigan in his post-game presser.

From a strictly football strategy, preparation, and execution standpoint Dan Campbell is a good football coach.

I'll tell you why.

One of my favorite quotes in general, but definitely for football is from the great Vince Lombardi-

Yes, Detroit has the worst record in the league.

But you might be surprised to know they aren't even close to being last in any statistical category in the league.

AND, they're the unluckiest team in the league this year.

There's actually a luck rating system, which is determined by several factors- wrongful penalties (ones that should have been called against the opposing team), strength of schedule, bad snaps, special teams mishaps, and shit like Justin Tucker burying a record-setting 66-yard field goal as time expired.

So far this season the Lions (-1.7 luck rating) have been affected by luck more than any other team in the league aside from the Green Bay Packers (+2.2 luck rating). Shocker.

The Lions have also put up decent fights against some of the best teams in the league. Coming up 9 short to the Rams in a game where the Lions led going into the 4th, and losing by just 2 points to both the Ravens and Vikings on last-second game-winning field goals.

In his first game as HC, week 1, the Lions rallied back from a 38-10 second-half deficit to trail by eight points in the last minute. After forcing a huge turnover, they had a chance to drive down the field and force overtime. But they came up short just outside the red zone and lost to San Francisco 41-33.

Then in week 5, Campbell went for the win against the Vikings, calling a go-ahead two-point conversion with 37 seconds left in regulation instead of playing for the tie. Goff connected with wide receiver KhaDarel Hodge to give Detroit a 17-16 lead.

And then the Vikings managed to go 46 yards in 34 seconds and win the game on a 54-yard field goal as time expired.

Fun fact - The Lions became just the 2nd team ever to convert a go-ahead 2 point conversion in the final minute and lose, as well as the first-ever to lose on two 50-plus-yard field goals as time expired in the same season.

Week 7 Campbell was all the rage for having gigantic fuckin balls by calling two fake punts and a surprise onside kick against the Rams. Basically going all in. And hitting on the river essentially because the Lions succeeded on all three.

Week 10 against the Steelers the Lions should have won but ended up tieing.

The following week, Detroit lost to Cleveland 13-10. They almost beat the Browns even though they had to start QB Tim Boyle who was one of the worst quarterbacks to ever suit up in an NFL game. (Talking 15 of 23 passes for 77 yards bad).

His guys play hard to the last whistle. Every game.

Which is a testament to just how great a motivator Dan Campbell is.

Despite being winless, and suffering some excruciating losses, his team is still going out there and playing their dicks off week after week. Do you know how demoralizing and hard it must be as a player to go out there and play when you're 0-10-1? Yet Campbell's Lions continue to buy in and show up.

Something you definitely can't say for Matt Nagy's squad who looks like they gave up weeks ago.

And can you blame them? How could you not want to play for a maniac who discussed biting knee caps in his introductory press conference?

The Lions roster on paper is by no means on the same level as the Rams. They're not even on the same level as the Bears. The Bears have some studs and potential pro bowlers, especially on the defensive side of the ball. In a real offensive system, they could be getting a ton more out of guys like Robinson and Mooney. With a real offensive line David Montgomery might be one of the best backs in the league.

The Lions offense is rough. Not a huge Jared Goff fan by any means but you can't help but feel for the guy. The one and only real "threat" Tyrell Williams is on IR. Which means his next best options are the terrifying Kalif Raymond and Amon-Ra St. Brown. Neither of which can create any separation on the outside. That has left Goff to rely upon tight end TJ Hockenson and halfback D’Andre Swift (before he went down to injury a few weeks ago).

But Dan Campbell never makes excuses. He has owned each loss in his press conferences and never thrown his guys under the bus.

Something that can't be said for the shit head Matt Patricia who coached the Lions last year and lost his team before they even played a single game for him.

Or this fucking clown Matt Nagy.

You've never seen anybody (besides Peyton Manning) that loves to deflect blame more in your life.

Every week he's pointing out, publicly, who didn't step up, who fucked up, or who wasn't prepared. He has never once acknowledged the fact that as the leader of the team, it's his job to put his guys in a position to succeed. The difference between Bill Belichick and everybody else isn't just that he's a genius, literally, or that his players also all buy in 100% and would take bullets for him, it's that nobody in the world, outside of a General in the U.S. military, does a better job at putting his men in better positions to succeed. They're the most prepared. Most organized. They can react instinctively, without thinking, because they are drilled over and over and over on fundamentals. He amplifies his guys' strengths, and disguises their weaknesses.

I'm not saying Dan Campbell is on this level, but I am saying without a shred of a doubt Matt Nagy definitely is not. In fact he's the total opposite.

If you put Dan Campbell on the Bears sidelines, not necessarily this season, because I feel he burned the souls of guys like Khalil Mack out the last two years, but before Matt Nagy came into the picture, this Bears team is in a far better place. But fuck it, if you put him in charge of this Bears squad, with the horrible division they're in, even with the 4th strongest schedule in the league, I think he leads them to a wildcard playoff. In this year's NFC it's a very realistic possibility that 9-8 or even 8-9 makes the postseason.

Just off of sheer talent on the roster, and motivation this team is a .500 club. If you actually had a competent play-caller, and not some ego-maniac who'd rather cut off his nose to spite his face like Nagy, who INSISTS on running the abortion that is the Bears' offense, that's good for another couple wins.

I realize its hard for average joes who work their fingers to the bone 40+ hours a week to feel bad for grown men who make millions to play a kids game, but you gotta feel somewhat bad for Bears players wasting away years of their careers right now.

p.s. - and don't forget that shit rolls uphill. It's not Matt Nagy's fault he's in so far over his head in this position. Ryan Pace, a disaster of a GM is to blame for that. A guy who could only have kept his job, able to torment Bears fans as long as he has, because the only people worse than him at their "job" are George McCaskey and Ted Phillips.