COMPLEX - When accepting his “Hitmaker of Tomorrow” award at Variety’s Hitmakers Brunch on Saturday, Jack Harlow credited reading books like Harry Potter when he was in school for making him the writer he is today.

As reported by Variety, the “Already Best Friends” rapper started his acceptance speech off by saying that when he was in second grade his school had a competitive reading program that awarded points to students who could prove via various quizzes that they had read challenging books.

Harlow added that at an end of the year assembly, the school staff announced the top three students who had accrued the most points for reading. Harlow ended up coming in first place.

HARRY POTTER STAYS ON OUR LIPS! Jack Harlow is so cool! WELCOME TO THE CLUB! I didn't mean to become The Harry Potter Blogger^TM but with this year being the 20th anniversary of Sorcerer's Stone, he's relevant as fuck. Jack, upon winning the Hitmaker of Tomorrow award at the Variety Hitmaker's brunch, tells us he was a bit of a bookworm nerd, wanted to be the best at something in school, so he decided to read nonstop. Turns out he blew the other kids out of the water, all because he stacked up all of those Harry Potter pages. I remember they did this in my grade school growing up, and I know I read THOUSANDS of pages, and still somehow lost. To be fair, all of the HP books weren't out yet when I was in 2nd grade (Jack is only 23, damn) so I definitely didn't have as many pages as Jack, but I remember being SO FUCKING ANGRY when a few of my other "bookworm" friends were acknowledged for reading so much, and I didn't make the cut. How much could they have POSSIBLY READ? Whatever. I'm over it.

Big shouts to Jack for perpetuating how cool Harry Potter is. Not even kidding, does anyone even try to talk shit about HP anymore? Even PETE DAVIDSON is on board, being a "special guest" questioner on the Hogwarts Tournament of Houses going on right now: 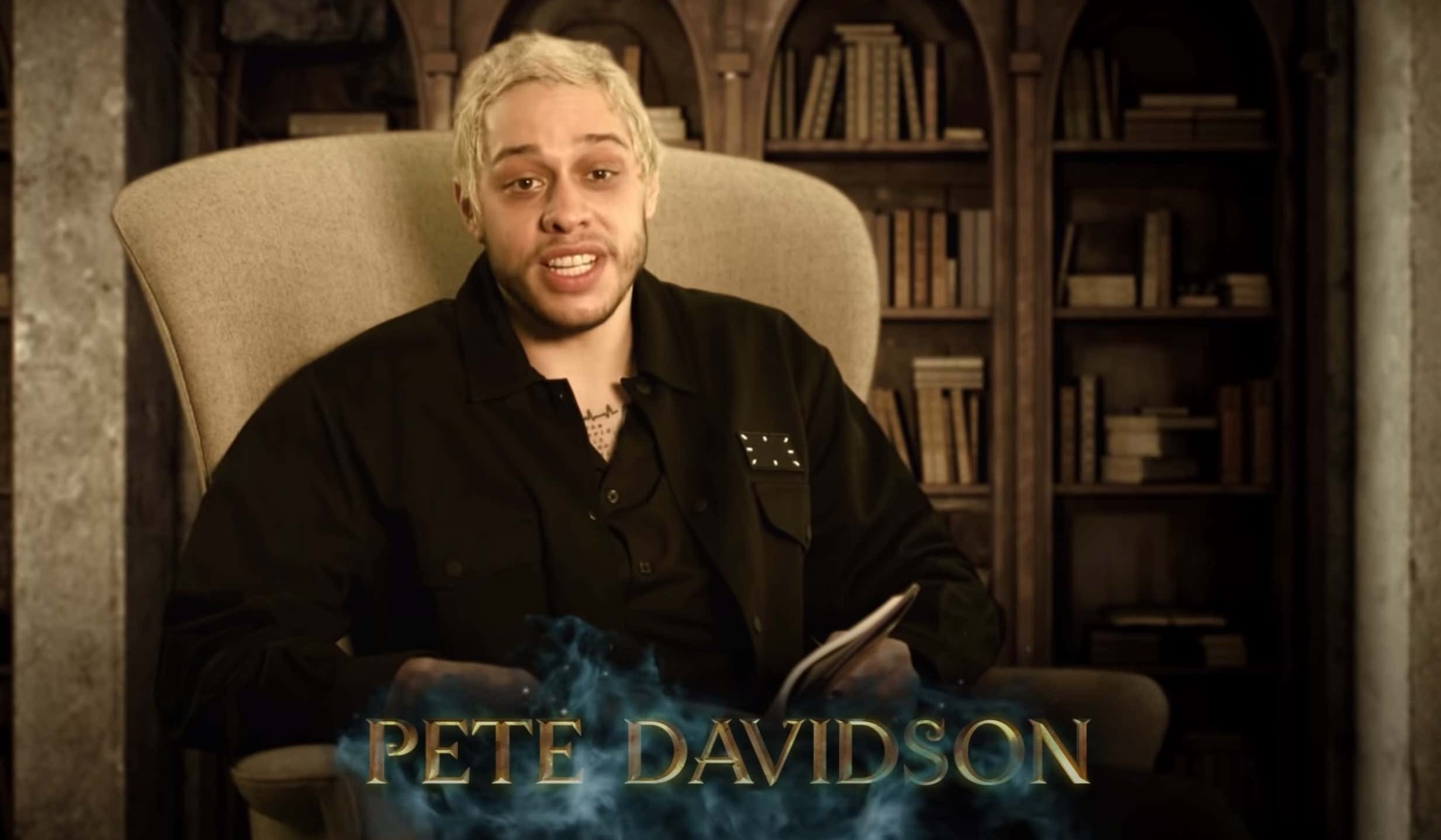 Truly, I think I'm at the point where, if you don't like Harry Potter, I don't trust you? You're a boring, block headed loser with no imagination. I'm fully addicted to it again - I've been listening to the audiobooks of it nonstop, I've almost made it through the whole series again. And you know what? I think when I do finish, I'm going to start all over again. I might not read another book in my life, unless its Harry Potter.