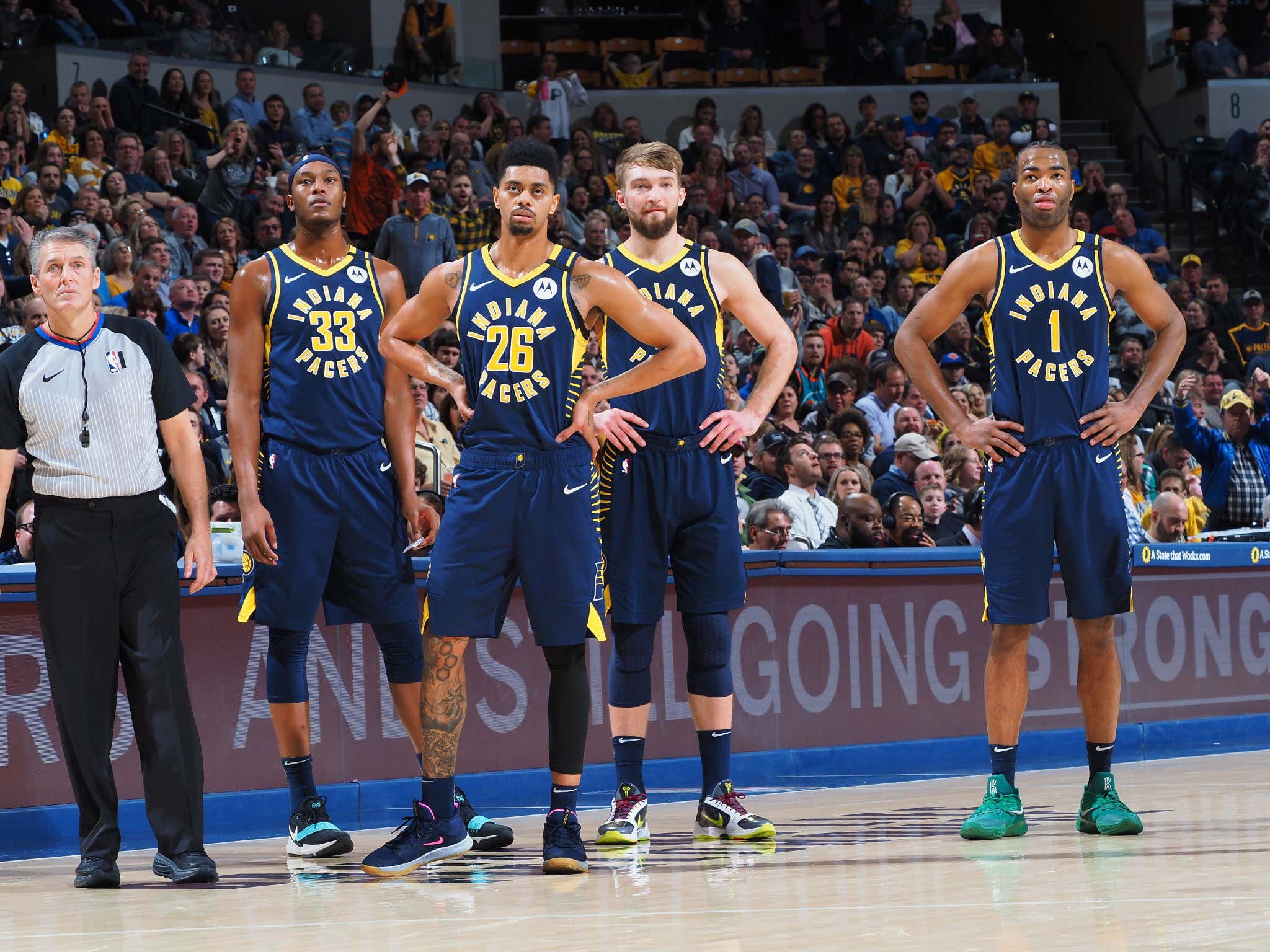 I think it's important to start this blog off with the important tidbit that this isn't really the Pacers fault. That might sound weird, but it's honestly the truth. They're 10-16 and 3.5 games out of the 10 seed, so the news that they want to blow things up and start over isn't really surprising. At the same time, they've been one of the most injury bitten teams in recent years. They simply cannot catch a break. That's obviously going to impact their record. TJ Warren looked incredible in the bubble and we basically haven't seen him since. Caris LeVert came over and had injury issues,  McConnell is hurt, and when you add it all up there's no denying that they've had some absolute shit injury luck these last few years.

It's not like their roster is made up of trash either. Sabonis is an All Star big that makes just 18M. Myles Turner is a serviceable big even if he might be a little expensive. Jeremy Lamb is shooting close to 40% from three. Malcolm Brogdon is a good starting point guard, even with his injury concerns. It will all come down to their asking prices on those players, but I imagine teams will be interested. We've had about 3 different years of Myles Turner being available, yet he's remained on the Pacers. This is sort of what the Pacers as an organization love to do. They love announcing that their players are available, but then never end up trading anyone because the opposing GM was "too selfish". Or maybe that was just a Danny Ainge thing because everyone loves slandering Danny Ainge. Either way, teams will call because there is legit talent on this roster.

Naturally, I care about this from a Celtics perspective. Almost immediately after seeing that Shams bomb I started seeing names like Sabonis/LeVert/Turner be floated around Celts Twitter. To me, this isn't the way to look at the situation. When it comes to the trade deadline, if we see Brad add to this roster, I really doubt we'll see him trade major pieces. Why would you do that before you even get to the summer when something bigger could be had. That feels like bad asset management. I suppose it all depends on the player, but no one on the Pacers is worth that to me. This does NOT mean that Brad wouldn't have options. Remember, there are 3 different TPEs he has at his disposal to use this trade deadline and some intriguing players on that Pacers roster that fit.

For starters, none of the group of Brogdon/LeVert/Turner/Sabonis fit into any of those TPEs. That means you're going to need to match money with actual contracts. I really can't see that happening in the middle of the year barring something crazy. Celts fans aren't going to want to pay what the Pacers are going to ask for those players. So if you want to talk about trading with this team, be more realistic. I look at their roster, think of the Celts needs, and come to three guys I would call on if I'm Brad.

If you remember, I had Lamb on my potential shooter additions at the deadline a few weeks back. It makes sense that the Pacers would take calls on Lamb, he's an expiring deal who is about to hit UFA this summer and they already drafted his replacement. His role has really been diminished and he's shooting 39.7% from three. For a roster that needs shooting depth, he makes sense. The downside there is he takes up the majority of the Fournier TPE and you're once again spending one of those on a player who could leave for nothing at the end of the year. But from a skillset standpoint, if Brad is looking to get shooting without giving up a whole lot, Lamb could be an option now that the Pacers are smashing the rebuild button.

Everything I just said about Lamb is true for Warren. He's an expiring $12M, and when he was healthy he looked like he was really blossoming as a player. The risk there is obviously his foot injury and last time I checked the Celts haven't had the best luck with that stuff recently, but from an available talent perspective maybe there is a buy low opportunity here. I don't think people remember that he's a career 50.7% shooter from the floor. He's only 28 and the roster as constructed can afford to wait until he's back. If you add a healthy TJ Warren to this team that needs as many efficient scorers as they can get and you can fit him into a TPE, that makes sense to me.

If the Pacers want to go young, I imagine a 32 year old Justin Holiday would probably be available. He's someone who fits into all three of the Celts TPEs and could be a player that Brad buys low on. He's regressed a little bit to shoot under 40% from the floor, but he does shoot 35.7% from three this year after being a 38% shooter last year and a 40% shooter the year before. He also has experience starting and coming off the bench. The hope would be there's still something left in the tank defensively, but let me ask you this. If you had to give someone a roster spot, would you rather have Juancho at $7M or Holiday at $6M? I think I know your answer. What makes Holiday an intriguing option is that he is also under contract next year for a guaranteed $6.2M. This means that if you get to the summer and need salary filler in a larger deal, you have his $6M to add to the pot.

It sucks for Pacers fans because blowing stuff up and starting a rebuild as a small market franchise isn't for the faint of heart. It's not like they are sitting at the top of any potential free agent's destination. Gordon Hayward was their best chance because he wanted to go there, but the Pacers GM wouldn't pay the price, and now he's going to have to trade all those same pieces anyway. That's unfortunate. On the plus side, Chris Duarte looks like he's for real so he's a nice piece to have moving forward, but you never want to see your team is down to blow things up before we even get to Christmas.

As we inch closer and closer to the trade deadline the Pacers most certainly won't be the only team we hear this about, and now we wait to see what they end up doing. You can't publicly talk about blowing up major pieces and then not move those major pieces. That means it's only a matter of time before we get something. Buckle up.