The one-night music event 100% funded by and benefiting Weish4Ever's mission of uplifting families battling cancer. It blends concert and benefit bash, proving you can have a great time while also doing good. In sum, it's a 2,500+ person purpose-filled party highlighted by our headline artists.

CONCERT FOR A CAUSE

Bring joy & financial relief to families with adolescents & young adults battling cancer. The "AYA" cancer community is an underserved population of patients - making Weish4Ever's mission even more impactful. We strive to fill this void and be a vehicle for support. 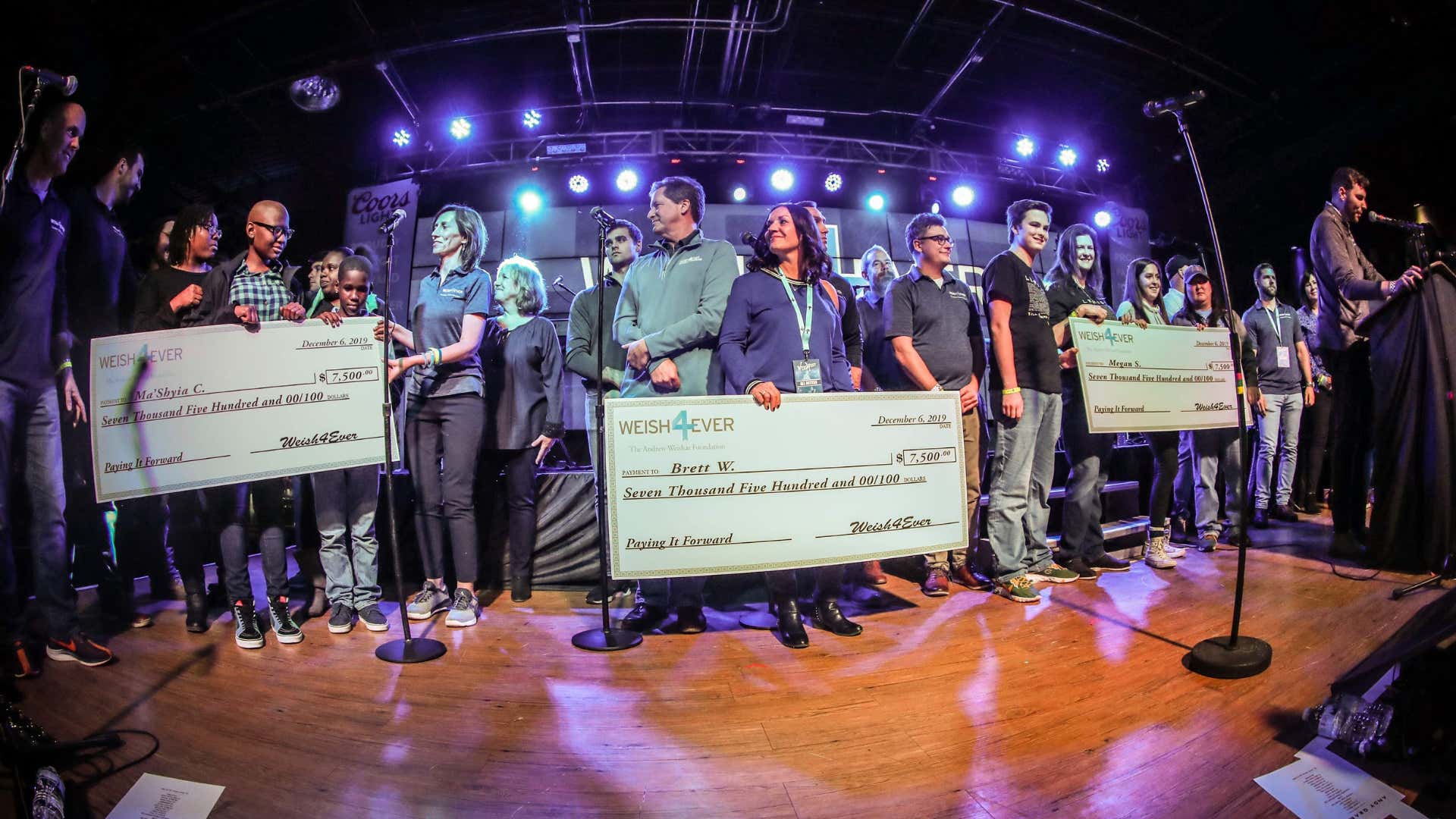 HOW IT ALL BEGAN

Inspired by its namesake, colorectal cancer struck Andrew Weishar during his freshman year of college. Over the next three years, Andrew valiantly battled cancer while a community corralled around him. As the end neared, Andrew asked us to pay forward the goodwill bestowed upon our family. From that promise, the Andrew Weishar Foundation was born. 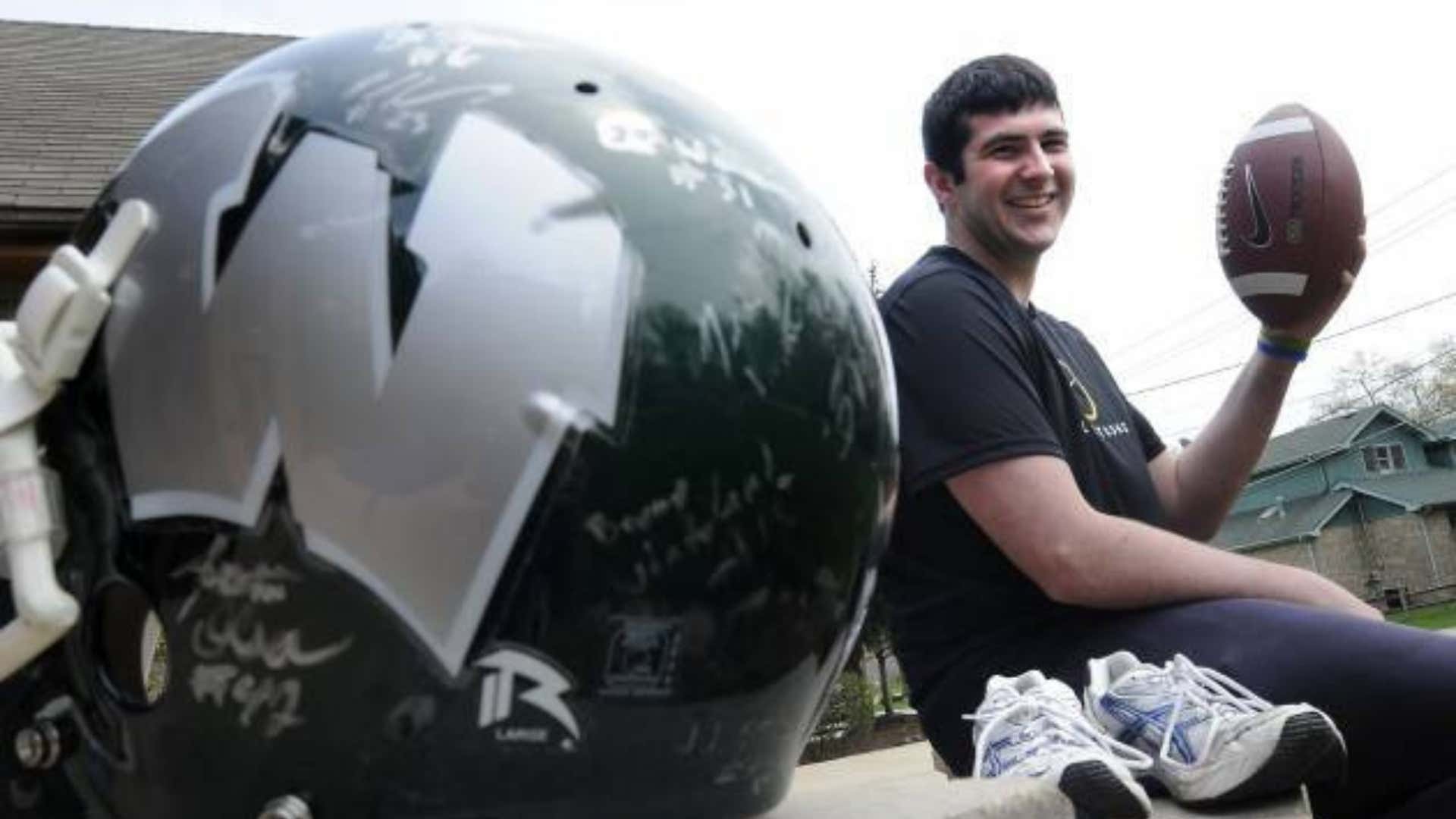 So if you live on, or are from the South Side of Chicago, chances are you know or have been to or have heard about the Weishar Family and Weish Fest.

The first time I heard about it was around 5 years ago. From White Sox Dave.

He told me in so many words that it was "the best party in Chicago, and the highlight of his winter every year."

Almost immediately after that first proclamation from Dave, I started finding out tons of people I was friends with or knew from in and around the city not only went to this thing every year, but were very close with Andrew or his brothers, and actually volunteered within the organization.

The timing sucked for me the past 4 years. I was always out of town for gigs and then last year was cancelled altogether so I was never able to attend.

This past Friday we rounded up the whole crew and trekked out to Merrionette Park, deep on Chicago's South Side.

It's crazy when you travel that far south to think that you're still technically in "Chicago". Although, come to find out, thanks to Carl's vast Chicago neighborhood knowledge, Marionette Park isn't actually part of Chicago. Nope, it's its own enclave. A small pocket of a few square miles, smack dab in the south part of Chicago, but incorporated on its own, with its own police and fire department, its own tax system, school system, etc.

Anyway, Tom, Danny, Harry and I ubered down there and when we pulled into a strip mall I was real confused. Were we stopping for gas? No sir. We had arrived at the famed 115 Bourbon Street. Home of Weish Fest.

Now I've been hearing stories about this place for over a decade. It's this monster 4,000 person cap space with a 4am liquor license that throws awesome parties on a weekly basis. I have some friends that have DJ'd there for years that rave about it. Friends from down there who have countless blackout stories. Needless to say, I've been looking forward to not only stepping foot in Bourbon Street, but getting to spin there for a long, long time.

There had to have been 300 people down the block in line waiting to get in. And this was at 6:30. We got ushered in by some of the staff running the event and got to meet Dan Weishar finally in person.

What a gem of guy.

Even nicer than advertised. And so was his whole family. And the rest of their team.

Everybody couldn't have been more accommodating, right down to the guests in the crowd standing shoulder to shoulder with us.

In all my time in Chicago, I haven't been to an event where I met more public servants (the good kind) under one roof. It seemed like EVERYBODY there was either a policeman or woman, in the fire department, a U.S. Marshall, in the FBI or married to somebody that was. And they all couldn't have been bigger Barstool fans, or more appreciative to us for helping to raise awareness for the Weishar cause, and funds for the Police Memorial Foundation.

I also joked throughout the night that I hadn't been in one place with some many Irish people outside of Boston. It was crazy.

Our friend's Foxtrot and The Getdown kicked things off and fucking crushed it.

They're obviously buddies of ours so we're biased, but man oh man are these guys good live. They had to open the room, which is no easy task, and by the end of the set had the room packed and moving.

Mark Roberge and O.A.R. came on after that and floored everybody. I knew he could sing but I was blown away at how full his voice was in person, and at what a true performer he is. They put on an incredible show.

After they performed, the Weishar family came on stage and presented this year's benefactors, people who. stared down cancer and kicked its fuckin ass, with checks to help pay their bills and to help launch businesses.

The entire room hung on every word and gave an amazing round of applause. It was awesome. 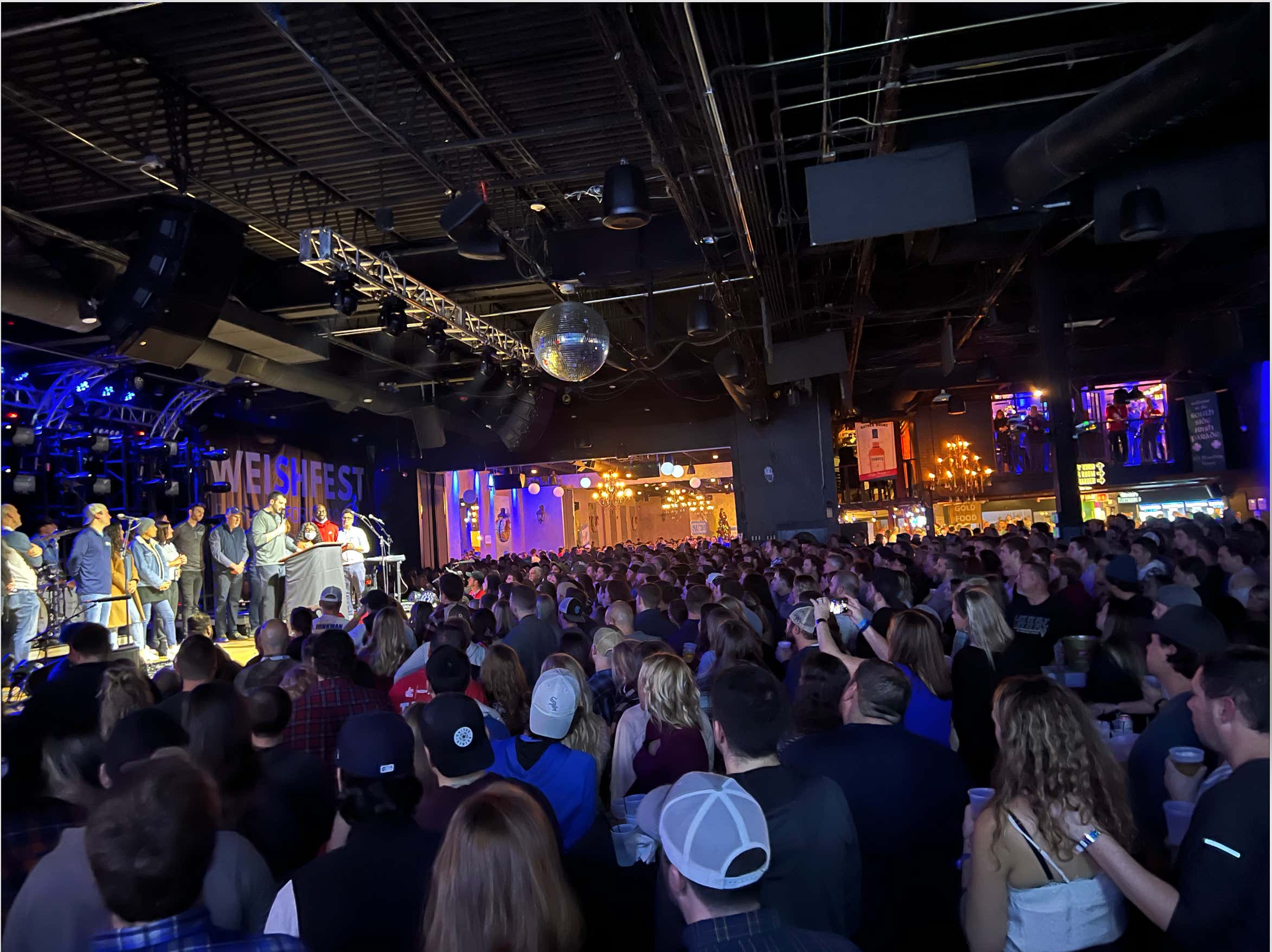 They closed out by introducing the closing act, Russell Dickerson, who took the stage after them and crushed.

I played after him and it was a shit show in the best way. 5+ hours of open bars tend to do that.

The highlight of my set was without a doubt dropping Chief's anthem, "Unwritten" and watching him lose his mind.

(Yes that's "Happier" by Marshmello behind it to give it a little boost, but the fact remains the song goes off in a party atmosphere.)

If you want the FULL recap on how the night went down, with everything from Dave's virtuoso performance, to Chief's and my insane hangovers, to Dave and Chief somehow rebounding 4 hours after the party to go hunting downstate with Sydney, to Mark Roberge being the fucking man, and everything in-between listen to this weeks episode of "On The Guest List". And like and subscribe to it while you're at it.

We also got to sit down with Chicago legend, and the guy who helped launch the careers of Twista, Kanye, Lupe Fiasco, Chief Keef, Chance the Rapper and more, Fake Shore Drive's Andrew Barber -

For more information on the Weishar Foundation, or to donate, check out their website here.