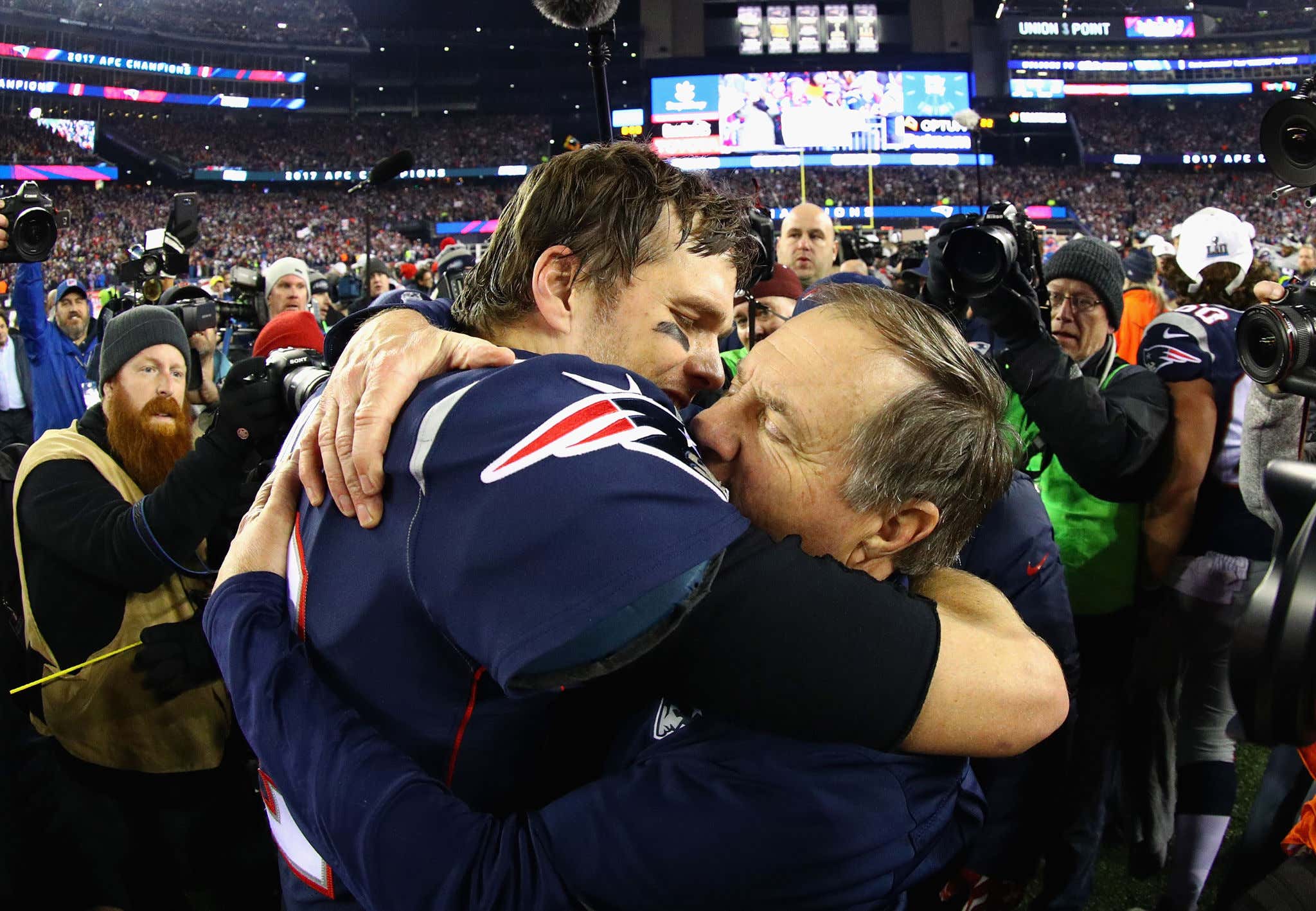 In my years of working for the Massachusetts Trial Court, I spent about six months assigned to a divorce court. And few things I've ever witnessed have ever given me greater perspective on life. I saw a lot of ugliness in there. To the point I found myself calling my mom on an almost daily basis just to thank her because I didn't realize how good my upbringing was. And how it made me want to be the closest thing I could manage to being Husband of the Year, if for no other reason than to avoid all that soul-crushing paperwork. Seriously, if a couple hated each other enough and was rich enough, their files would have to be brought into court in milk crates bungied to a two-wheeler like Hannibal Lecter. And when it hit me that every page of that represented billable hours paid to someone, that was enough to make me want to keep my sweet, sweet gig as my faithful Irish Rose's gentleman caller.

But they weren't all messy. There were times when couples just decided they were not right for one another, deserved happiness the marriage was not providing them, and amicably split. One in particular I remember because they were friends of a friend of mine and I'd met them before. They'd been together for years before jumping the broom and decided being married wasn't working out for them, by mutual agreement. Their folder was thinner than the one you bring to get your car registered. And the divorce hearing itself was so quick it could've been handled at a drive-thru window, if the court had one. (Million dollar idea by me).

The point being that not every breakup is terrible. In fact, some are best for all involved. The sides can agree to part ways, take the memories of their time together with them, move on with their lives, meet someone else, and not only survive, but thrive. Everybody wins. Which is precisely what is happening with these two crazy kids pictured above.

Obviously, it didn't look that way until very recently. Tom Brady packed his stuff into the moving van, hauled it down to the palm trees and lived his best life. For him, it's been all one long, continuous Golden Hour, with him and his new love making heart hands around the sunset. While Bill Belichick appeared to just be wallowing in loss and sadness. Kicking around the empty, quiet house in his pajamas, with nothing to keep him company but the haunting echoes of happier times. Or so it seemed.

But right now as we roll into yet another December playoff drive, it's finally time to declare that the divorce was best for both of them. The case for Brady is obviously so easy it doesn't even need to be said. But here's just one example:

He's coming off yet another Super Bowl MVP, and in all likelihood going to add another league MVP. While going into the postseason the prohibitive favorite to win an eighth ring.

That Belichick has come out ahead in the split requires a more nuanced argument. For starters, it's hard not to remember the 7-9 2020 season where his team finished dead last with 12 passing touchdowns (four of those thrown by backup QBs and WRs) and imagine that Brady would've gotten them into the playoffs.

But would he have? The Patriots would've been a damned sight better, without question. But would they have been the four games better they needed to be in order to make the postseason in a year where Indy was the final Wild Card team at 11-5? For a lot of reasons, that 2020 roster was the most bereft of talent in New England since 2000. It was a lost year here. With opt outs and free agent losses and a salary cap situation where the can had been kicked down the road as far as it could be, and finally had to be picked up and cashed in for the nickel.

But that's in the past. The 2020 season had to happen sometime, and finally did. And it netted GM Bill the 15th overall pick that got him his next franchise quarterback without cashing in a single extra crypto-penny of precious draft capital. While adding Christian Barmore and Rhamondre Stevenson, on the heels of a 2020 draft that got him Kyle Dugger and Michael Onwenu. All that would be swell if all we were interested in was hope for a bright, sparkling future of skies filled with rainbows made of unicorn farts and a smiling sun wearing sunglasses. But that future is here right now. As we speak:

And neither the hopeful future nor the immediate results of the present would be happening if Brady - as unquestionably, incredibly good as he's been - hadn't decided to give New England the "it's not you, it's me" talk.

The existential threat posed by Bill Belichick with a highly-capable quarterback on a rookie contract … means A) the Patriots' brief, post-Brady dip was short-lived and B) their rebuild/reboot can continue while the rest of the NFL is either tethered to a financial millstone at quarterback or trying to develop one.

Monday night’s AFC East showdown between the Bills and Patriots perfectly highlights the advantage the Patriots suddenly have in their possession.

And after explaining how the Bills have given Josh Allen $258 million and Mac Jones is just beginning to tap into his potential:

[Jones is] on a team that had kickass drafts in back-to-back years and just went on a highly-successful free agent shopping spree made possible in large part because they weren’t tethered to the relatively modest but still high-end price Tom Brady would have cost if they’d re-signed him.

Does that mean they made the "right call" in not giving Brady the two-year, $50 million fully guaranteed deal he sought in the summer of 2019? In a word, yes.

Brady would have kept the team competitive enough so that they likely wouldn’t have had a top 15 pick. His deal definitely would have made it harder to sign and retain the talent they procured. Jones probably wouldn’t be here and some of those free agents -- Matthew Judon, Hunter Henry, Kendrick Bourne, etc. might not be either.

Mac Jones wasn’t specifically part of the post-Brady master plan like Jimmy Garoppolo was. But a source close to the Brady negotiations indicated to me Belichick was adamant after the 2020 season that the Patriots’ offer was year-to-year and Brady’s 2020 cap hit couldn’t be more than $22 million.

That financial discipline guaranteed the Patriots nothing. But it did give them freedom. How much freedom? … Mac Jones is 40th among quarterbacks with an APY of $3.895 million. His base salary this year is $660K.

Look, no one wanted Brady to stay in Foxboro more than me. I would've signed him and re-signed him and kept re-signing him until the Heat Death of the universe. Because I didn't want my team taking its chances that it could land a Jimmy G or find a diamond in the middle of the 1st round of the draft. But Belichick was willing to take that risk, with all the confidence befitting a man who built thi Dynasty and rebuilt it several times over and had no doubts he could do it again.

And with Jones on his rookie deal, GM Bill was able to bring in the aforementioned free agents, as well as Jonnu Smith, Nelson Agholor, Jalen Mills, and Davon Godchaux, and to bring back Kyle Van Noy and Trent Brown. If Brady was still here, we'd have nothing less than the best quarterback in the league. But it's likely his best tight end would be Devin Asiasi, his best receiver after Jakobi Meyers would be N'Keal Harry, and his best defensive end would be Chase Winovich. With all the respect in the world to Brady, that's not a playoff contending roster, as we found out all through the second half of the 2019 season.

And if Brady was still here, our future would still be dependent on finding a young QB who can replace the GOAT, who'll be 45 next August. All while drafting in the 20s year after year.

So like I said, this is one of those situations where the split is working out for both sides. Yes, Brady's already got another ring. And for that, we should find it in our hearts to be happy for him. But we've met somebody new as well. Someone who's young and smart and seems like they're going to make us happy for decades to come.

Everybody wins. And as a child of this divorce, I'm finally being able to feel OK about it. For the first time since Brady ditched us, I'm starting to feel like we're going to get two Christmases out of this.