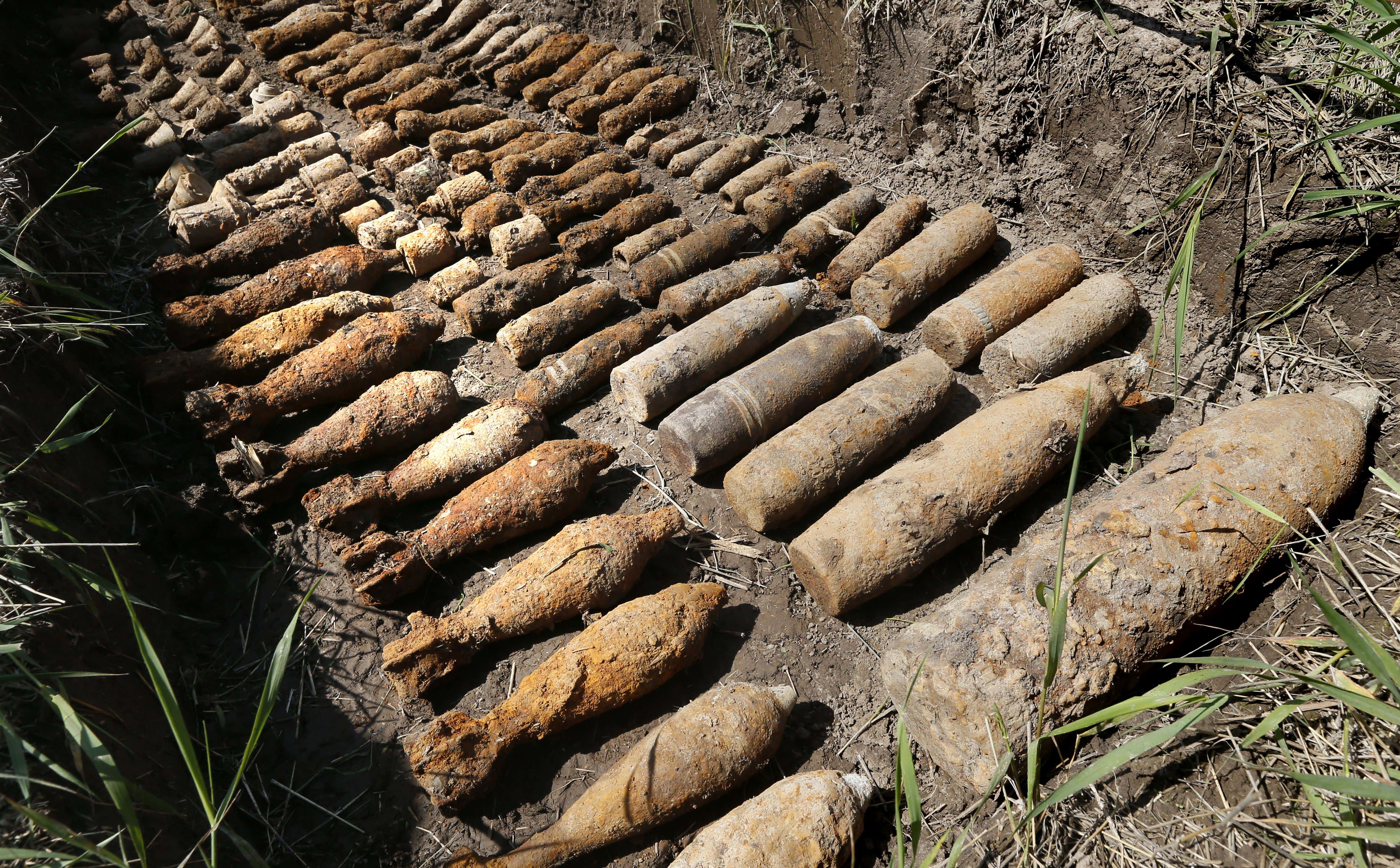 As anyone who knows me can tell you, I have a great passion for learning about history. Military history, most of all. Maybe it's due to early memories of my dad telling me stories about his service aboard the USS Solomons or war movies that I watched as a kid or the plastic army guys I played with or what, but it's probably a combination of all of these. History class never felt like a school subject for me as much as it was Story Time. A welcome break from things I actually had to study to understand. And rarely did I ever not enjoy it.

And that passion continues to this day. Why just last month, my brothers and I visited a military history museum in Hudon, MA, and it was fascinating. A vast storehouse of tanks, planes, landing craft and cannons from the early 20th century right up to the present day. All lovingly and painstakingly restored. Seriously, the place looked like real version of the drawings I filled my school notebooks with, minus the explosions and dotted lines for machine gun fire.

But such work is not for every body. It takes more than just dedicated history buffs with mechanical skills to preserve our military history for future generations. There is great risk involved as well. As an unnamed collector in the UK just found out first hand, as he was raced to the emergency room with an unexploded World War II-era shell stuck up his ass:

Source - Army explosives experts were scrambled after medics feared the anti-tank round could be about to explode.

The unnamed patient told doctors he “slipped and fell” on the 17cm by 6cm armour-piercing projectile taken from his private arsenal of military collectables.

It was later identified as being a World War Two 57mm shell that were typically fired from six-pounder anti-tank guns.

A source told The Sun: “The guy said he found the shell when he was having a clear out of his stuff.

"He said he put it on the floor then he slipped and fell on it — and it went up his a**e.

“He was in a considerable amount of pain. I think he collected military memorabilia.”

Police said they responded to “a report that a patient had presented with a munition in his rectum”. …

A defence source said: “It was a solid shot round. It was a chunky, pointed lump of lead designed to rip through a tank’s armour.

I've long had this theory that everyone is no more than two degrees of separation from one of these stories. First, because everyone has at least one person in their life in the medical field. And two, because everyone in the medical field has at least one story about someone coming into the ER with something unorthodox stuck in their butts. Hand tools. Condiment jars. Wine bottles. Coffee mugs. Major appliances, for all I know. Every nurse, doctor or orderly has one such tale chambered at all times, knowing that when they tell people where they work, they're going to get asked for a good Lodged Sphincter Items story, and they'd be ready to deliver.

And the stories always have the same punchline: "The guy (it's never not a guy for some reason) said he slipped and fell and it went right up there by accident." So I post this not to mock this poor military history memorabilia collector, because apparently these mishaps are extremely commonplace. I'm here instead to warn all you other buffs to be careful. Watch the way you display your 1940s 57mm armor piercing rounds. Make sure you have a quality, non-slip flooring in your store room. Or at the very least, quality footwear that will provide proper traction. And for heaven's sake, don't walk around your pieces without pants. Sure, it sometimes feels good to go Porky Pigging it around your historic relics as you contemplate the heroic deeds of The Greatest Generation as they freed the world from tyranny. But if all those other people in all those other emergency rooms with all their other collectibles crammed up their buttholes have taught us anything, it's that traipsing around inanimate objects pantsless is just asking for anal penetration. Word to the wise on that.