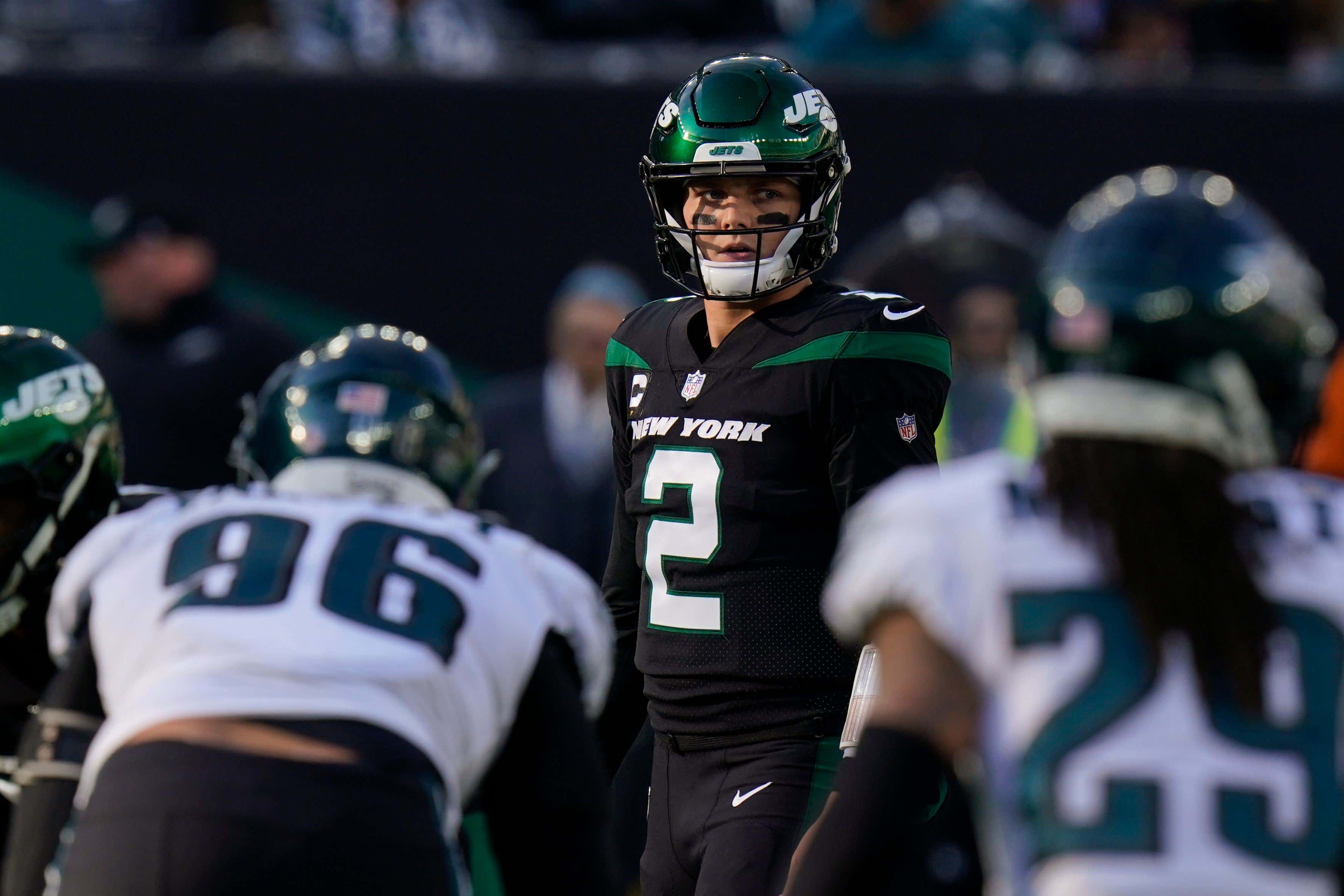 The Jets extended their franchise streak of 12 losses all-time to the Eagles. They still have never beaten the Eagles in the half a century they both have been in the NFL. In a game with a lot of adversity from the refs, I do not think you can blame Zach Wilson for this loss. The Eagles scored every time they got the ball. Alex Kessman missed two extra points after beating out Matt Ammendola who got cut. Ammendola was jacked so at least when he missed kicks it looked like he could stick a guy during kickoff. Zach Wilson looked decent today, besides that 4th quarter pick he overcame some of the first-half2 yips that plagued him earlier in the season.

The Jets scored in the 1st quarter, something that has been pretty rare this season. The fast start saw Zach Wilson's first touchdown pass in 80 pass attempts.

The Jet's offense actually looked pretty good in the first half. Things were looking up for the Jets, they were beating the Eagles for a good amount of time.

But unfortunately, the missed PATs and refs definitely were killing the momentum that the Jets had.

This stat is promising for Zach Wilson's future hopefully. Wilson starts maturing in his playstyle and he might end up being a weapon like Allen one day.

After this third touchdown, the Jets were then outscored by the Eagles 19-0, a run that was largely due to the Eagles' ability to control possession and a couple of offensive misfires.

Playcalling was getting aggressive until unfortunately, Zach got hit while throwing resulting in this pick.

Today was a great showing for Wilson, 23/38, 226 yds, 2 tds, and a pick is actually one of his better performances. The Jets struggled defensively in the second half. Gardner Minshew showed up and balled out. This game was another step in the right direction. With the draft picks next year and Wilson continuing to mature, the Jets could one day be an absolute wagon.