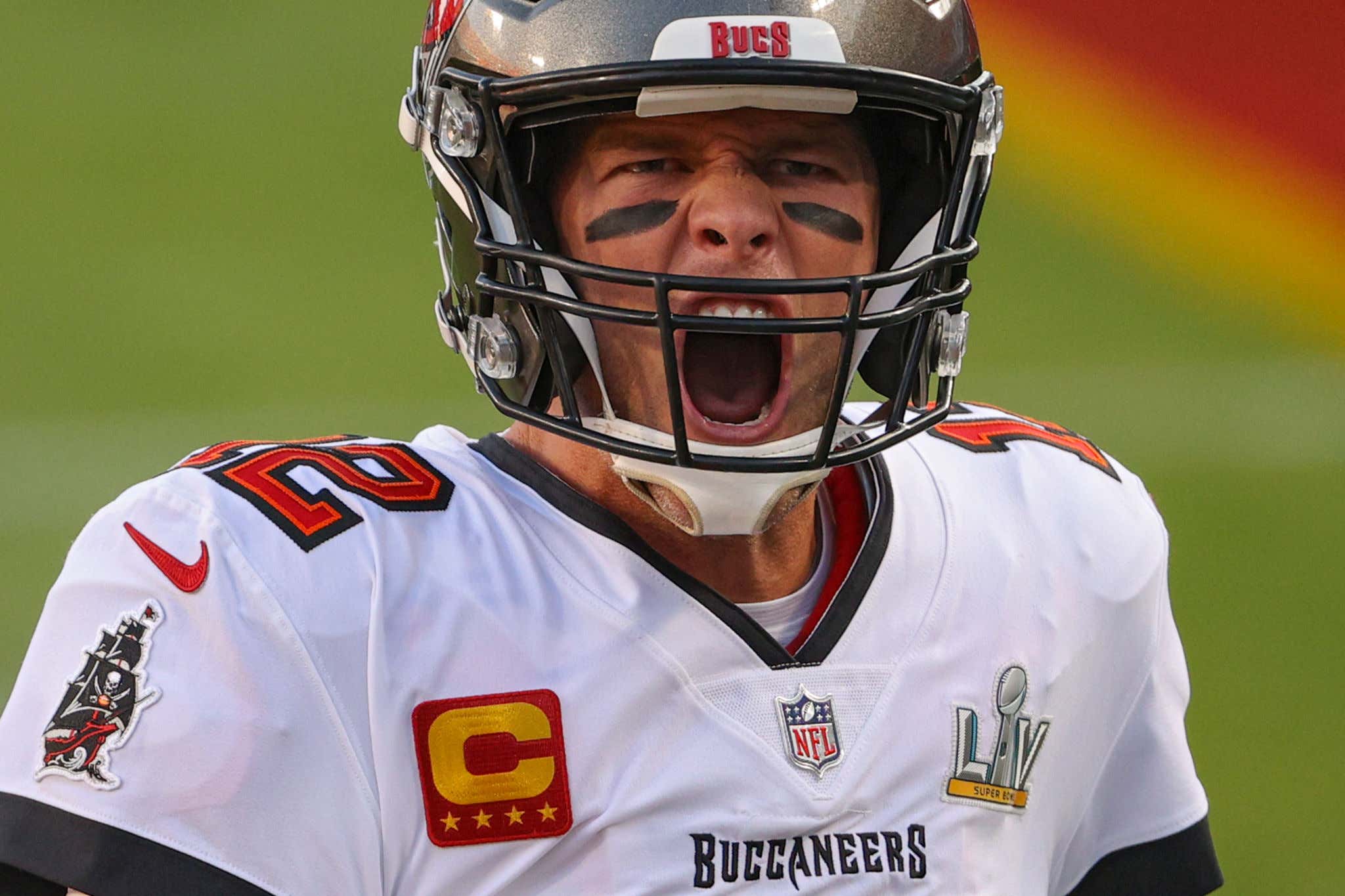 Tom Brady moved to 10-0 vs. the Falcons with the the Bucs defeating the dirty birds 30-17 today in Atlanta. He started the game looking to up his polling in the MVP race.

He capped that first drive off with a touchdown to One Hand Grab Lenny aka my co-worker Barstool Lenny.

The Falcons did answer with a nice drive led by Cordarrelle Patterson and Mike Davis to tie it up. But Brady marched the Bucs right back down the field to find my buddy Cam Brate for 6.

The Bucs continued to pour it on, led by Chris Godwin who had an NFL season-high 15 catches for 143 yards and Gronk who had 4 catches for 58 yards and 2 tuddies including this beaut:

The Bucs defense took over in the 2nd half and held Atlanta scoreless in the final 30 minutes led by Vita Vea and Ndamukong Suh who both finished the game with two sacks each.

The Bucs will look to drown the Bills next week as they come to Tampa on a short week after their showdown with the Patriots. Go Bucs!