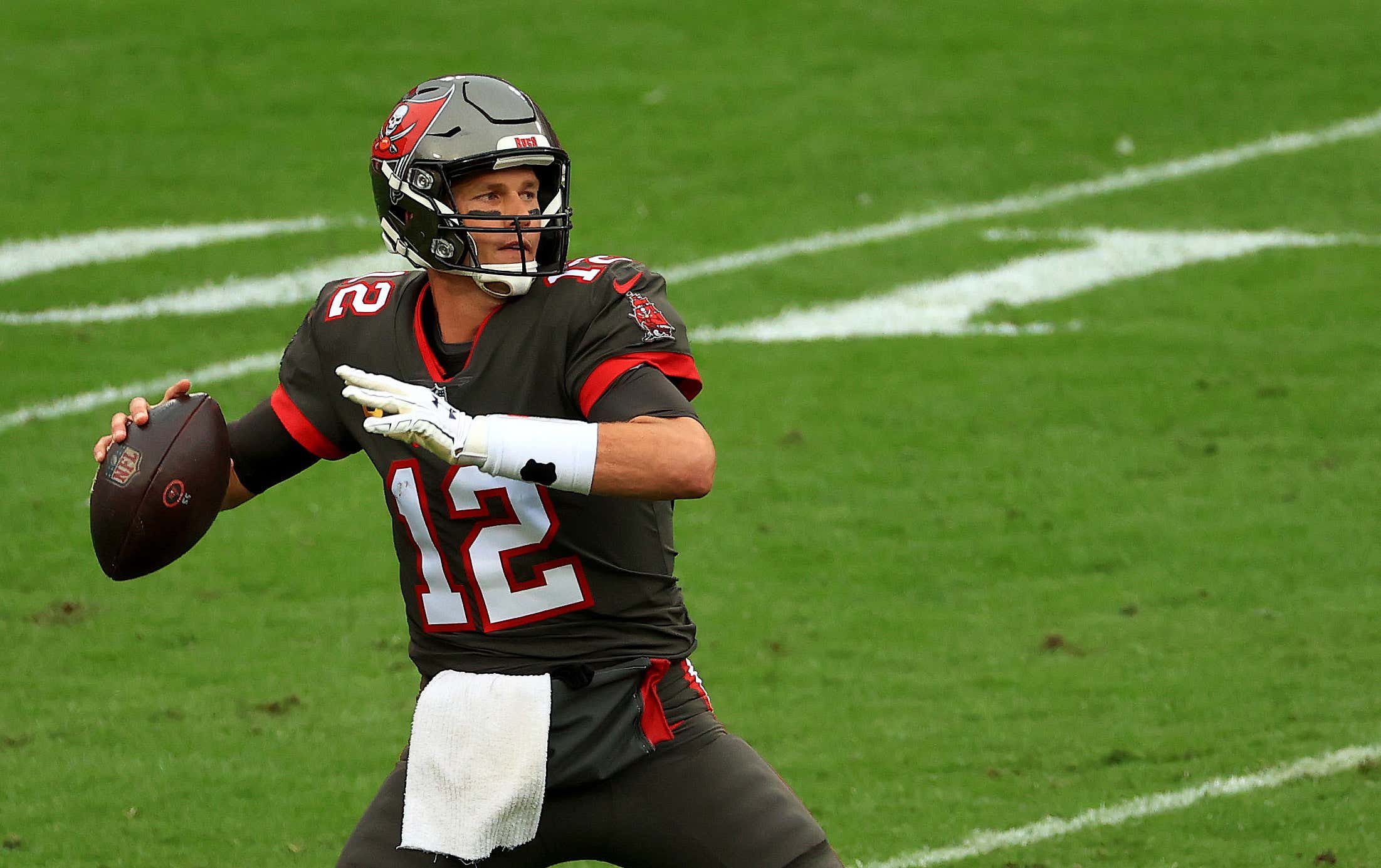 Tom Brady is the Atlanta Falcons daddy. Everyone remembers the 28-3 comeback from Super Bowl from Super Bowl LI, but even in his short time in Tampa, TB12 has managed to get even better against Atlanta. In three games as a Buc, Brady averages 355 yards per game and has 11 TD passes to just 1 INT. So I love Brady OVER 2.5 passing TDs and OVER his passing yardage today. I put together a big parlay at +1400 around those props:

The Evans OVER is now 60.5 yards, which I really like. He's crushed them in his last three games and averages 77 yards per game with Brady at QB vs. Atlanta. That would be higher but he hurt his knee early in the Week 17 game last year. He also had a poor game last week (6 targets 3 catches 16 yards) and Brady typically will not let his guys have two games in a row with that type of output. Look for a big bounceback today from Evans.

If you've been reading these blogs before, you know I won't be against the Bucs, but here are a few props that are pretty juicy:

- Matt Ryan OVER 1.5 passing TDs. He has 7 TD passes in his last three with the Bucs and had 2 or more in each one.

- Cordarrelle Patterson OVER 38.5 receiving yards. His rushing yards could get bottled up by the tough Bucs run D, but they'll certainly look to get him the ball in space and manufacture some touches, so I expect him to shatter this one.

The Bucs will also starting a 3rd string Safety with Jordan Whitehead likely to miss the game and backup Mike Edwards suspended. Ross Cockrell will likely get the nod at Safety, but the good news is the Bucs secondary is getting back to full strength with their CBs. Carlton Davis who got hurt Week 4 in New England looks set to make his return today. Good luck to all the bettors today and as always, Go Bucs!