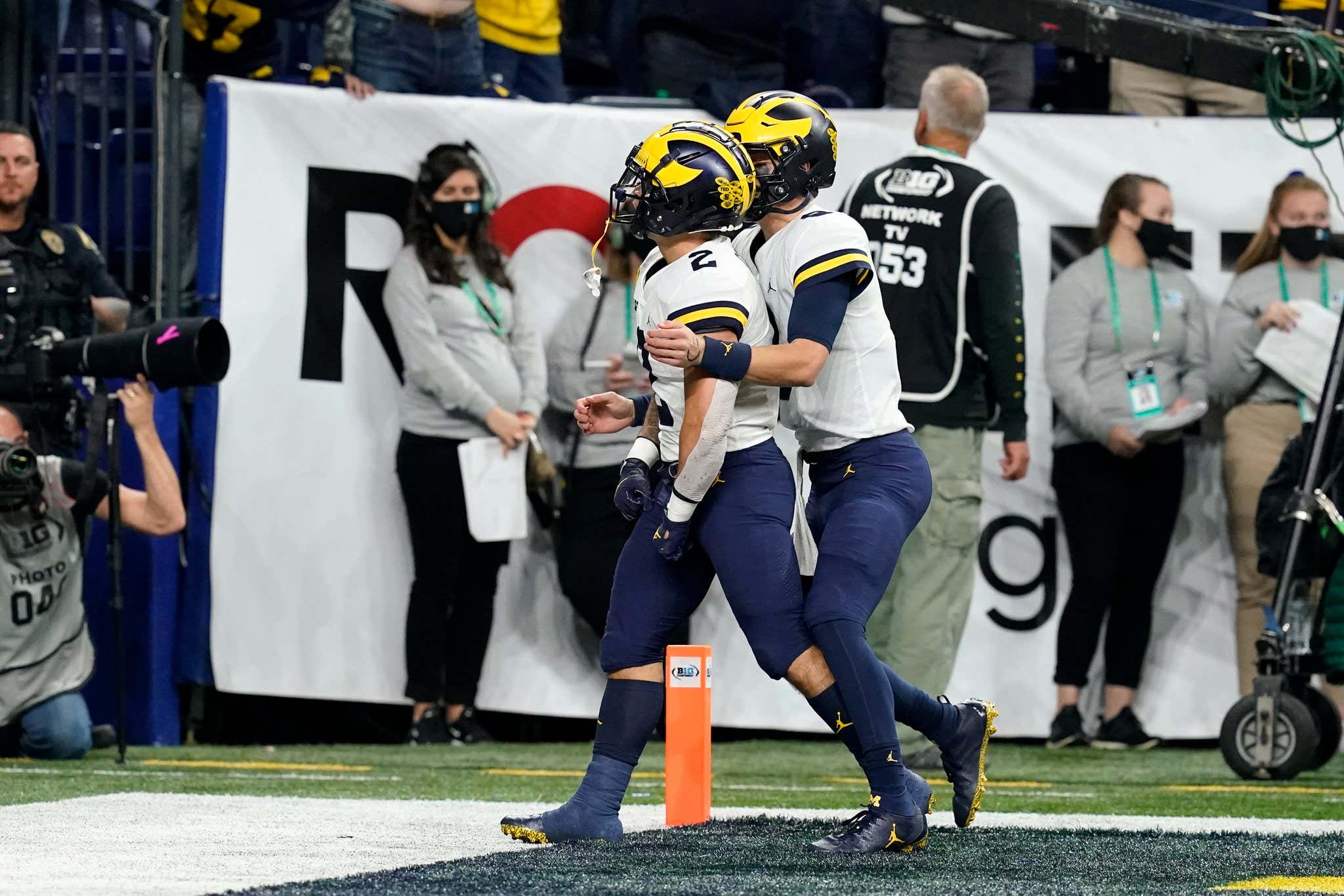 After 17 years of waiting, the Michigan Wolverines are Big Ten Champions. Expectations for this team were very reasonable coming into this year. Eight wins, maybe even nine in they get lucky. Just don't repeat last year's failures. Run the ball, actually play some defense, don't embarrass yourselves. Those were the expectations for the 2021 Wolverines, and they overachieved every step of the way. Now they are champions.

Michigan won this game the way they've won many games in the Harbaugh era, with an offensive line that wore down their opponents later and a defense that refused to let up. Oh yeah, there was a nice wrinkle or two in their courtesy of Josh Gattis. The difference is, this wasn't against Rutgers or Maryland. This came in Indianapolis, a place Harbaugh-led teams had never gone to in the past. It was the ultimate “F-U” moment for a team and a coaching staff that so many people, including some of the biggest Michigan fans, never thought they'd have.

I remember the last time Michigan won the Big Ten. I was in an Applebee's in Flint, Michigan, with my family on the night before we were about to take a flight down to Florida over Thanksgiving. Michigan had lost to Ohio State that day (which, even in 2004, I was growing tired of.) Iowa beat Wisconsin to help Michigan earn a share of the Big Ten and a berth in the Rose Bowl. While sitting in that Applebee's, I did not expect that I would have to wait 17 more years to see Michigan back at the forefront of the college football world. I could've done without App State; I could've done without Toledo or "Trouble With The Snap" or "The Spot" or any of the mind-numbing, heartbreaking earth-shattering losses that Michigan football has had over the last 17 years. But as the seconds ticked down at Lucas Oil Stadium tonight and the realization of the dream started to set in, all of those painful losses instantly started to hurt just a little bit less.

I have never in my life been more proud of a team.

See you in the playoff, boys!