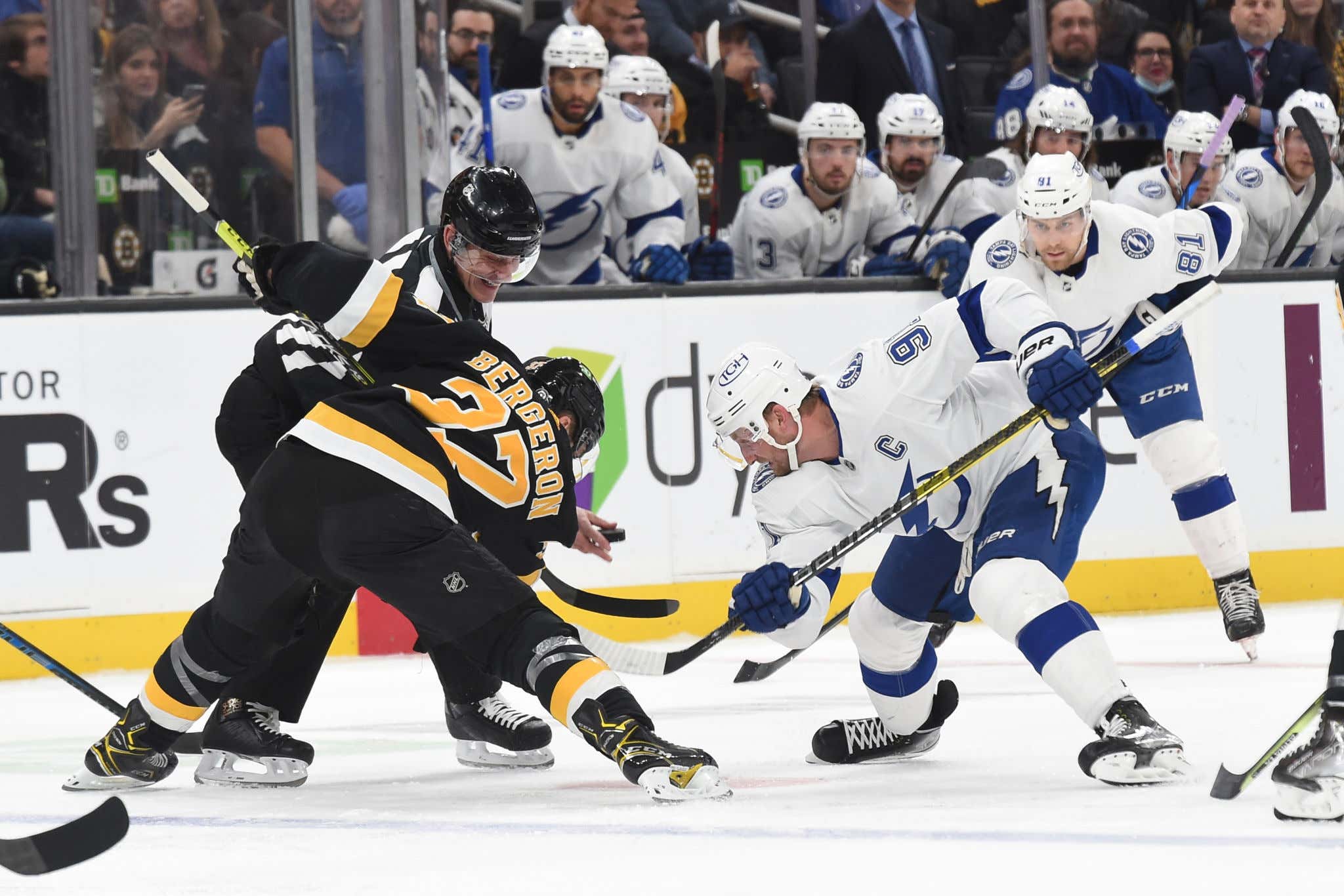 Despite trailing 2-0, the B's rallied to earn a point against the Tampa Bay Lightning, falling 3-2 in OT. Let's get into it.

Taylor Raddysh opened the scoring for Tampa shorthanded with 5:47 left in the 1st. 1-0 Lightning.

Charlie Coyle pulled the Bruins within one after a slick feed from Erik Haula. 2-1 Lightning.

Curtis Lazar got a fortunate bounce and roofed one backhand to tie the game early in the 3rd. 2-2.

After David Pastrnak was denied on the breakaway (looked like he was hooked by Sergachev), Steven Stamkos slapper ended it for Tampa immediately after. 3-2.

- Defenseman Charlie McAvoy did not play tonight (non covid related illness). Jack Ahcan was recalled from Providence and slid onto the 2nd pairing alongside Derek Forbort. Grzelcyk - Carlo on the top pairing, Reilly - Clifton on the bottom. Still no word on how severe Jakub Zboril's injury is. Ahcan looked really good, only played 15:31 but made the most of his minutes. Some really nice breakouts. Definitely deserves another look in this lineup.

- Frustrating to see the B's down 2-0 to the Lightning despite outshooting and outperforming them early. B's hit 3! posts midway through the game. Pastrnak with 2 of those.

- Nice to see some chemistry start to develop between Charlie Coyle and Erik Haula. Last few games it's been evident. I don't think Coyle is the answer at 2C but he's looked good with Haula and Smith. If only that was your third line… Good to see Haula respond after getting scratched.

- Taylor Hall did everything but score tonight. Was all over the ice. He is beyond due.

- Jake DeBrusk had the motor going tonight, the better he plays the more it benefits himself and the B's. 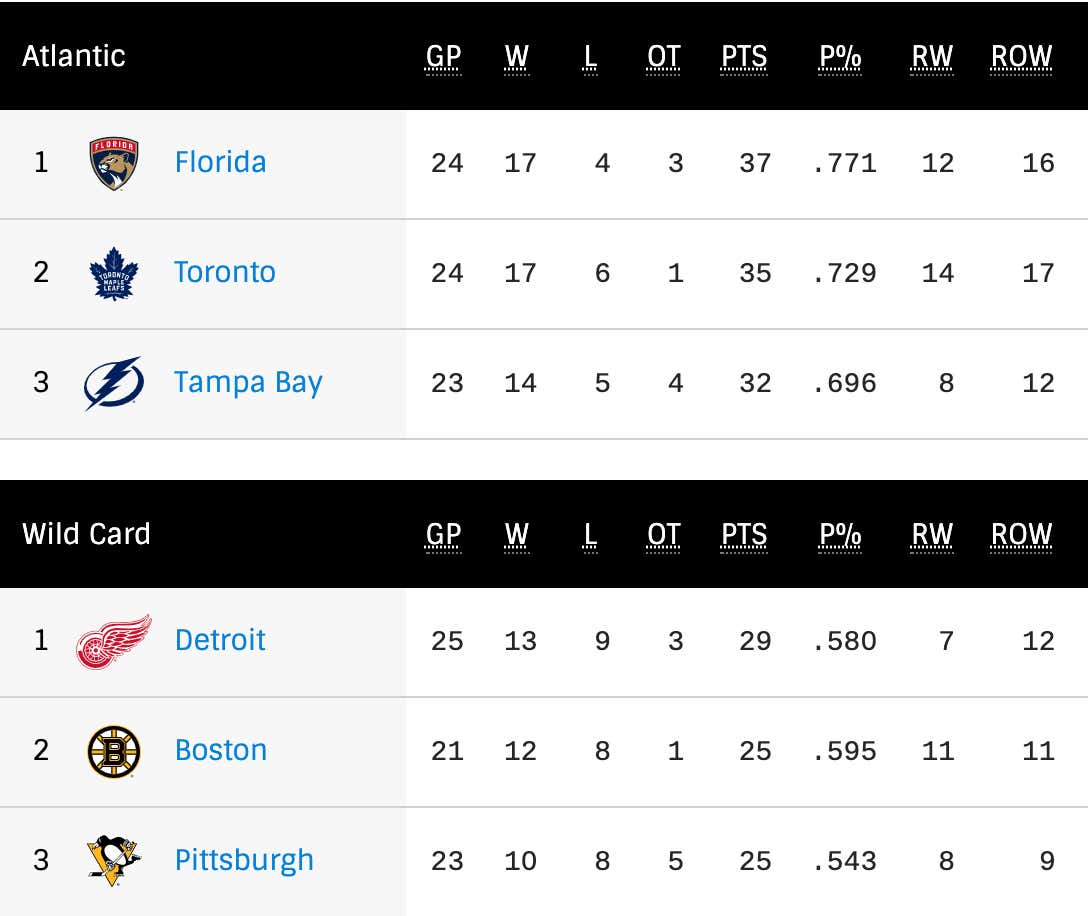 - No Kucherov or Point for Tampa, but they're still Tampa. That's who you're trying to catch right now in the standings.

- Jeremy Swayman got the start in net. Tough bounce on Palat's goal in the second, but I think he could've positioned himself better on Raddysh's shorty. However some huuuuge saves made by Swayman late in the 3rd to preserve the game and save the point. Timely saves. Swayman finished the night with 22 saves on 25 shots.

Bruins the better team tonight, one of their better games, even without Charlie McAvoy and Brad Marchand. Oh and against one of the best goalies in the league in Andrei Vasilevskiy. Doesn't feel good but we'll take the point, especially after being down 2-0.

B's are back at it on Wednesday night when they head out West to take on the Vancouver Canucks. Brad Marchand's first game back from suspension. Should be a good one.

I had Ty Anderson on my podcast to break down the Marchand suspension, talk about potential trade destinations for Jake DeBrusk and do a state of the Bruins 25% into the season. Smash that subscribe button on Youtube!