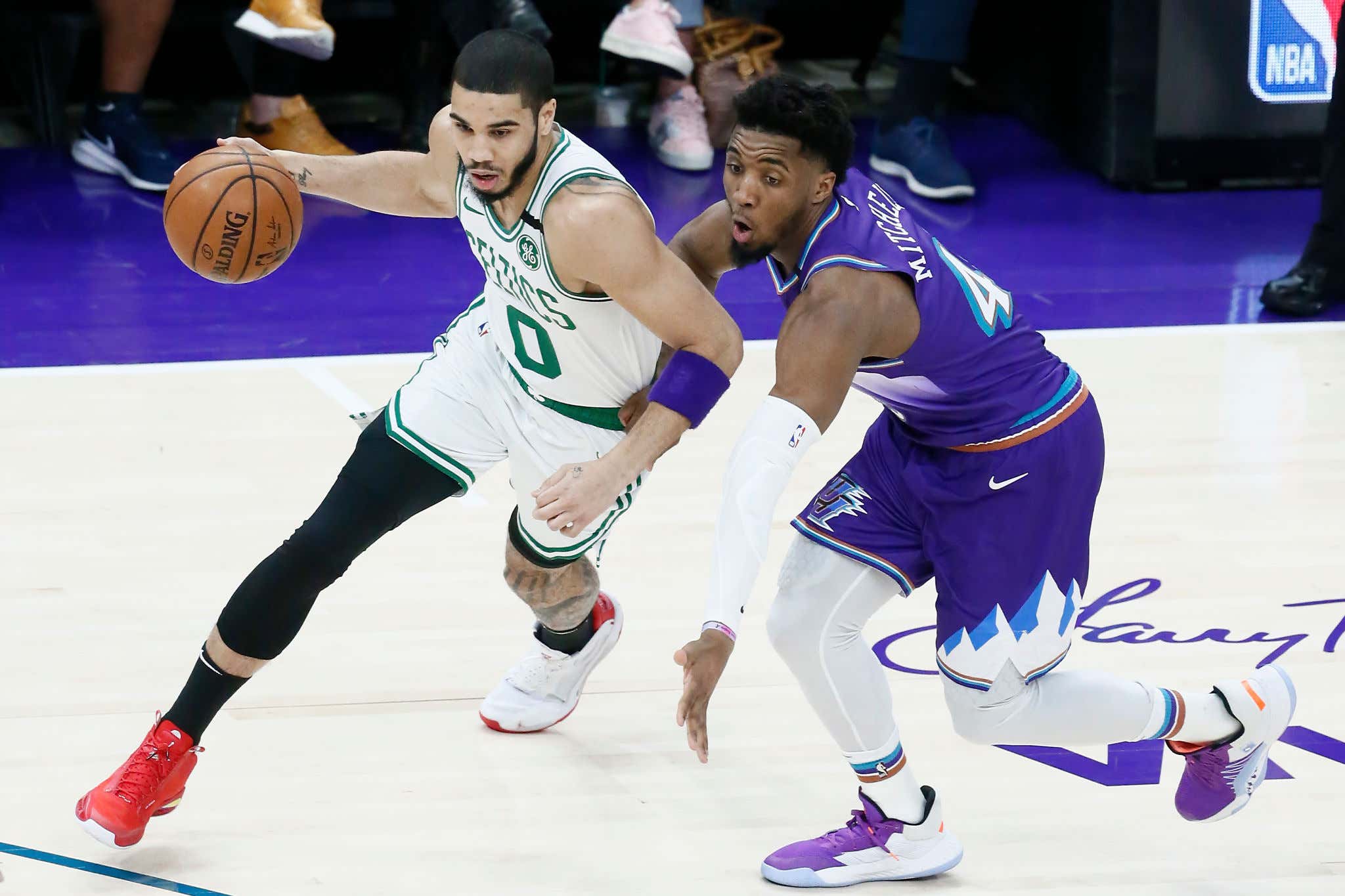 Alright, first West Coast trip of the season. Unlike previous years where maybe you look at that trip and see one or two games against "easy" opponents, that is not the case with what the Celts are about to endure. This 5 game in 7 day stretch includes UTA/POR/LAL/LA/PHX. Even if you think the Blazers game should be easy, it comes on a B2B, as does the Clippers game. One way or another we're going to learn a lot about this group during this trip. Any time you go out West for a 5 game trip ideally you're looking for at least 3-2. Anything better than that is gravy, but given how inconsistent this team tends to be, 1-4 or 2-3 is absolutely on the table. Personally, I think 3-2 would be pretty massive because once they return from this trip the Celts go right into a run of MIL/GS/NYK/PHI/CLE. As you can see, things can easily snowball if this team doesn't have their shit together.

You can usually bank on some weird stuff happening in these late night West Coast games, it tends to happen every year. A random dude goes off for 8 threes or some shit. You find yourself not locked in defensively against any of these teams and things are not going to end well for you. Looking at the offenses the Celts are about to face

there really isn't a ton of room for error on that end. Speaking of tonight, we know that Donovan Mitchell can take over and beat you by himself. Remember the last time we saw Mitchell play this team in his own building?

So if the Celts want us to buy into their recent elite stretch of defense over the last month, it's time to prove it against not only the best all around offense in the NBA right now, but one of the best scoring guards the league has. That's what this trip, and really this entire month, is for this team. We all want to see how they do against good teams for a prolonged stretch. That's exactly what we now get. It's why I think we'll learn a whole lot about what type of team we're dealing with here. They've been inconsistent at best, but when they play to their ceiling they've shown they can hang with anyone. The issue is when they play to their floor, they are the worst team in the history of the sport.

Stopping this Jazz offense is sort of a pick your poison situation. For starters, they are 2nd in the NBA in 3PM at 14.9 and shoot 35.7% as a team. For comparison sake, the Warriors make 15.1 3PM and shoot 36.7%. Celts so far have been pretty average at defending the three (14th in 3PM) in terms of totals, but are much better in terms of percentage (9th at 33%). What makes the Jazz tough is that three point shooting comes from a ton of different people. They have 4 players that are shooting at least 39% from deep. If you expand that to 35% you get to include Royce O'Neale who should play tonight. The scary part is that does not include both Donovan Mitchell and Jordan Clarkson, two guys who can absolutely get hot and carry a game. So really, there are 6 rotation guys that you have to respect and worry about from three. Guys like Conley, Ingles, and Bogdanovic are all at 39.7% or better on high volume. The first thing the Celts have to do tonight is take away the three, or at least make it as hard as possible to get clean looks. Keep an eye out for how Ime has his team switching on the perimeter.

When they aren't burying threes, they are destroying teams in P&R. The Jazz are 3rd in the NBA in P&R ball handler offense frequency and rank in the 100th percentile. Conley/Mitchell are P&R masters. If you over help, they can simply lob it to Gobert. Of his 156 FGM this season, 30 have been alley oops and 70 have been dunks. With both those shots, he's 100-111 on the season. Add in his 39 made layups, and there's no denying Gobert is one of the best finishing big men in the league. My concern here is if Ime is going to play Kanter over Grant in this matchup, the Jazz have the guards and the brains to expose him in P&R drop coverage.

With Jaylen out, there's also real reason to be concerned with how the Celts can score against this Jazz team. As good as the Celts have been defensively (5th), the Jazz are right there coming in at 6th. They give up the 3rd fewest points in the NBA at 103.4. Teams shoot just 43/32% against them, and that three point defense is the 3rd best in the league. This is problematic because the Celtics LOVE to shoot threes, even when they probably shouldn't. That feels even more true when someone like Jaylen is out because maybe they feel like that's the only way they'll be able to keep pace. If it were me, I would avoid heavily isolation, mostly because the Celts are bad at it but also because the Jazz rank in the 75th percentile defending iso. Where they struggle is defending P&R, so I'd like to see Tatum/Smart/Schroder etc run that over and over again. Force Gobert to make a decision. Post ups? Probably not the best idea. The Jazz are the 4th best team in the NBA at defending the post. Unfortunately, they are also the best team in the NBA in terms of limiting spot up opportunities. You can see why this is going to be a daunting task tonight. The Jazz are a team with very few weaknesses, a very good coach, and elite high end talent.

It goes without saying, but if the Celts want to have a chance tonight, they can't afford to go through a 2-16 Tatum performance. The challenge becomes finding ways to get him clean looks against one of the best defenses in the league that will absolutely do what they can to key in on him. Supporting role players are going to have to play above their weight, and that'll be true for this entire trip as long as Jaylen is out

They were able to kick off this brutal month with a win over the Sixers, a game many probably thought they would lose since Embiid was back. Now they have the opportunity to kick this brutal West Coast trip off with that same type of positive momentum. You need to steal as many of these games as possible, and snagging this one in UTA could go a long way to finishing this trip 3-2 as opposed to a disaster 1-4.