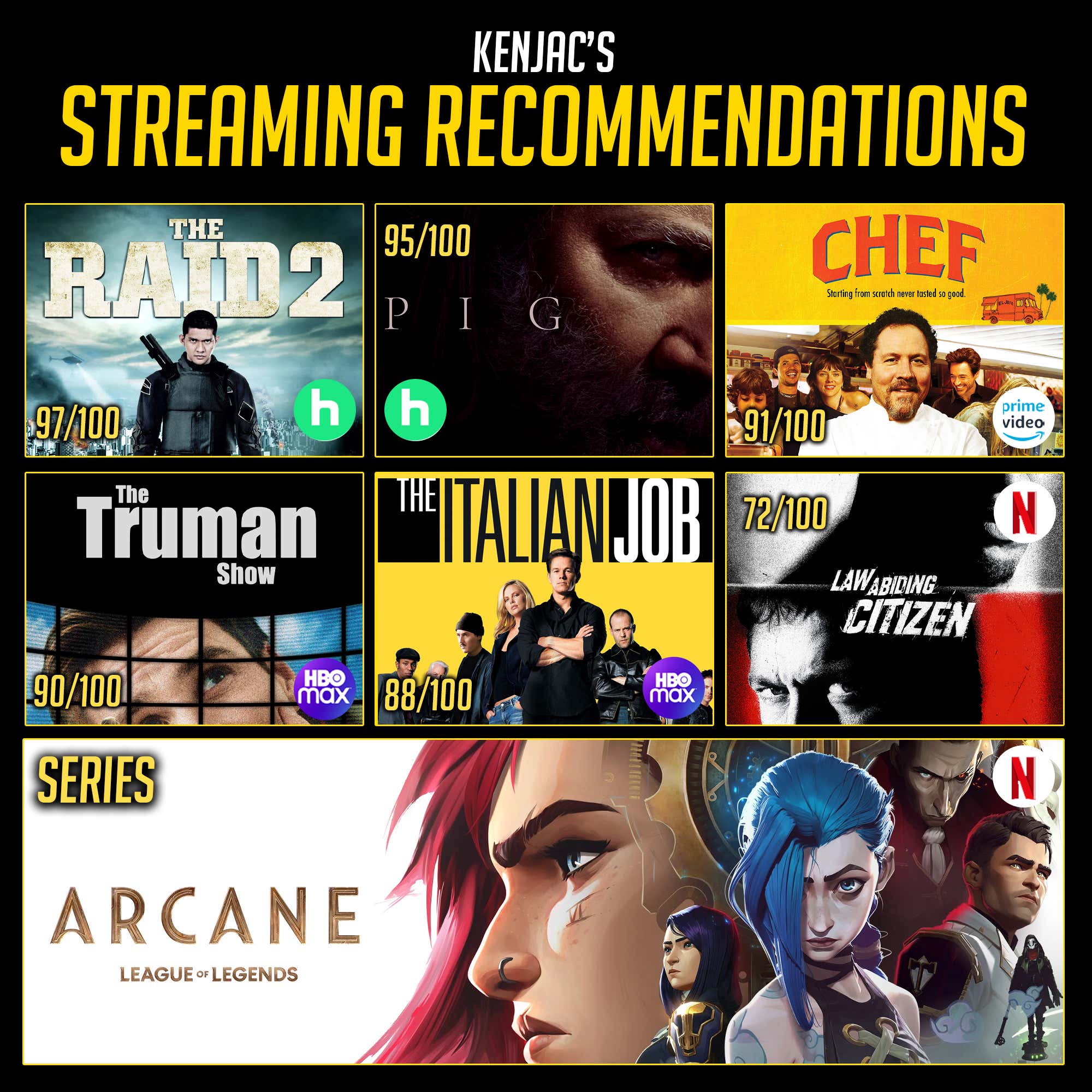 1. Law Abiding Citizen - Netflix: This is one of my ultimate guilty pleasures. It just fondles that beautiful dudes rock portion of the brain that we can all appreciate.

2. Life - Netflix: To me, this is one of the best Eddie Murphy movies. The combo of him, Bernie Mac and Martin Lawrence is incredible and it has a TON of laughs along the way.

3. The Italian Job - HBO Max: One of my favorite heist movies that is seemingly never on streaming. Catch it while you can.

4. Se7en - HBO Max: This movie is so fucked in the best possible way. You can kind of see how the main villain managed to get to such a dark place in retrospect.

5. The Truman Show - HBO Max: This movie is outstanding. Not only was it great at the time, but it sort of prophesized the reality-obsessed era.

6. The Raid 2 - Hulu: This is one part of the greatest duo of action movies ever made. If you never watched either of the Raid movies, they will seriously blow your mind.

7. Pig - Hulu: This is a bit of an artsy movie, but it is so weird that I think a lot of you will love it. Watch it for the top-tier Nic Cage performance if nothing else.

8. Con Air - Hulu: Lets do back to back killer Cage roles! It might be an over-loud, schlocky mess, but that is why we love it.

10. Chef - Prime Video: An impossible to hate movie that makes you hungry as hell for some Cuban sandwiches.

2. Cowboy Bebop(Animated) - Prime Video/netflix: For those of you disappointed by the live action version, watch this to cleanse the palate. For those of you that never watched this anime, I promise it is worth your time. It's one of the least anime-ey anime ever made.

3. The Americans - Prime Video: Honestly I just saw it while looking for something and got reminded of how excelent of a series it was. Perfect blend of espionage, drama and action.