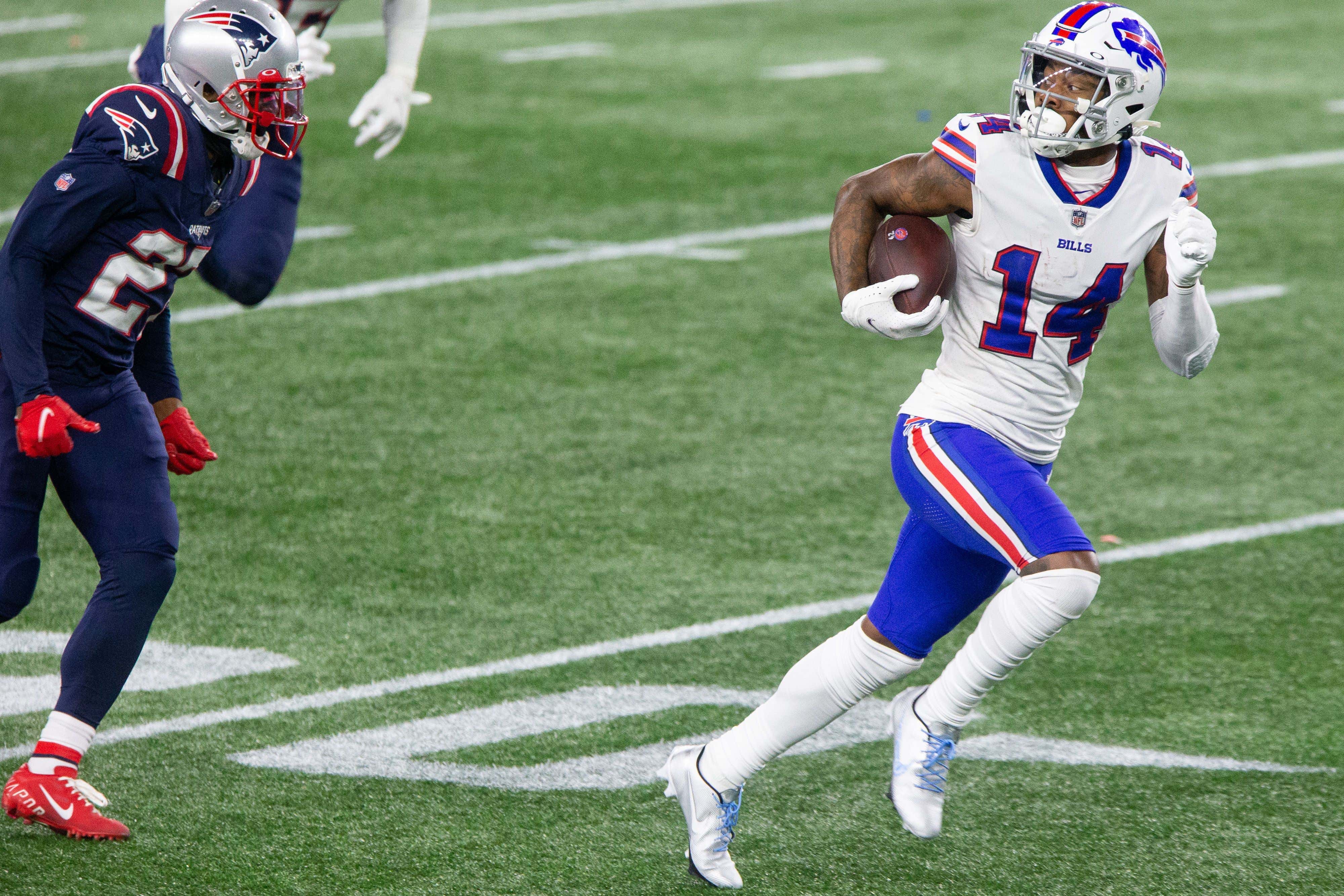 I have a lot of empathy for the Buffalo Bills and the Bills Mafia. Sincerely, I do. Our goals may be at cross purposes with one another, but particularly in this time of goodwill and fellowship, I can have some compassion for them, as the Baby Jesus would want me to.

I mean, imagine being them right now. For the first time in as long as most of western New York can remember, they finally broke through last year and ended the unholy reign of terror that was their existence in the AFC East: 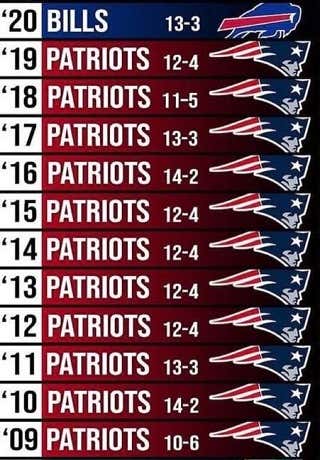 The Bills media though? They are another story. Reading, hearing, and watching them scream into the void over the prospect of having to spend another 20 years covering a dominant Patriots team is pure bliss. The same outlets who covered the post-Brady year with such unabashed joy are now forced to do the rarest thing in all of journalism: Print a retraction of an obituary.

Here are three examples, and like the eponymous wings city gave the world as it's greatest cultural contribution, we'll go from mild to spicy to super hot. How many years have the Buffalo sites had to publish this kind of content, and thought these days were over?

Few games in recent memory have been sweeter for Bills Mafia than the last time Buffalo and New England met. It was another Monday Night Football game. The Bills won 38-9 on the back of three touchdowns from Stefon Diggs on December 28, 2020. … New England hasn't lost a game since mid-October. Meanwhile, the Bills have struggled to string two wins together during that span.

Again, that's just more of a straight news piece to get our appetites warmed up. But even still, it establishes the dynamic. Total dominance that seemed to end last year, once and for all. Only to look like it's returning and the Bills are suddenly in second place and catching the Patriots at exactly the wrong time.

Turning it up a notch:

Source - There is no scenario where it is good for the sport if the Patriots line up, and start winning divisions with a guy named Michael McCorkle Jones. This man has already trademarked his “TB12” with “MJ10”, and while that’s totally fine… COME ON DUDE. …

We just finally watched a narrative die off, never to be seen again. And yet, here it is rearing its ugly head. …

It has already begun. …

While their former G.O.A.T. quarterback continues to succeed and win Super Bowls and rob us of anything interesting happening in the NFL, here, apparently, comes New England to threaten to bore up the AFC the same way.

A Brady vs. Belichick Super Bowl would be an all-timer, right?

Repulsive. COME ON DUDE. Not good for the sport. Ugly head. Bore up the AFC. Disgusting narrative. In my best Obi Wan voice: Why I have not heard these words for a looonnng time …

But let's just dump the entire bottle of hot sauce on here. You're gonna need a bigger side of bleu cheese dressing:

That’s what it says, in caps, on the back of Josh Allen’s helmet.

Shouldn’t there be an asterisk?

*Except for the Patriots.

Our polarized nation does not agree on many things, but on this we do: We hate the New England Patriots. …

Bills fans were not alone in thinking the division crown would now belong to Buffalo. The acid-penned writer Drew Magary gleefully wrote this of the Pats for the website Defector before this season: “No more Super Bowls. No more dynasties. Those days are gone now, just as we all prayed for. This is a team that ceded dominion over the AFC East to the Buffalo Bills.”

That would be this Drew Margary:

And thank you. This is just one of the many things that were sadly missing last year as Cam Newton left the ball on the ground in the Bills red zone, costing us a win. And then on the Monday nighter in late December when absolutely nothing went right on either side of the ball and Jarrett Stidham came in for the second possession of the second half.

Those two losses were the first season sweep by the Bills since 1999. It felt at the time like it meant Buffalo had, at long last, gone past the Patriots after two decades of futility. But now it seems all those losses did was push the Patriots far enough up the draft board to get Mac Jones. Thus planting the seeds of the Bills own destruction. And from the sound of it, they realize that in Buffalo too.

Hope they enjoyed it while it lasted.