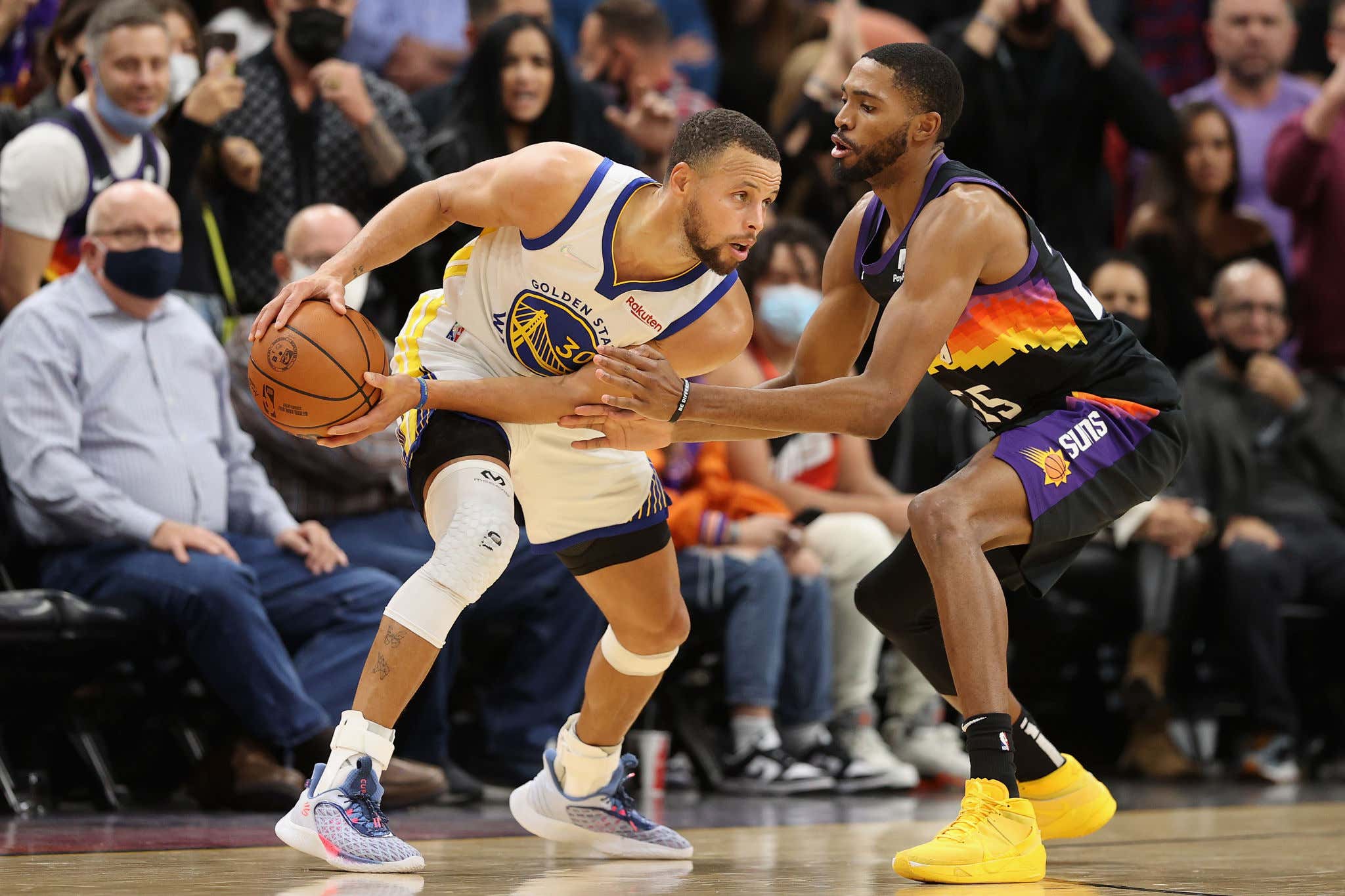 Safe to say when these two teams met up on Tuesday, that game lived up to the hype. There's nothing quite like watching the two best teams in the NBA go at it. The Warriors were getting all the national love heading into that game despite the Suns being on a 16 game winning streak, and all they did was once again prove to the world just how legit they are. If you're someone who is still trying to deny that very clear fact or somehow refuses to believe what both your eyes and the data are telling you, well then you're just looking to clean up at the Playa Haters Ball or something.

Which brings us to tonight. I dunno about you, but I really like these quick turnaround home and home matchups. They're like mini playoff series. You get to see each side made immediate adjustments and then additional adjustments to those adjustments. What makes tonight's game unique is the fact that the Suns actually played last night. Their winning streak is now up to 18 games. Already without Devin Booker, having to play the next night in Golden State against a "rested" Warriors team and motivated Steph Curry feels a little mean. The schedule makers did the Suns no favor there. If the Warriors can't win this game tonight, that's a pretty rough look for a group that has been lights out all year. Chances are Steph doesn't have the worst shooting performance of his career, but Steve Kerr is going to have to help his star player out.

What made the Suns win so impressive was their approach at defending a team that seemed to be unstoppable. Fronting their bigs was a huge move that the Warriors hadn't really seen before. You add that with how Mikal Bridges was able to then blow up screens for Steph and it makes sense why they were so effective. Draymond even talked about it

You could argue that maybe the Suns shouldn't have shown all their tricks in a regular season game this early in the season because now that shit is on tape for a potential playoff matchup, but who knows what else Monty Williams might have up his sleeve once the Warriors adjust.

From what we saw the other day, I think it's fair to say these teams will most likely be pretty even all year long. They both are at least 4 games clear of the #3 seed (UTA), and seeing as how they are both in the same division, head to head matchups are crucial. Think about it, if these teams meet in the playoffs, if you're the Suns do you want to face Steph Curry in a Game 7 in his own building? Especially when Klay will be back? Hell no. You want homecourt, and an important step in getting that is winning your head to head matchup against the Warriors. If they are able tonight, they guarantee at least a split. Their next game is Christmas, and that's around when Klay will be back. After that, they won't play again until 3/30.

What I'm curious to see is what the narrative around the Suns will be if they are able to go into GS and beat the Warriors again coming off a B2B without their second best player. If anyone is built to handle the loss of that type of production, it's the balanced roster in PHX. But deep down I can't shake the feeling that we are about to get vintage Late Night Steph Curry. You know, the one that goes nuclear in a way that you cannot look away. He's heard all the talk about Bridges shutting him down. He knows these matchups are important. There are few things more terrifying than a version of Steph Curry that's out for blood.

Tonight is another prove it opportunity for both sides, and all I ask is that we get another close game. There's nothing better than watching the best teams in the league play in high pressure situations. Give me a playoff level feel in December. I feel like that's not a huge ask.